Tide defense made impression with 2nd-half effort vs. Georgia 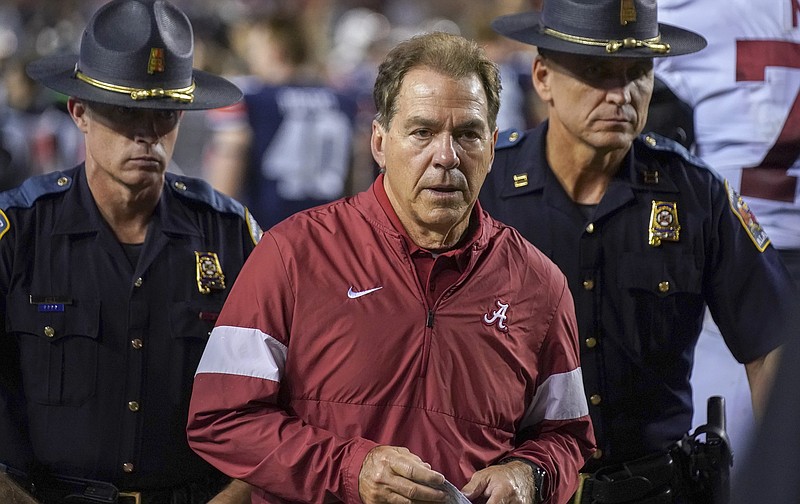 FILE - In this Nov. 30, 2020, file photo, Alabama head coach Nick Saban walks off the field after losing to Auburn in an NCAA college football game in Auburn, Ala. The mid-week news that Alabama coach Nick Saban tested positive for COVID-19 added a challenging backdrop for the season’s first Top 5 matchup. Saban figures to be communicating his marching orders and input from home while offensive coordinator Steve Sarkisian is manning the show within the football building. (Chris Shimek/The Decatur Daily via AP, File)

Alabama's defense now has something to build on -- a second-half shutout against a top-5 team.

It's no small thing for a group that was victimized by Mississippi and trailed No. 4 Georgia 24-20 at halftime.

The second-ranked Crimson Tide hope that second-half performance in a 41-24 victory is a sign that the defense has turned a corner. If nothing else, it could be a confidence builder for a defense that allowed a program-worst 647 yards, along with 48 points, in a win over Ole Miss and didn't fare well in the first two quarters against the Bulldogs.

"I do think this is something that can help us develop confidence on defense, especially with some of the younger guys that are playing," Alabama Coach Nick Saban said. "And hopefully they learned that by competing and continuing to compete and focus on the next play and get stops, rather than thinking that if we don't go three and out we're failing.

"And they ended up getting some stops. Even though Georgia moved the ball some, they got some stops."

With one of the nation's most prolific offenses, Alabama doesn't need a dominant defense like some of Saban's past teams.

But the defense gave up 268 yards in the first half against Georgia and just 146 in the second while intercepting two Stetson Bennett passes. It was a good sign for a group with freshmen in some key roles, especially safety Malachi Moore and outside linebacker Will Anderson Jr.

"I think we tackled a little better," Saban said. "We made less mental errors in the second half."

Moore got his second interception of the season, this one on the goal line, and returned it 42 yards.

Plus linebacker Dylan Moses has had two big games with 13 tackles against Ole Miss, plus 10 stops and a sack versus Georgia. Saban said the Georgia game was "by far his best game in terms of execution, doing what he was supposed to do."

That's big because Moses is back from a knee injury that cost him last season. Tennessee offensive lineman Brandon Kennedy, a transfer from Alabama, said Moses is an "athletic player that can play from sideline to sideline."

A front that could still be without defensive end LaBryan Ray (elbow injury) also affected the passing game. DJ Dale and Christian Barmore both deflected two passes at the line.

"Those batted passes were big," Dale said. "You never know what could've happened if we didn't bat the balls down. So that gave us a lot of momentum going into the game and just the longer the game went on. The batted passes really helped." 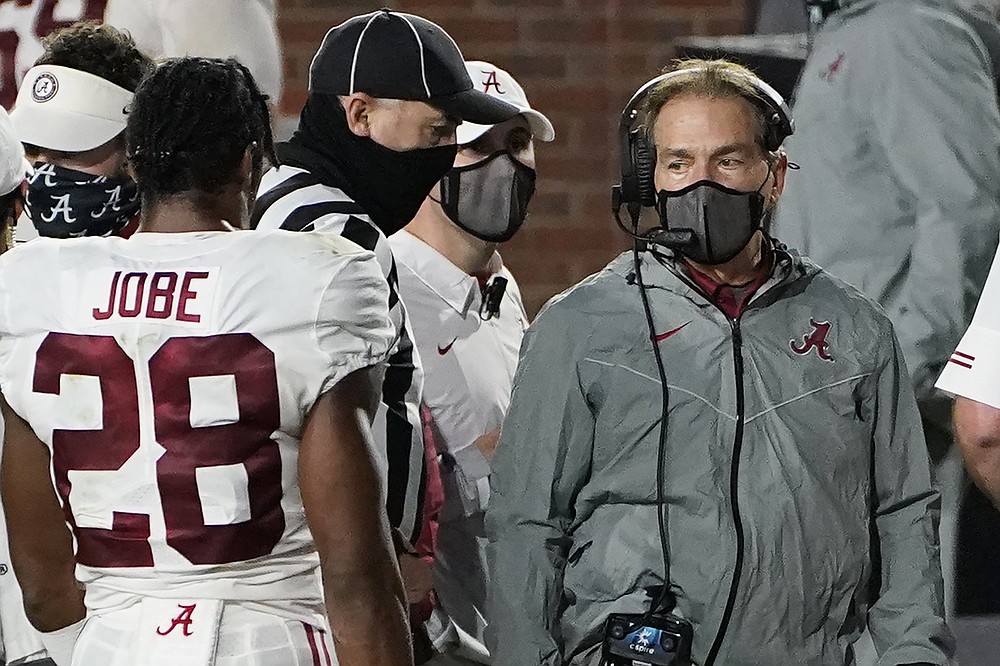 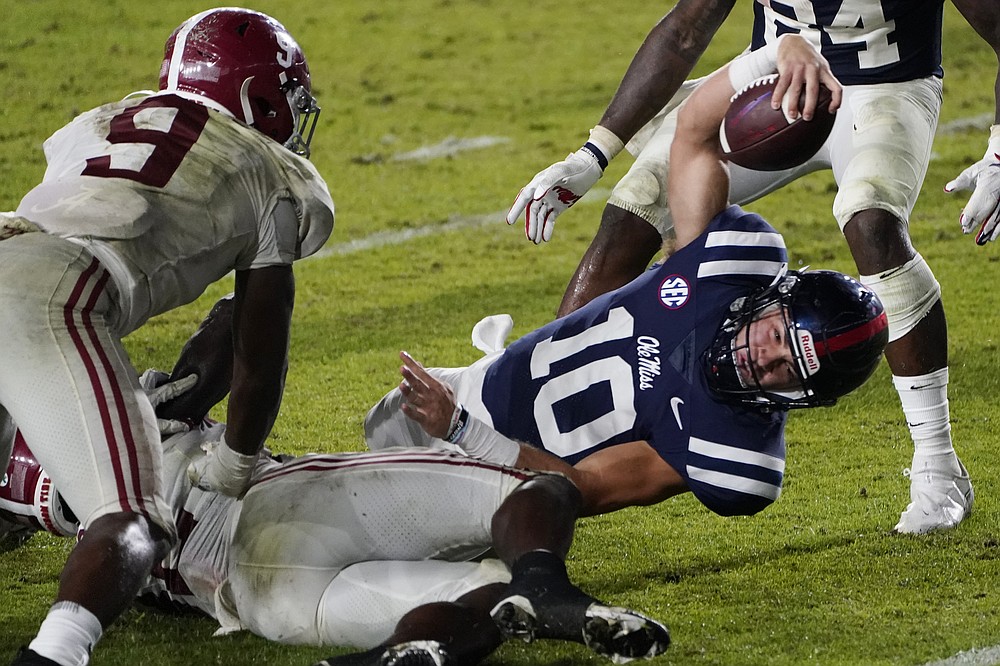