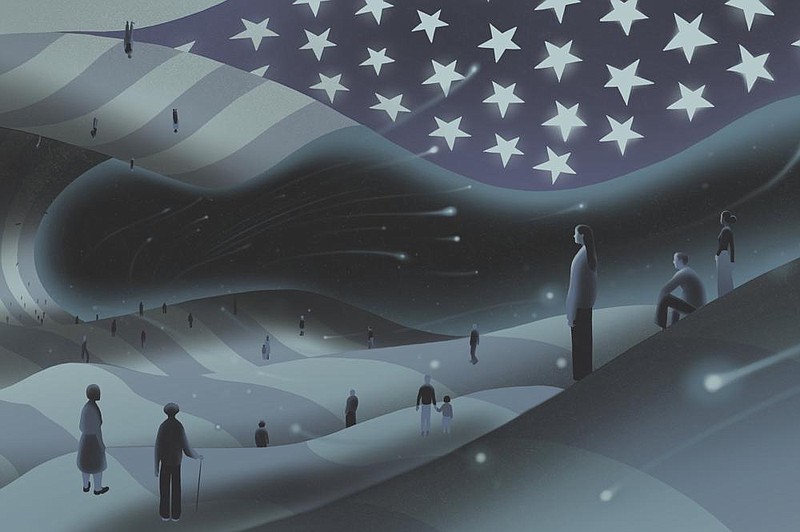 That the election has become a referendum on the soul of the nation, suggests that in an increasingly secular country, voting has become a reflection of one’s individual morality — and that the outcome hinges in part on spiritual and philosophical questions that transcend politics: What, exactly, is the soul of the nation? What is the state of it? And what would it mean to save it? (The New York Times/Jun Cen)

It is a phrase that has been continuously invoked by Democratic and Republican leaders. It has become the clearest symbol of the mood of the country, and what people feel is at stake in November. Everyone, it seems, is fighting for it.

A recent campaign ad for President Donald Trump spliced videos of Democrats invoking "the soul" of America, followed by images of clashes between protesters and police and the words "Save America's Soul," with a request to text "SOUL" to make a campaign contribution.

That the election has become a referendum on the soul of the nation, suggests that in an increasingly secular country, voting has become a reflection of one's individual morality -- and that the outcome hinges in part on spiritual and philosophical questions that transcend politics: What, exactly, is the soul of the nation? What is the state of it? And what would it mean to save it?

The answers go beyond a campaign slogan, beyond politics and November, to the identity and future of the American experiment itself, especially now, with a pandemic that has wearied the country's spirit.

"When I think of soul of the nation," Joy Harjo, the U.S. poet laureate and a Muscogee (Creek) Nation member, said, "I think of the process of becoming, and what it is we want to become. That is where it gets tricky, and that is where I think we have reached a stalemate right now. What do people want to become?"

Harjo said the country's soul was "at a crucial point."

"It is like everything is broken at once," she said. "We are at a point of great wounding, where everyone is standing and looking within themselves and each other."

In Carlsbad, Calif., Marlo Tucker, the state director for Concerned Women for America, has been meeting regularly to pray with a group of a dozen or so women about the future of the country. The group has been working with other conservative Christian women to register voters.

The soul, and the soul of the body politic, is an ancient philosophical and theological concept, one of the deepest ways humans have understood their individual identity, and their life together.

In biblical Hebrew the words translated as soul, nefesh and neshama, come from a root meaning "to breathe." The Genesis story describes God breathing into the nostrils of man, making him human.

The meaning echoes through today, in a pandemic that attacks the respiratory system and in police violence against Black people crying out, "I can't breathe."

Homeric poets saw the soul as the thing humans risk in battle, or the thing that distinguishes life from death. Plato wrote of Socrates exploring the connection between the soul and the republic in creating the virtue of justice. For St. Augustine, who wrote "The City of God," the city could be judged by what it loves.

The soul of the nation is "a very ancient trope that is revived when all sorts of cultural ideas are in flux," Eric Gregory, professor of religion at Princeton University, said. "It reveals something about the current political conversation, in times of crisis and change, a corruption of sickness."

Often we stress systems and institutions, he said, but in the Trump era there has been a return to ancient concepts about the welfare of the city, where politics is about right relationships. "In ancient politics the health of society had a lot to do with the virtue of the ruler," Gregory said.

In the United States, the question of who could define the soul of the nation was fraught from the start, from the forced displacement of American Indians to the enslavement of Africans.

And the state of the soul of the nation has often been tied to the country's oppression of Black people. Abolitionists like Frederick Douglass fought for an "invincible abhorrence of the whole system of slaveholding" to be "fixed in the soul of the nation." Lyndon B. Johnson said the country found its "soul of honor" on the fields of Gettysburg. When the Rev. Martin Luther King Jr. and other civil rights leaders formed what is now the Southern Christian Leadership Conference in 1957, they made their founding motto "to save the soul of America."

'BATTLE FOR THE SOUL'

This year Trump has positioned himself as the defender of a Christian America under siege. "In America, we don't turn to government to restore our souls, we put our faith in Almighty God," he said at the Republican National Convention. Franklin Graham, one of his evangelical supporters, wrote last year that this age is "a battle for the soul of the nation," as the original "moral and spiritual framework, which has held our nation together for 243 years, is now unraveling."

For Biden, the soul of the nation came into focus after the deadly white nationalist rally in Charlottesville, Va., three years ago. "We have to show the world America is still a beacon of light," he wrote at the time.

North of Boston, Andrew DeFranza, executive director of Harborlight Community Partners, an organization that develops inexpensive housing, reflected on the disastrous impact of the coronavirus pandemic for many people, from essential workers to people with disabilities. The country's soul is disoriented, adversarial and tired, he said.

"I don't think Group A is going to beat Group B and everything is going to be fine," he said of the election. "We are eager to see political leaders at every level regardless of party demonstrate concrete, actionable plans to address these issues of inequity around health and race, and to do so in a way that is concrete and has outcomes to which they can be accountable." 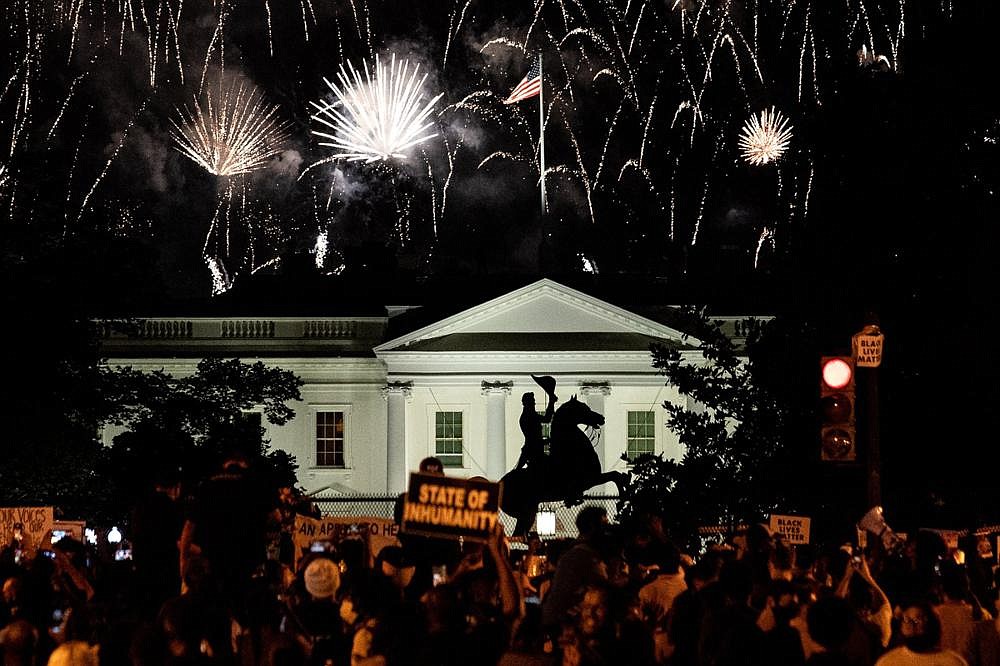 Protesters watch a fireworks display above the White House after President Donald Trump accepted the Republican presidential nomination during the final night of the Republican National Convention, in Washington, on Aug. 27. The election has become a referendum on the soul of the nation, suggesting that in an increasingly secular country, voting has become a reflection of one’s individual morality — and that the outcome hinges in part on spiritual and philosophical questions that transcend politics. (The New York Times/Erin Schaff)
ADVERTISEMENT