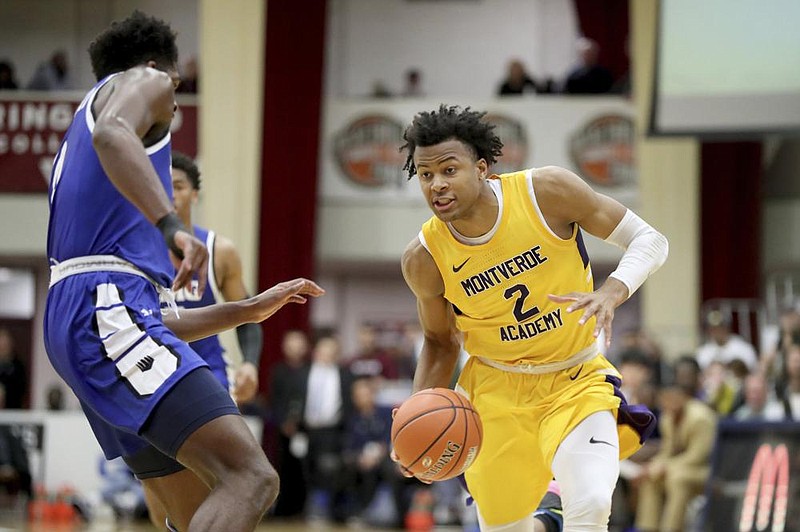 Moses Moody of Little Rock (right), shown playing for Montverde Academy in Florida last season, said he has been impressed with his fellow Arkansas freshmen during early practices. The Razorbacks have four true freshmen on the roster. (AP file photo)

FAYETTEVILLE -- Moses Moody provided an update Friday on how his fellow University of Arkansas freshman basketball players have done through the first week of preseason practice.

Moody, a 6-6 guard from Little Rock, is one of four freshmen for the Razorbacks along with 6-3 Davonte "Devo" Davis from Jacksonville; 6-10 Jaylin Williams from Fort Smith Northside; and 6-0 Khalen "KK" Robinson from Little Rock.

"I'm really impressed, I must say," Moody said on a Zoom call with the media.

Williams averaged 18.7 points, 12.2 rebounds, 2.7 assists and 2.5 blocked shots per game as a senior at Northside. He was rated the No. 56 freshman nationally by Rivals.com.

"Jaylin Williams, he's been really solid," Moody said. "He's knocking down shots, getting rebounds, setting great picks. "I love when he's setting a screen. I know I'm going to get open. He's been productive, you could definitely say."

Davis, rated the No. 85 freshman by ESPN.com, was the 2020 Arkansas Democrat-Gazette All-Arkansas Preps Boys Player of the Year after averaging 21 points, 10 rebounds, 8 assists and 3 steals as a senior at Jacksonville.

"Devo, he's just been getting every loose ball, distributing," Moody said. "Whenever I'm guarding him, if I miss a box out or get caught ball-watching, I already know he's gone. He's just so active and willing to do what nobody wants to do."

"He's been bringing the ball up against pressure and then on the other side of the ball, applying pressure full court," Moody said. "I honestly don't think he gets tired. He ran our mile in like 5:21, so a guy with endurance like that on the court picking up full court, it's annoying for the other team.

"Moses has been really consistent with his approach," Razorbacks Coach Eric Musselman said. "He's been consistent in his effort."

Moody, rated the No. 37 freshman by 247Sports.com, played his senior season at Montverde (Fla.) Academy, where he averaged 11.6 points, 3.3 rebounds and 1.8 assists for a team that finished 25-0 and was loaded with Division I signees such as Moody, Cade Cunningham (Oklahoma State), Day'Ron Sharpe (North Carolina) and Scottie Barnes (Florida State).

"Those are top guys in high school and potential pros," Moody said. "It's almost like I've been playing against college competition. It definitely prepared me for going against what I'm going against today."

"They're learning," Smith said. "This level is definitely a lot different than high school, but they're doing a good job soaking it all in. They're really finding their footing."

"He's definitely a knockdown shooter," Smith said. "He's capable on the defensive end, too, and he's really good at crashing the glass. He does a lot of different things out there."

Moody said he's worked at every position at some point since he started playing basketball.

"Before third grade, I had been playing center and power forward because I was just the tallest one on the floor," Moody said. "After that, I moved teams, so then I got to be a guard, and since then I've been playing mainly [shooting guard or small forward]."

Moody said he can play power forward and point guard as well.

"And I can guard one through four -- maybe even a five, if you need me to," he said. "I like to say I'm just a basketball player, so I'm willing to do whatever my coach needs and my team needs."

Musselman, a former NBA head coach with the Golden State Warriors and Sacramento Kings, said his wife, Danyelle, sometimes has to remind him about the inexperience of the freshmen.

"When I come home and sit down and have dinner with my wife, she asks how was practice and starts going through all 12 players," Musselman said. "She brings it to my attention almost every night that the way I'm coaching these guys and the system we have is no different than the system that we had when I was coaching Golden State or Sacramento.

"Same drills, same offensive concepts ... So it's hard for me sometimes to take a step back and say, 'All right, a high school player is now coming into this system.' It's a huge leap to go from a high school to an NBA system.

"My wife reminds me of that every night because I might say a player is struggling offensively. And she says, 'Well, how many plays do you have in?' We have 49 plays in. She's like, 'A high school player might have only had four plays. What do you expect?'

"I get self-checked every night at home." 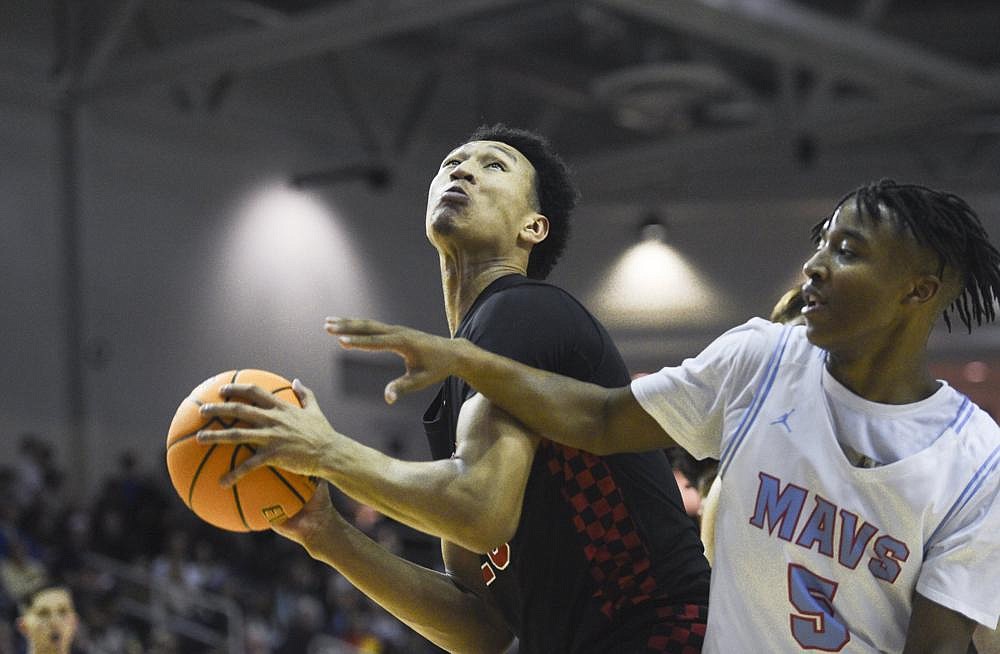