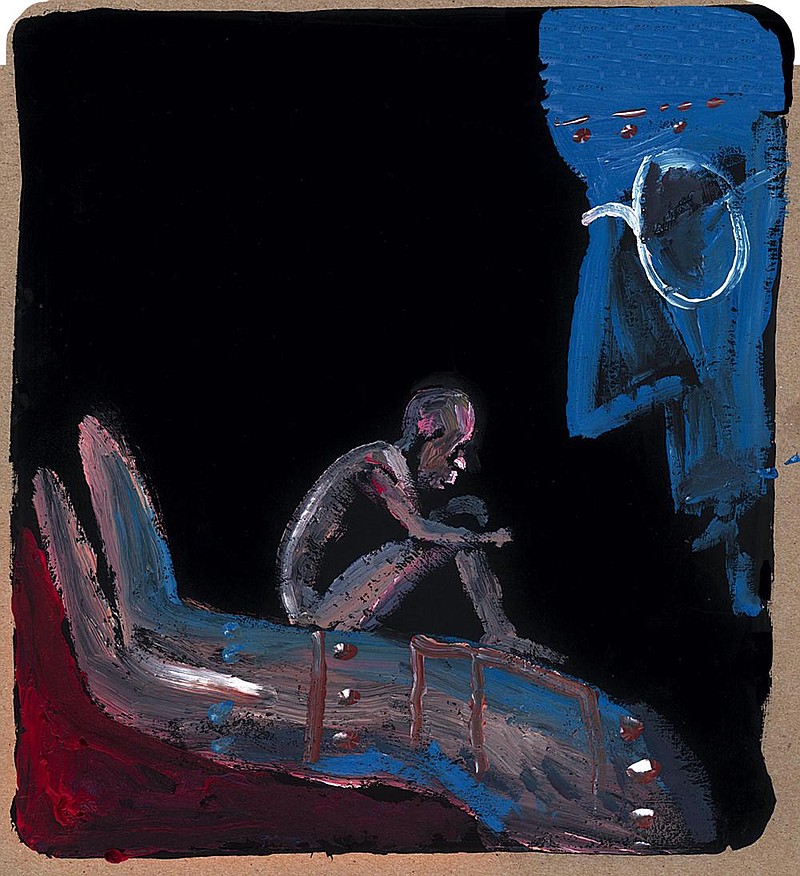 If there's one word admirers and critics alike can agree on when it comes to The New York Times' award-winning 1619 Project, it's ambition.

But ambition can be double-edged. Journalists are, most often, in the business of writing the first rough draft of history, not trying to have the last word on it. We are best when we try to tell truths with a lowercase t, following evidence in directions unseen, not the capital-T truth of a pre-established narrative in which inconvenient facts get discarded. And we're supposed to report and comment on the political and cultural issues of the day, not become the issue itself.

As fresh concerns make clear, on these points--and for all of its virtues, buzz, spinoffs and a Pulitzer Prize--the 1619 Project, an initiative from The New York Times Magazine that began in August 2019, has failed.

Those concerns came to light in September when a longstanding critic of the project, Phillip W. Magness, noted in online magazine Quillette that references to 1619 as the country's "true founding" or "moment [America] began" had disappeared from the digital display copy without explanation.

In a tweet, Nikole Hannah-Jones, director and leading voice of the 1619 Project, responded to Magness and other critics by insisting that "the text of the project" remained "unchanged," while maintaining that the case for making 1619 the country's "true" birth year was "always a metaphoric argument."

I emailed her to ask if she could point to any instances before this controversy in which she had acknowledged that her claims about 1619 as "our true founding" had been merely metaphorical. In an email, Jake Silverstein, editor in chief of The New York Times Magazine, told me that the changes to the text were immaterial.

Readers can judge for themselves whether these unacknowledged changes violate the standard obligations of transparency for New York Times journalism. The question of journalistic practices, however, raises deeper doubts about the 1619 Project's core premises.

In his introduction, Silverstein argues that America's "defining contradictions" were born in August 1619, when a ship carrying 20 to 30 enslaved Africans from what is present-day Angola arrived at Point Comfort in the English colony of Virginia. And the title page of Hannah-Jones' essay for the project insists that "our founding ideals of liberty and equality were false when they were written."

Both points are illogical. A "defining contradiction" requires a powerful point of opposition or inconsistency, and in 1619 the points of opposition were few and far between. Slavery and the slave trade had been global phenomena for centuries by the early 17th century, involving Europeans and non-Europeans as slave traders and the enslaved. The Africans who arrived in Virginia that August got there only because they had been seized by English privateers from a Portuguese ship headed for the port of Veracruz in Mexico, then a part of the Spanish Empire.

In this sense, and for all of its horror, there was nothing particularly surprising in the fact that slavery made its way to the English colonies on the eastern seaboard, as it already had in the rest of the western hemisphere.

What was surprising was that in 1776 a politically formidable "defining contradiction"--that all men are created equal--came into existence through the Declaration of Independence. As Abraham Lincoln wrote in 1859, that foundational document would forever serve as a "rebuke and stumbling block to the very harbingers of reappearing tyranny and oppression."

It's why, at the dedication of the Gettysburg cemetery, Lincoln would date the country's founding to "four score and seven years ago."

As for the notion that the Declaration's principles were "false" in 1776, ideals aren't false merely because they are unrealized, much less because many of the men who championed them, and the nation they created, hypocritically failed to live up to them. Most of us, at any given point in time, fall short of some ideal we nonetheless hold to be true or good.

These two flaws led to a third conceptual error. "Out of slavery--and the anti-Black racism it required--grew nearly everything that has truly made America exceptional," writes Silverstein.

Nearly everything? What about, say, the ideas contained by the First Amendment? Or the spirit of openness that brought millions of immigrants through places like Ellis Island? Or the enlightened worldview of the Marshall Plan and the Berlin airlift? Or the spirit of scientific genius and discovery exemplified by the polio vaccine and the moon landing?

On the opposite side of the moral ledger, to what extent does anti-Black racism figure in American disgraces such as the brutalization of Native Americans, the Chinese Exclusion Act, or the internment of Japanese Americans in World War II?

Monocausality--whether it's the clash of economic classes, the hidden hand of the market, or white supremacy and its consequences--has always been a seductive way of looking at the world. It has always been a simplistic one too. The world is complex. So are people and their motives. The job of journalism is to take account of that complexity, not simplify it out of existence through the adoption of some ideological orthodoxy.

An early sign that the project was in trouble came in an interview last November with James McPherson, the Pulitzer Prize-winning author of "Battle Cry of Freedom" and a past president of the American Historical Association. He was withering: "Almost from the outset," McPherson told the World Socialist Web Site, "I was disturbed by what seemed like a very unbalanced, one-sided account, which lacked context and perspective."

In particular, McPherson objected to Hannah-Jones' suggestion that the struggle against slavery and racism and for civil rights and democracy was, if not exclusively, then mostly a Black one. As she wrote in her essay: "The truth is that as much democracy as this nation has today, it has been borne on the backs of Black resistance."

McPherson demurs: "From the Quakers in the 18th century, on through the abolitionists in the antebellum, to the Radical Republicans in the Civil War and Reconstruction, to the NAACP, which was an interracial organization founded in 1909, down through the civil rights movements of the 1950s and 1960s, there have been a lot of whites who have fought against slavery and racial discrimination, and against racism," he said. "And that's what's missing from this perspective."

In a lengthier dissection, published in January in The Atlantic, Princeton historian Sean Wilentz accused

Hannah-Jones of making arguments "built on partial truths and misstatements of the facts." The goal of educating Americans on slavery and its consequences, he added, was so important that it "cannot be forwarded through falsehoods, distortions and significant omissions."

Wilentz's catalog of the project's mistakes is extensive. Hannah-Jones' essay claimed that by 1776 Britain was "deeply conflicted" over its role in slavery. But despite the landmark Somerset v. Stewart court ruling in 1772, which held that slavery was not supported by English common law, it remained deeply embedded in the practices of the British Empire.

The essay claimed that among Londoners "there were growing calls to abolish the slave trade" by 1776. But the movement to abolish the British slave trade began about a decade later, inspired in part, Wilentz notes, by American antislavery agitation that had started in the 1760s and 1770s. The list goes on.

Then there was an essay in Politico in March by the Northwestern historian Leslie M. Harris, an expert on pre-Civil War African American life and slavery. "On Aug. 19 of last year," Harris wrote, "I listened in stunned silence as Nikole Hannah-Jones ... repeated an idea that I had vigorously argued against with her fact checker: that the patriots fought the American Revolution in large part to preserve slavery in North America."

None of this should have come as a surprise: The 1619 Project is a thesis in search of evidence, not the other way around. Nor was this fire from the right: Both Wilentz and Harris were at pains to emphasize their sympathy with the project's moral aims.

Yet aside from a one-word "clarification" issued in March--after months of public pressure The Times conceded that only "some" colonists fought for independence primarily to defend slavery--the response of the magazine has been in effect "nothing to see here." In a pair of lengthy editor's notes, Silverstein has defended much of the scholarship in the project by citing another slate of historians to back him up. That's one way of justifying the final product.

The larger problem is that The Times' editors, however much background reading they might have done,

are not in a position to adjudicate historical disputes. That should have been an additional reason for the 1619 Project to seek input from and include contributions by an intellectually diverse range of scholarly voices. Yet not only does the project choose a side, it also brooks no doubt.

"It is finally time to tell our story truthfully," the magazine declares on its 1619 cover page. Finally? Truthfully? Is The Times suggesting that distinguished historians, like the ones who have seriously disputed aspects of the project, had previously been telling half-truths or falsehoods?

Almost inevitably, what began as a scholarly quarrel became a political one.

About a month before the project's publication, Silverstein reached out to the Pulitzer Center to propose a 1619 curriculum for schools. Soon thereafter, the project was being introduced into classrooms across the country.

It's one thing for a newspaper to publish the 1619 Project by way of challenging its subscribers. After all, they pay for the product. It's quite another to become a pedagogical product for schoolchildren who, along with their parents, in most cases probably don't subscribe. This was stepping into the political fray in a way that was guaranteed to invite not just right-wing blowback, but possible federal involvement.

That's exactly what has happened. When "1619" was spray-painted on a toppled statue of George Washington, many people took angry or horrified notice. When Hannah-Jones tweeted that "it would be an honor" for the summer's unrest to be called "the 1619 riots," the right took notice again.

For many, the 1619 Project smacked of fake history coming from "fake news," with results that were all too real. As unbidden gifts to Donald Trump go, it could hardly have been sweeter than that.

Sure enough, in September Trump suggested he would cut off federal funding to any public school using it in its curriculum. He even proposed establishing a "1776 Commission" to help "restore patriotic education to our schools."

Many Americans shudder at the thought of what the president might have in mind by "patriotic education." But ideas have consequences. They aren't always the ones that authors--or publishers--anticipate or desire.

Beyond these political disputes is a metaphysical question that matters. What is a founding? Why have generations of Americans considered 1776 our birth date, as opposed to 1781, when we won our independence militarily at Yorktown, or 1783, when we won it diplomatically through the Treaty of Paris, or 1788, when our system of government came into existence with the ratification of the Constitution?

The answer is that, unlike other dates, 1776 uniquely marries letter and spirit, politics and principle: The declaration that something new is born, combined with the expression of an ideal that--because we continue to believe in it even as we struggle to live up to it--binds us to the date.

Contrary to what the 1619 Project claims, 1776 isn't just our nation's "official" founding. It is our symbolic one too. The metaphor of 1776 is more powerful than that of 1619 because what makes America most itself isn't four centuries of racist subjugation. It's 244 years of effort by Americans -- sometimes halting, but often heroic--to live up to our greatest ideal.

That's a struggle that has been waged by people of every race and creed. And it's an ideal that continues to inspire millions of people at home and abroad.