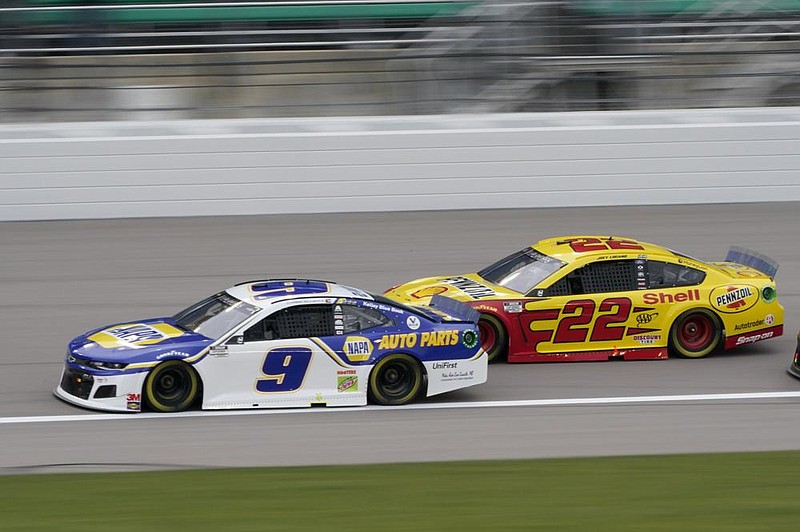 Chase Elliott (9) starts today’s NASCAR Cup Series race at Texas Motor Speedway just below the cut line for the top four that will race for the title next month, even though he sits fourth in the points standings. (AP/Orlin Wagner)

FORT WORTH -- Chase Elliott insists he has worried less about the points situation during this NASCAR season than ever before, and that might just be the right approach for those Cup drivers still with championship hopes.

Elliott will start today at Texas just below the cutoff line for the top four that will race for the title next month, even though he currently has the fourth-most points.

"It's not that I don't care," Elliott said. "It does matter, but I just think the more that you understand that winning is paramount, and that's the only guarantee that moves you on."

Like Joey Logano did last weekend at Kansas to start the final three-race playoff round, holding off Kevin Harvick for the final 40-plus laps to get a victory that took him from outside the top four to knowing he will get to race for the title Nov. 8 at Phoenix.

Of the remaining seven playoff contenders, nine-time 2020 winner Harvick is in the best spot, leading by 21 points over Denny Hamlin, 33 over Brad Keselowski and 41 over Elliott. Alex Bowman, Martin Truex Jr. and Kurt Busch, the rest of the top eight, likely have to win at Texas or Martinsville for a championship shot.

"You count points as a second move, as your backup plan, just because of the fact the thing that you can control the most of moving forward is to win the race," Harvick said. "I think our team believes in that, and I think you have to race to win and then see where it all falls in the end. That's what we do on a week-to-week basis and I think that mindset has really just not changed the way we that we talk about things."

Harvick has won the last three fall races at Texas, which like Kansas is a 11/2-mile track but has a much different configuration, and starts on the pole today. Logano is also on the front row, ahead of Keselowski and Elliott.

It's the 36th start at Texas for Harvick and Kurt Busch, the most at the track that is hosting its 40th Cup race since 1997.

Another win in the Lone Star State for Harvick or Hamlin, also a three-time winner there, could simplify things quite a bit going to Martinsville. A win by someone already out of title contention would put several drivers in an even more precarious situation at NASCAR's oldest and shortest track.

"Obviously, sitting on the cutoff line is not ideal, because I could have a great race and still get knocked out because somebody else wins," said Keselowski, a four-time winner this year. "So the best thing for us to do is to go win that thing. There's three races left in the season and simple math, if I win one of the next two and then the last one, we'll win the championship. So I'm trying to keep it that simple."

Truex, the 2017 Cup champion and runner-up the past two seasons, did his prerace Zoom availability last week while sitting on a pontoon boat on a lake.

While he goes into Texas sitting seventh, 31 points behind the cutoff line, his only win this season was at Martinsville in June.

"Really, the next two weeks I feel good about," Truex said. "We are not in a great position points-wise. We need to make something happen, but I'm definitely feeling like we have that opportunity to do it and the potential to do it." 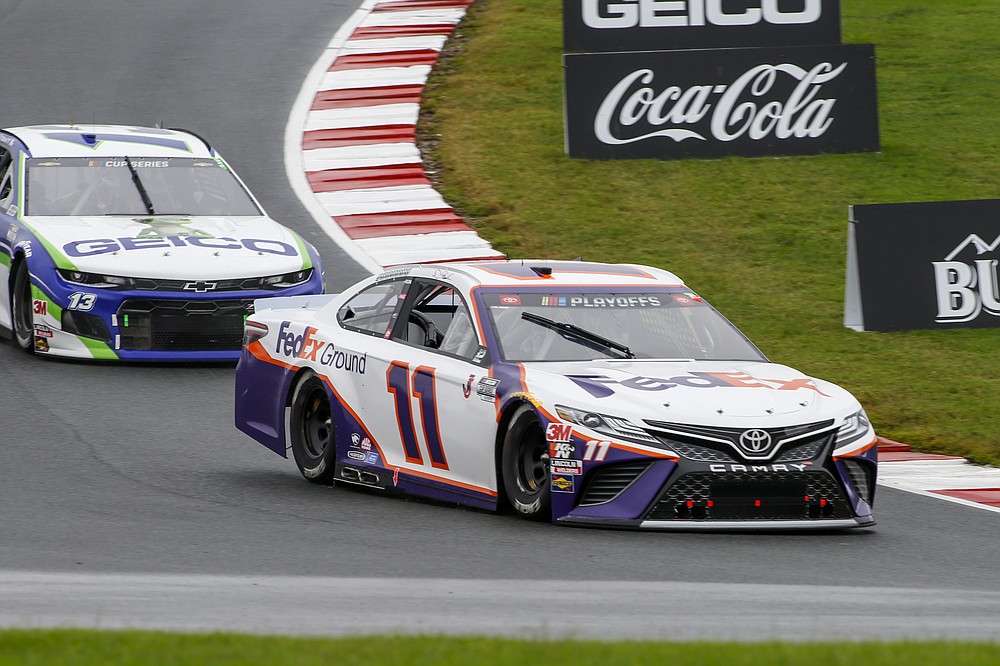 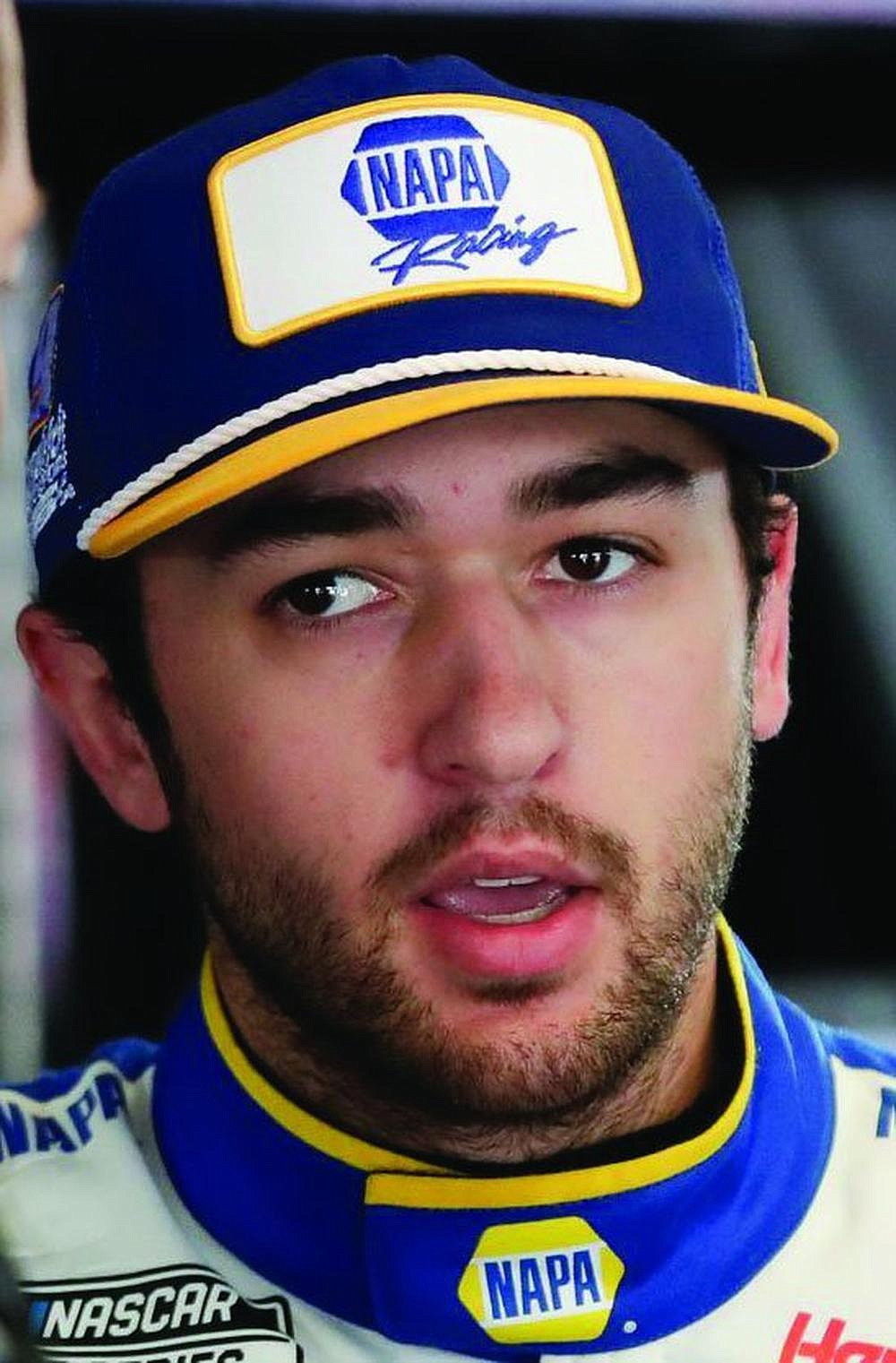