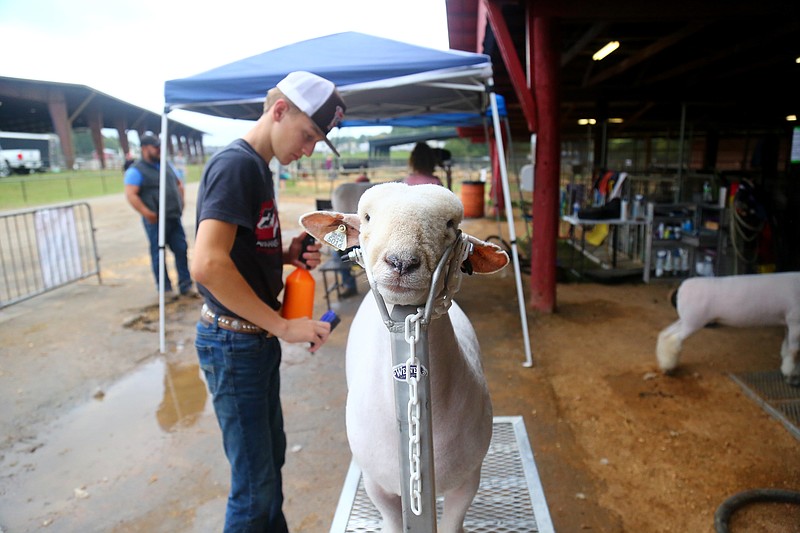 While most of the parking lots at the Arkansas State Fairgrounds have sat empty throughout October, the barns and livestock pens at the southern end of the grounds have been as lively as ever for the past 10 days.

For the first time in decades, the Arkansas State Fair, historically spanning the middle weeks of October, was canceled -- another casualty of the covid-19 pandemic that began shuttering businesses and social events in March.

When the fairgrounds' board of directors made the decision to cancel the 2020 fair earlier this year, they left the door open to the possibility of conducting the traditional livestock show during the same 10 days in October. Farm families from across Arkansas seized on the opportunity.

Chris Sweat, a livestock superintendent for the Arkansas State Fair and former agriculture teacher at Blevins High School in Hempstead County, said many of the young exhibitors and their families simply needed an excuse to get out of the house and off the farm.

"I think people are just glad to be able to get out and exhibit their livestock," Sweat said. "To be focusing on the bigger picture and not on the little things.

"I see that there's more of a camaraderie among the people here," he said. "Everyone's friendlier."

The annual livestock show is normally at the heart of a literal carnival, surrounded by acres of rides, vendors and tens of thousands of visitors from around the state. But with the cancellation of the fair itself, the grounds are considerably quieter and less hectic, which Sweat said had helped to lower the general level of stress for everyone involved.

"We have plenty of parking," he said. "The security guards don't have as much on their plate, so they've been a lot easier to deal with. I think the exhibitors probably like it more, not being out here without the entire carnival going on."

In contrast to the zeroed-out fair attendance, overall participation in various livestock exhibitions was up substantially. Chelsey Kimbrough, associate professor of specialty livestock and youth for the University of Arkansas System Division of Agriculture, said entries in the various cattle categories alone was up 25% over 2019.

Kimbrough said the annual fair offers exhibitors, who often begin raising and showing animals from rabbits to sheep to cattle of every stripe before they themselves even reach the age of 10, the opportunity to show off the work they've put into raising animals and lessons they've learned in the preceding years.

"The Arkansas State Fair is a long-standing tradition," Kimbrough said. "It's the final show of the year where 4-H and FFA members get to showcase their projects. It's the culmination of everything they've worked toward."

Kimbrough said the covid-19 pandemic, and ensuing "lockdown" measures adopted by many public and private entities, made the overall livestock exhibition process more complicated than usual.

"After covid hit, many were cautious of purchasing animals because of the uncertainty of fairs and if they would even get to exhibit their projects," she said. "Many county and some district fairs canceled. Luckily, the state fair was able to make a show happen for these youth.

"At the end of the day, it's not about the banners and buckles, it's about all the hard work and long hours they put into their projects to get those accolades, and the life lessons and friendships made along the way," she said.

Ryan McGeeney is with the University of Arkansas System Division of Agriculture Cooperative Extension Service. 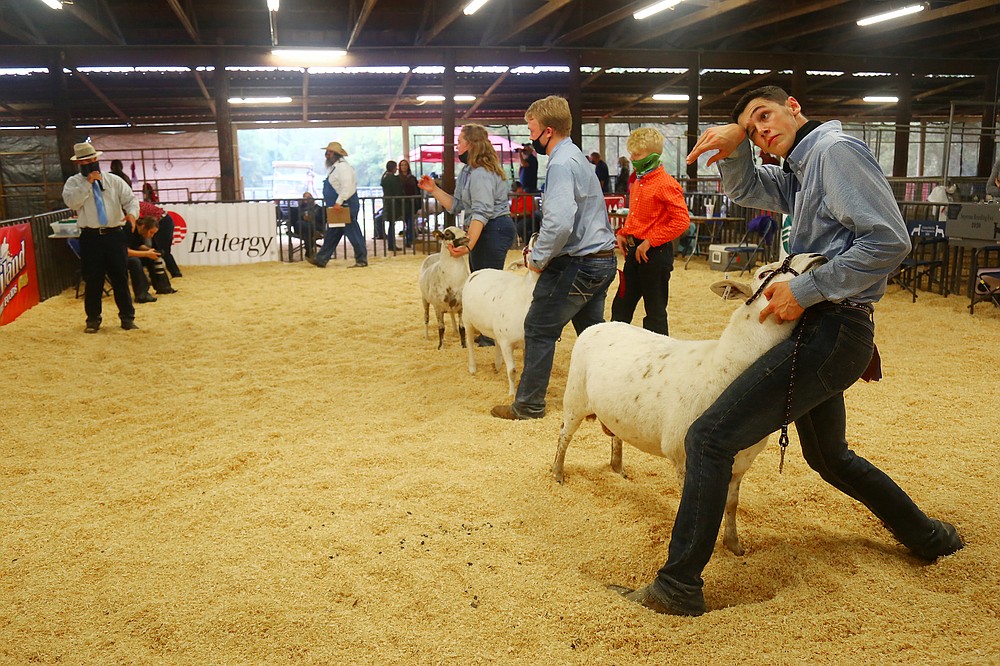 Members of Arkansas 4-H and Arkansas Future Farmers of America gather at the Arkansas State Fairgrounds for 10 days in October to exhibit livestock they raised throughout the year. (Special to The Commercial/Ryan McGeeney)
ADVERTISEMENT