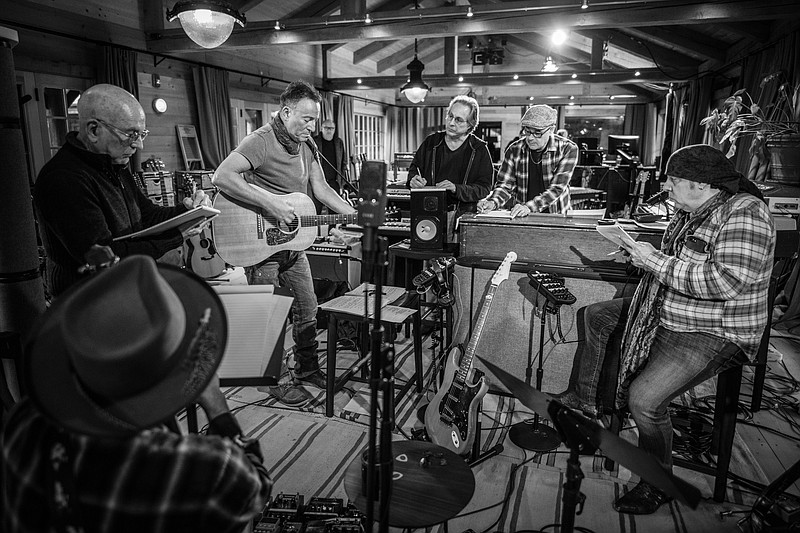 Sentimentality gets a bad rap.

It is viewed at best as a lapse in taste or intellectual weakness and, at worse, a symptom of moral decline. It's a term of opprobrium, meant to assign fault to whatever it is being used to describe. The standard view is that there's something wrong with sentimentality, that it deserves censure and contempt.

The reasoning is that because the sentimental is based on pleasing idealizations of reality, it is false — or "phony," as Holden Caulfield would have it. Sentimental people, the reasoning goes, indulge in fantasies and are therefore false to themselves. They are unable to handle the truth. Sentimentality, like its sister, nostalgia, is a sort of mental disease.

I used to think that, yet also understand that being fully human requires leaving oneself open to the possibility of magic. The heart is its own pilot. It will go where it will go. Only the dull and callous can deny the call of the sublime.

Bruce Springsteen has always been a sentimental artist in that he favors emotionally freighted material, even when he delivers it deadpan. As well-constructed and clever as the songs are, there is nothing subtle about "Born to Run," "American Skin (41 Shots)" or even the oft-misapprehended "Born in the U.S.A." Springsteen can be elliptical, but he is never oblique; he understands the vulnerability of the heart, and he means to crush yours.

Whether he does has largely to do with what demographic you ride with — it's completely understandable why people born in the '80s or later might be immune to Springsteen's brand of wised-up adult emotionalism. It's easy to see how someone could construe him as Grandpa Rock, a ridiculously work-shirted caricature. I don't imagine he has acquired many new fans over the past couple of decades.

But there is something about the music, movies, art and entertainment you consume between the ages of 12 and 21 that makes it different from what you will take in before or after. That decade is your era, and what you experience during those susceptible years will matter in a way that other things cannot.

It's not your fault you were born too early or too late. So if you were there in 1975 or 1978 or 1982 or 1984, those years from 12 to 21 that comprise what Gustave Flaubert might call your "sentimental education," then Springsteen is likely to matter to you.

If so, you probably already realize his new album "Letter to You" was released Friday, the same day the 90-minute companion documentary of the same name began streaming on Apple TV +. 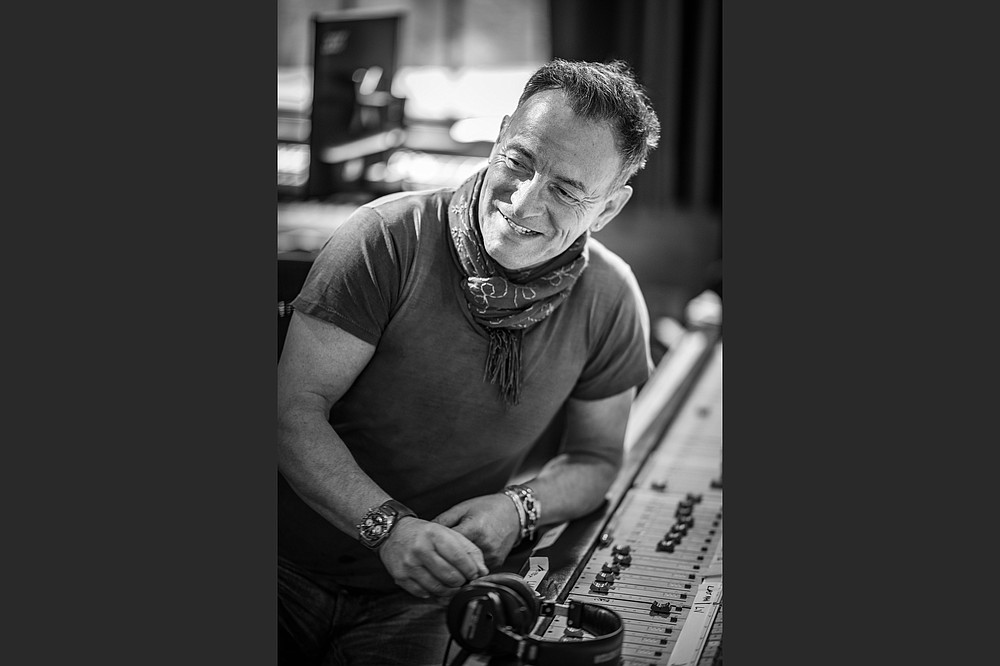 To those of us born at the right time, "Letter to You" might feel like a tonic for the lockdown, a hopeful, grateful rumination on the vigor of lost youth and the pleasures of rock band solidarity. If you were ever in a band or a member of a team you might appreciate the sentiment of this backward-looking project that continues the late-career case-making that began with Springsteen's beautifully executed biography "Born to Run" in 2016, and continues through the next year's "Springsteen on Broadway" and the 2019 album/film combo "Western Stars."

The studio album feels like the companion document here — its 12 songs (including three written in the mid-'70s) are all well-wrought, though none of them with the possible exception of the jubilant "Power of Prayer" seems likely to find a place in the Springsteenian canon.

The film, co-directed by Springsteen and longtime collaborator Thom Zimny, is as thoroughly enjoyable an experience as I've had this year. It is hammy and unabashedly sentimental, though Springsteen's remarkably well-performed narration is often restrained and wryly affecting — a salute to the Boss' sentimental education.

"I am in the middle of a 45-year conversation with these men and women that I'm surrounded by and with some of you," the Springsteen says near the top of the doc. "I've tried to make the conversation essential, fun, and entertaining."

To those of us who have grown up with Springsteen, who have spent the last 45 years attending to whatever communiques he has sent out, this feels like an understatement. Springsteen is an inevitable, immovable part of the American landscape.

In a way, he reminds me of Johnny Cash, with a kind of leonine glory about him even (and maybe especially) as he has grown into a grandfather figure. This might be surprising, given how all of us, from Elvis Presley and Keith Richards on down, thought rock 'n' roll was a short-lived thing.

And maybe, in the long run, it was.

People do odd things with sound and studios these days; they snap off beats and spin a cosmos from the frequencies, but it's different from what the Rolling Stones did. Record albums haven't been the lingua franca of "the industry" for about 20 years; a vinyl LP may be a fetish item now but they still are outselling CDs.

Springsteen is 71; which means he was born in 1949, which means he was 12 years old in 1961 and 21 years old in 1970. Not quite present for the birth of rock 'n' roll, not quite a Buddy Holly-Elvis Presley kid (he saw Elvis on "Ed Sullivan" when he was 7 years old, which led to an abortive early flirtation with guitar), but he was completely present for the arrival of the Beatles and the Stones and Little Stevie Wonder and Stax and all the rest.

In his Broadway show, Springsteen introduced a song, dedicated to his mother, called "The Wish" about the acquisition of his first "real" guitar in 1964, after watching the Beatles on the "Sullivan" show: "Well, it was me in my Beatles boots, you in pink curlers and matador pants/Pullin' me up on the couch to do the twist for my uncles and aunts." 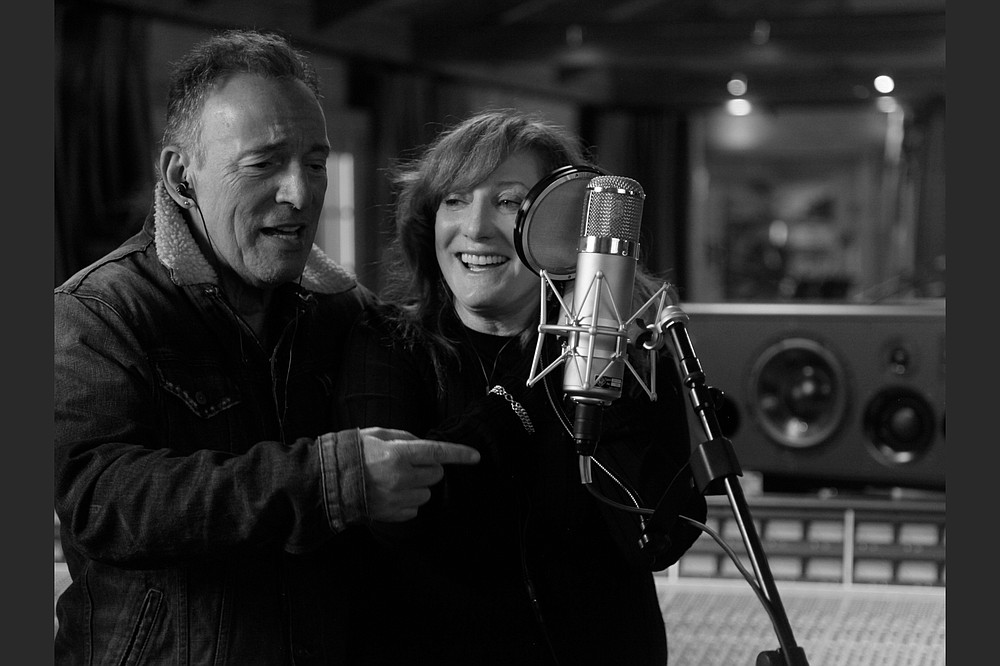 Springsteen began writing the songs for it after visiting his old friend and Castiles bandmate George Theiss, who was dying of lung cancer in North Carolina. Over a space of about 10 days, as he thought about Theiss and deceased former E Streeters Clarence Clemons and Danny Federici, Springsteen created the songs for the album.

But instead of making demos, his usual practice in recent years, he waited to gather the band in his home studio where he played for them on an acoustic guitar and let the band work out the arrangements with him, just like the old days, as Zimny's cameras captured the process.

It's nostalgic, a look back at that part of his life where he moved off the couch and up on stages at American Legion halls, seaside bars and what sounds like a weird kind of country club for well-heeled teenagers. The album "Letter to You" is a gratitude-infused memory play, and the film of its making is cannily shot in glorious black and white, interspersed here and there with lurid color archival shots of Bruce and the band back when they were young and skinny and even a little dangerous.

It's conceived as a behind-the-scenes look at the making of the album at Springsteen's rustic home studio over the course of five days, and features live performances of 10 of the tracks, capturing to good effect the earnest power of the E Street Band, a machine which should never be mistaken for a singer-songwriter's backing group.

While they look milder and more content than in previous decades, maybe like a bunch of tax attorneys at one of those pricey rock 'n' roll fantasy camps, the band possesses a dreadful authority.

Roy Bittan's rich, compassionate piano, which has always been one of Springsteen's primary weapons ("Born to Run" is basically a piano/bass/drums album with a little guitar sprinkled liberally about) re-asserts itself. Jake Clemons has replaced his father on saxophone — you can hear the family resemblance. Nils Lofgren and Steve Van Zandt — turned out like gypsy pirates in silk and leather — have their guitar hero moments. Utility keyboardist Charlie Giordano finds the open lanes. Max Weinberg's drums detonate. Garry Tallent's bass glues it all together.

These old men and Patti Scialfa, the Boss's wife but no cliche, are joined in some spirit-invoking sacrament. There's a shiver-inducing moment as they stand shoulder to shoulder to record the gang vocals for the otherwise merely serviceable rocker "Ghosts."

It's corny. It's sentimental. And, in its best moments, it will make you want to dance.