Squish-resistant beetle studied for human use 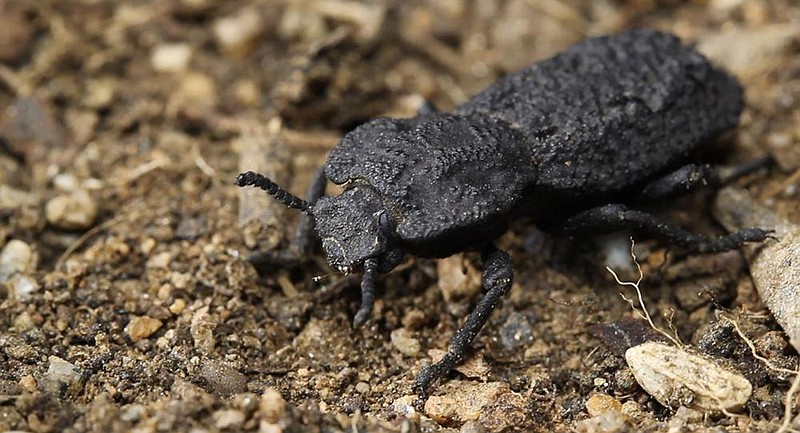 NEW YORK -- It's a beetle that can withstand bird pecks, animal stomps and even being rolled over by a Toyota Camry. Now scientists are studying what the bug's crush-resistant shell could teach them about designing stronger planes and buildings.

"This beetle is super tough," said Purdue University civil engineer Pablo Zavattieri, who was among a group of researchers that ran over the insect with a car as part of a new study.

So, how does the seemingly indestructible insect do it? The species -- aptly named diabolical ironclad beetle -- owes its might to an unusual armor that is layered and pieced together like a jigsaw, according to the study by Zavattieri and his colleagues published in Nature on Wednesday. And its design, they say, could help inspire more durable structures and vehicles.

To understand what gives the inch-long beetle its strength, researchers first tested how much squishing it could take. The species, which can be found in Southern California's woodlands, withstood compression of about 39,000 times its own weight.

For a 200-pound man, that would be like surviving a 7.8 million-pound crush.

Other local beetle species shattered under one-third as much pressure.

Researchers then used electron microscopes and CT scans to examine the beetle's exoskeleton and figure out what made it so strong.

As is often the case for flightless beetles, the species's elytra -- a protective case that normally sheaths wings -- had strengthened and toughened over time. Up close , scientists realized this cover also benefited from special, jigsaw-like bindings and a layered architecture.

When compressed, they found the structure fractured slowly instead of snapping all at once.

"When you pull them apart," Zavattieri said, "it doesn't break catastrophically. It just deforms a little bit. That's crucial for the beetle."

It could also be useful for engineers who design aircraft and other vehicles with a variety of materials such as steel, plastic and plaster. Currently, engineers rely on pins, bolts, welding and adhesives to hold everything together. But those techniques can be prone to degrading.

In the structure of the beetle's shell, nature offers an "interesting and elegant" alternative, Zavattieri said.

Because the beetle-inspired design fractures in a gradual and predictable way, cracks could be more reliably inspected for safety, said Po-Yu Chen, an engineer at Taiwan's National Tsing Hua University not involved in the research.

The beetle study is part of an $8 million project funded by the Air Force to explore how the biology of creatures such as mantis shrimp and bighorn sheep could help develop impact-resistant materials.

"We're trying to go beyond what nature has done," said study co-author David Kisailus, a materials scientist and engineer at the University of California, Irvine.

The research is the latest effort to borrow from the natural world to solve human problems, said Brown University evolutionary biologist Colin Donihue, who was not involved in the study. Velcro, for example, was inspired by the hook-like structure of plant burrs. Artificial adhesives took a page from super-clingy gecko feet.

Donihue said endless other traits found in nature could offer insight: "These are adaptations that have evolved over millennia." 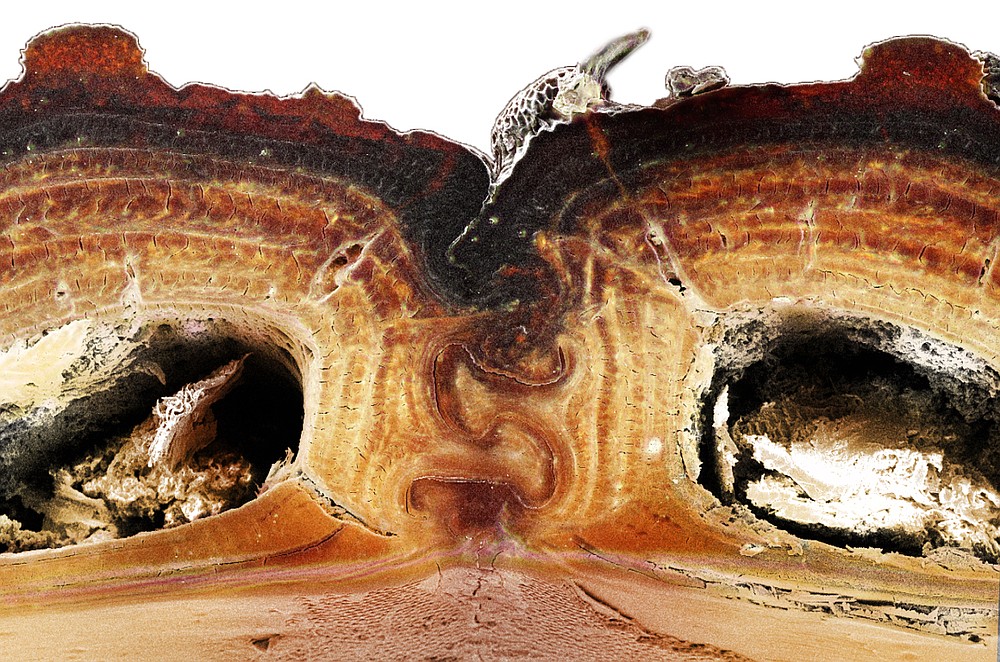 In this 2016 photo provided by the University of California, Irvine, a cross section of the medial suture, where two halves of the diabolical ironclad beetle’s elytra meet, shows the puzzle piece configuration that’s among the keys to the insect’s incredible durability. Scientists say the armor of the seemingly indestructible beetle could offer clues for designing stronger planes and buildings. In a study published Wednesday, Oct. 21, 2020, in the journal Nature, a group of scientists explains why the beetle is so squash-resistant. (Jesus Rivera, Kisailus Biomimetics and Nanostructured Materials Lab, University of California Irvine via AP)
ADVERTISEMENT