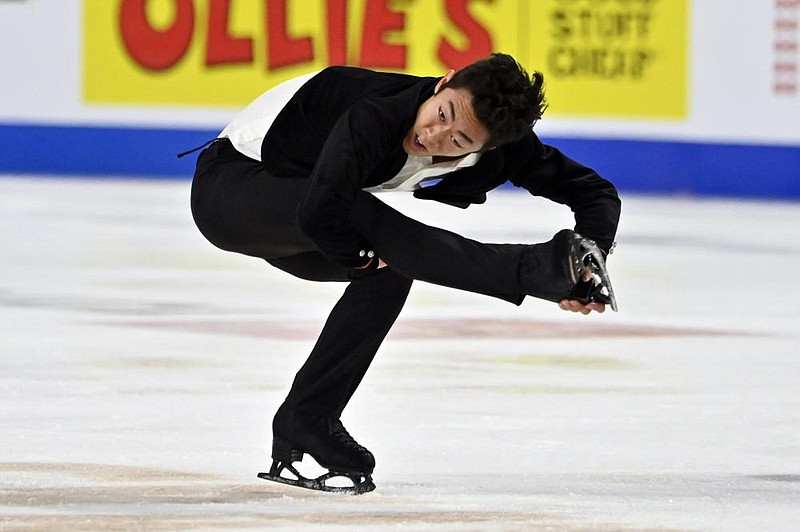 LAS VEGAS -- Nathan Chen found himself in a familiar place Saturday on the top step of the podium.

The podium at Skate America, to be precise.

The American superstar landed five quadruple jumps over two programs in his first competition in nine months, easily out-distancing Vincent Zhou and the rest of the field to win his record-tying fourth consecutive Skate America. It also kept intact a streak of victories for Chen that dates to his fifth-place finish at the 2018 Pyeongchang Olympics.

"I made quite a few big mistakes in that program, things that I shouldn't have made mistakes on," said Chen, whose soaring personal standards left him shrugging at his latest performance. "It is what it is. I'll learn from it and move forward."

The two-time world champion built a big lead in his short program Friday night before a shaky free skate, where he had to double a planned quad Salchow and missed a triple axel. But it was still enough for Chen to win the free skate with 187.98 points and give him 299.15 total, while Zhou's two second-place programs gave him 275.10 and the silver medal.

The high-flying Chen, who has taken leave from his studies at Yale to focus on the 2022 Beijing Games, is on a run of titles that includes a victory over two-time Olympic champion Yuzuru Hanyu. His latest title at Skate America, one of the only Grand Prix events still going on amid the covid-19 pandemic, matches the record shared by Michelle Kwan, Todd Eldredge and former Olympic champion ice dancers Meryl Davis and Charlie White.

In the women's event, Mariah Bell edged 2018 national champion Bradie Tennell to win arguably the biggest title of her career. The 24-year-old fell on a triple lutz to finish her program Saturday, and her score of 136.25 was only the fourth-best of the free skates. But her sterling short program gave her 212.73 points total -- just 1.66 points ahead of Tennell, who won the free skate with a solid program that began with a triple axel-triple toe combination.

"I try not to look at outcomes, more how I feel," Bell said. "I'm walking away from this performance a little disappointed, and I look back at nationals and that's a program I was really proud of. I want to feel really great about what I did."

Alexa Knierim and Brandon Frazier, in their first competition together, won pairs. Knierim skated with husband Chris in the 2018 Olympics, but he has retired. So she teamed with Frazier, who has won a U.S. title with former partner Haven Denney.

"I think the foundation of our friendship and relationship keeps us at ease when we skate," Knierim said. "Our greatest strength is our work ethic and determination." 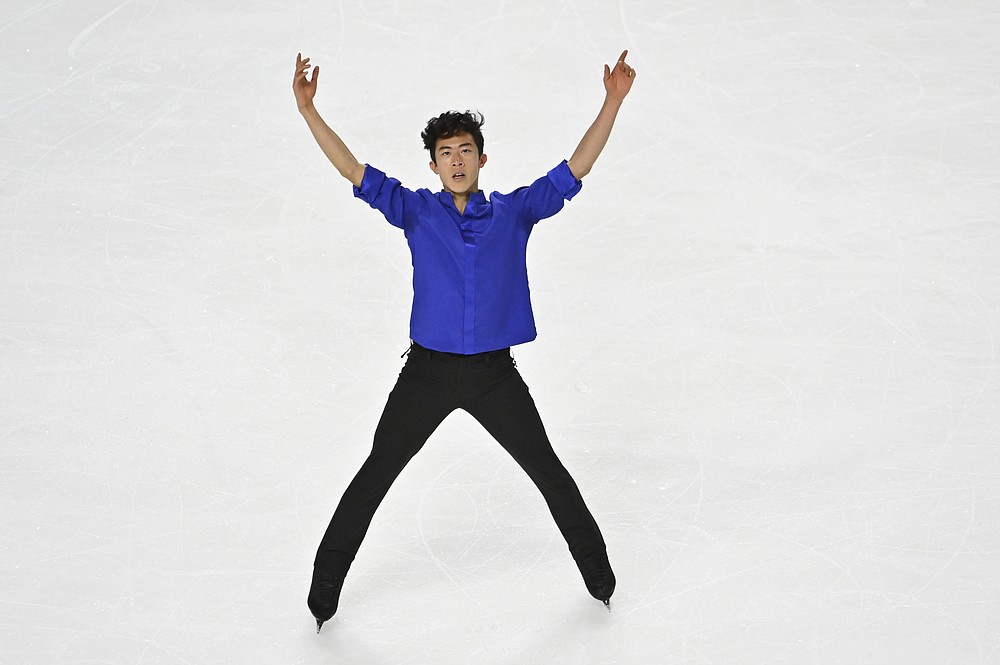 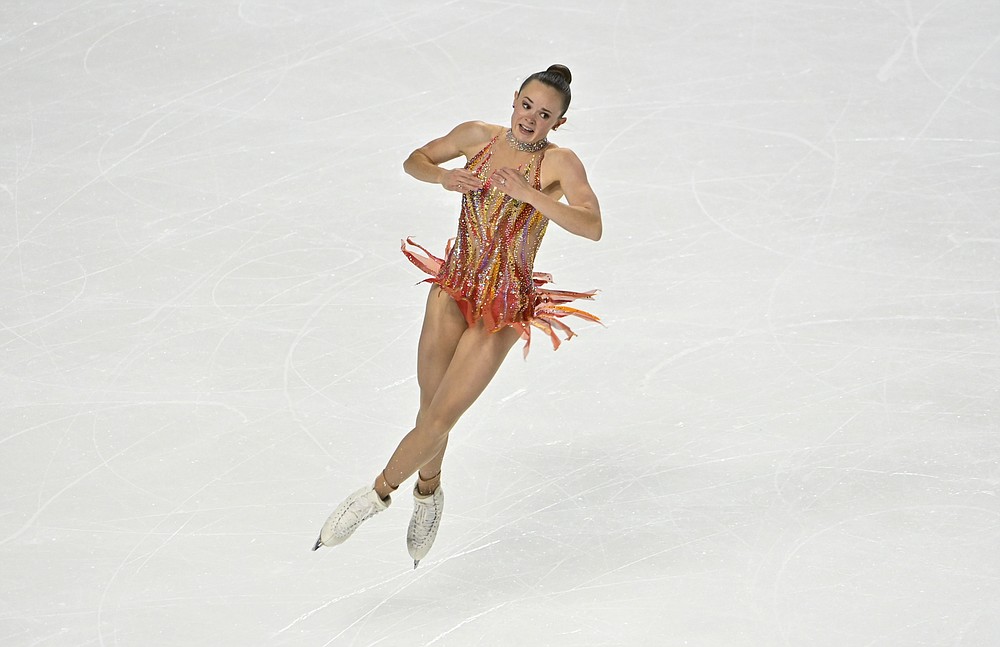 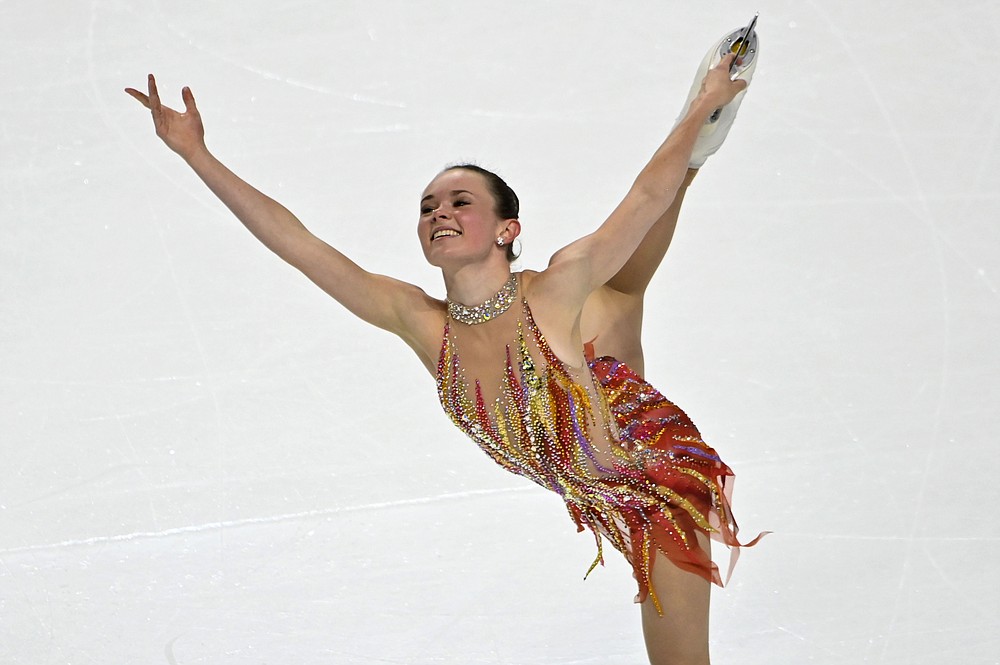 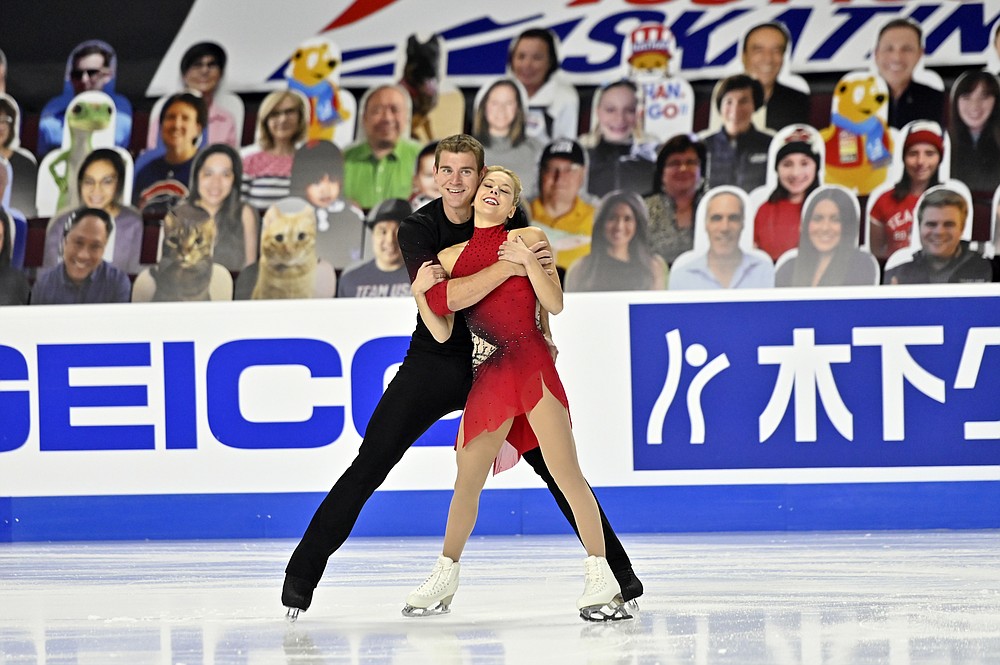