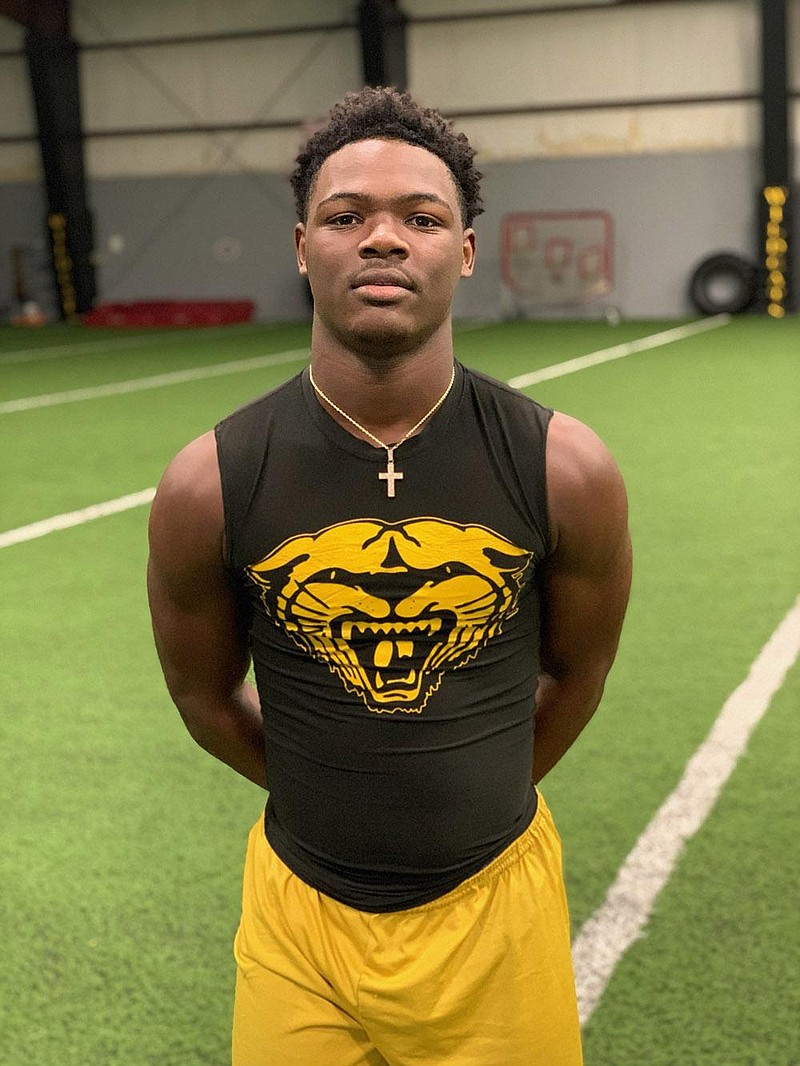 Jabrae Shaw played in only the first half Friday night for Watson Chapel against Beebe, but the sophomore quarterback packed a whole game's worth of production into two quarters.

Shaw accounted for 343 yards and 5 touchdowns in the Wildcats' 64-20 victory at Wildcat Stadium in Pine Bluff. He completed 6 of 8 passes for 203 yards and 2 touchdowns, and rushed for 140 yards and 3 scores on 9 carries.

For his efforts, Shaw is this week's Arkansas Democrat-Gazette player of the week.

"He had a really good game," Watson Chapel Coach Jared Dutton said. "He was almost perfect."

Shaw deflected credit for his performance against the Badgers.

"The wide receivers helped me out," Shaw said. "The line did an outstanding job."

Watson Chapel entered the Beebe game after a 29-16 loss at rival White Hall on Oct. 16. Shaw said the Wildcats needed to win Friday.

"Coming off the loss, we had to come hot," he said.

Shaw is in his first season as the Wildcats' starting quarterback. He's accounted for 26 touchdowns, with 13 passing and 13 rushing.

"He's been steady," Dutton said. "He takes care of the football. He's getting better each week."

In Watson Chapel's seven games, Shaw has thrown a touchdown pass in each one. He's also scored on the ground in six games.

Since Dutton took over as the Watson Chapel coach in 2014, he's had three sophomore starting quarterbacks. Jakobi Jackson and Devin Curry preceded Shaw as starting sophomore quarterbacks for Dutton.

Shaw has met the challenge of the position so far, Dutton said.

"He's a really good athlete," he said. "He can play anywhere. He could play running back or be a slot receiver. He considers himself as an athlete."

Since Watson Chapel returned to in-person workouts June 1 after holding virtual workouts for two and a half months because of the coronavirus pandemic, Shaw has not missed a day of workouts or practice, Dutton said. He believes Shaw's mentality in practice and workouts has carried over to the games.

"The stage is not too big for him," Dutton said. "He doesn't panic. The sky is the limit for him."

Watson Chapel hosts Maumelle on Friday, then travels to Little Rock Christian on Nov. 5 to end the regular season.

Shaw hopes he can help get the Wildcats prepared for the Class 5A playoffs.

"I just want to play my hardest," he said. "I want to get my team to a state championship."