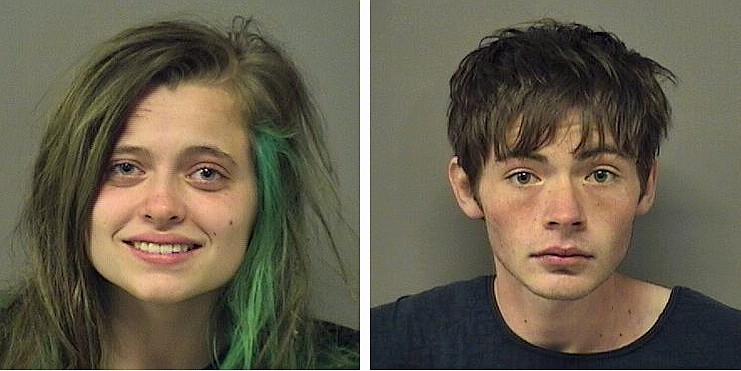 Authorities are investigating two separate shootings in Garland County that injured three people over the weekend and resulted in the arrest of two teens. Two additional suspects, however, remained at large, authorities said Monday.

On Saturday, deputies responding to a shooting call at 609 Mountain Pine Road at about 5:30 a.m. found Logan Lundy suffering from a gunshot wound, according to a news release by the Garland County sheriff’s office. Lundy, whose age wasn’t mentioned in the release, was transported to a local hospital for treatment of his injuries.

While at the scene, deputies made contact with a second victim, Haley Jones, who was present at the time of the shooting and suffered a minor injury after being near the path of the bullet that struck Lundy, according to the release.

Deputies received a call at around 12:35 p.m. Saturday, that Rowland and Morris were inside a residence on Pearcy Road, and the two were taken into custody

Rowland and Morris face one count each of committing a terroristic act. Both remained in Garland County jail late Tuesday morning in lieu of $250,000 bond, an online inmate roster shows.

On Sunday, deputies responding to a call at about 11:45 p.m. that a gunshot victim had been brought to National Park Medical Center learned Dalton Wilkerson had been shot and injured while meeting two people at 180 Akers Road, a separate release states.

A witness who was reportedly with Wilkerson at the time told deputies an altercation happened before the shooting, and he drove Wilkerson to the hospital for treatment, authorities said. The release doesn’t indicate Wilkerson’s condition.

The shooting remained under investigation, and no arrests had been made at the time of the release.