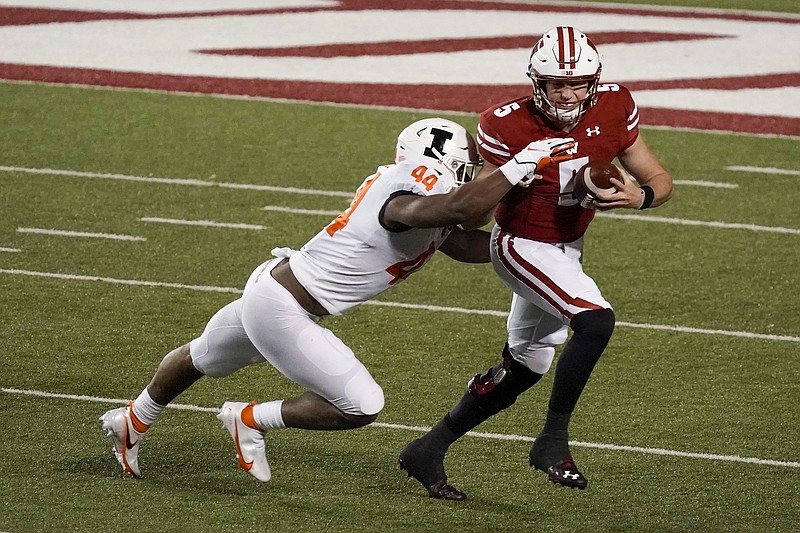 Wisconsin may be facing the type of nightmare scenario that coaches feared as soon as the coronavirus pandemic arrived.

What happens if an outbreak hits a team's quarterback room?

If that weren't enough, the Milwaukee Journal-Sentinel reported that quarterback Chase Wolf has tested positive at least once. Returning starter Jack Coan is out indefinitely after undergoing foot surgery. Junior Danny Vanden Boom is Wisconsin's only other scholarship quarterback.

"Obviously this year there's some things that will be unique," Wisconsin Coach Paul Chryst said Monday without specifically discussing his players' test results. "I've appreciated what that whole room of quarterbacks has done, kind of how they've approached everything."

The situation could leave the No. 9 Badgers incredibly shorthanded at the game's most important position as they prepare to visit Nebraska, host Purdue and travel to No. 13 Michigan over the next three weeks.

It's the type of situation schools were hoping to avoid when college football decided to play amid the pandemic.

Ohio State Coach Ryan Day this week detailed how the No. 3 Buckeyes try to ensure the virus doesn't spread among Justin Fields and the other quarterbacks.

"When they're in the quarterback meeting room with [quarterbacks coach] Corey [Dennis], they obviously are all masked up and distanced, and they do a great job of that," Day said. "I'll grab Justin and take him on my own sometimes for a lot of reasons, but that's one of the, to kind of keep him away from some of the other guys. What a tricky situation."

Back in the spring, Penn State Coach James Franklin noted the difficulties of holding team meetings while also keeping players away from one another as much as possible out of fear an entire position group could be infected.

"But the other challenge is, are you going to meet with all your quarterbacks at the same time and they all get sick, you don't have a healthy quarterback," Franklin said then.

Minnesota's Tanner Morgan said Tuesday that coaches have often reminded him and the other quarterbacks that "it's a crazy year, and crazy things could happen."

"So when we're meeting as quarterbacks, we're all spread out, 6 feet apart," Morgan said. "We all have our masks on. Coach has his mask on. Unless you take a drink of water and put it right back up. We're taking it seriously, because 21 days is a long time, and that's something that we really can't afford."

After announcing Aug. 11 that it would postpone all fall sports until the spring due to the pandemic, the Big Ten reversed itself and opened the season in mid-October. Because it started later than most other Power 5 leagues, the Big Ten put together a nine-game, conference-only schedule without any off weeks.

So while Notre Dame could postpone a scheduled game with Wake Forest after experiencing a covid-19 outbreak last month, Big Ten programs don't have that luxury. The Big Ten's 21-day delay for players to return is also more stringent than other conferences -- a decision the league knew could put its teams at a competitive disadvantage.

"I think there certainly were those questions after the decision was made," Ohio State team physician Jim Borchers said last week. "And the answer is because that's what it took to get us to a point where our presidents and chancellors felt comfortable in minimizing risk to allow a return to competition. And that's all we really paid attention to."

Mertz's first positive test reportedly came one day after he went 20 of 21 and tied a school single-game record by throwing 5 touchdown passes Friday in a season-opening 45-7 victory over Illinois. Now the Badgers may have to turn to Vanden Boom, whose lone career pass at Wisconsin was for a 3-yard touchdown against New Mexico in September 2018. 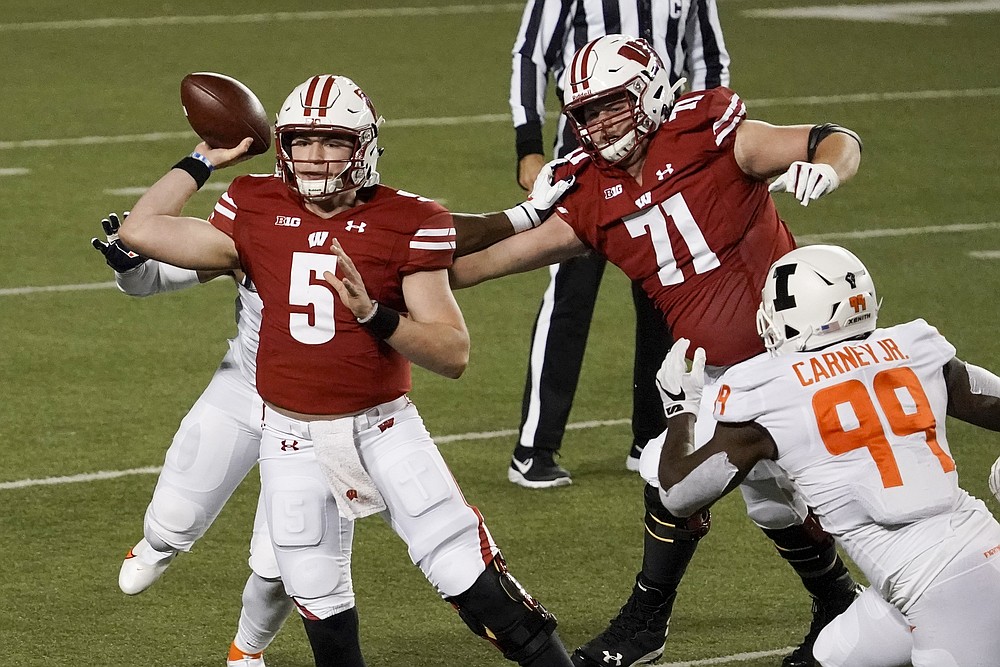 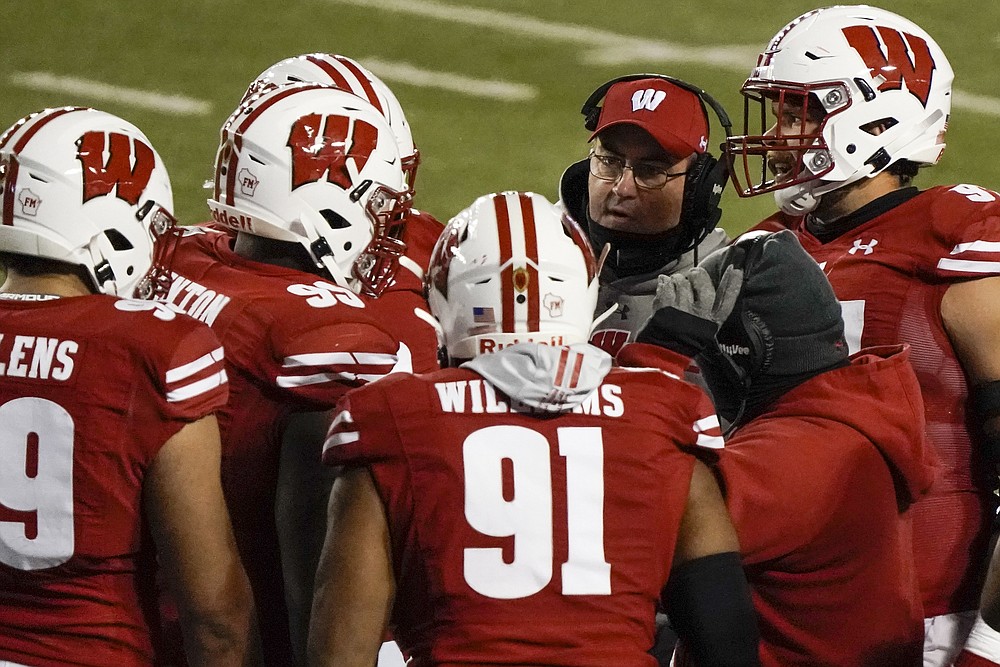 Wisconsin head coach Paul Chryst talks to his players during the first half of an NCAA college football game against Illinois Friday, Oct. 23, 2020, in Madison, Wis. (AP Photo/Morry Gash)
ADVERTISEMENT