Uranium stocks said to be bigger but not enough for nuke by DAVID RISING THE ASSOCIATED PRESS | October 28, 2020 at 5:00 a.m. 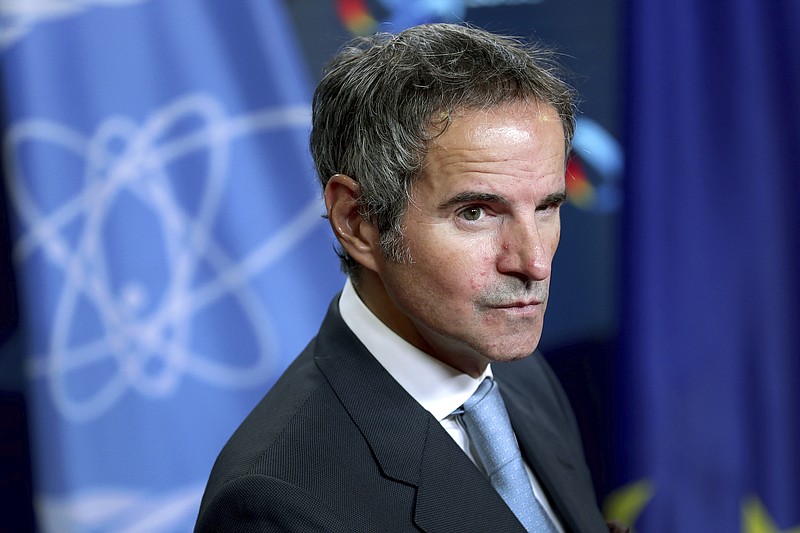 BERLIN -- Inspectors from the U.N.'s atomic watchdog have confirmed that Iran has started building an underground centrifuge assembly plant after its previous one exploded in what Tehran called a sabotage attack over the summer, the agency's head told The Associated Press on Tuesday.

Iran also continues to stockpile greater amounts of low-enriched uranium, but does not appear to possess enough to produce a weapon, Rafael Grossi, director-general of the International Atomic Energy Agency, said in an interview in Berlin.

After the July explosion at the Natanz nuclear site, Tehran said it would build a new, more secure, structure in the mountains around the area. Satellite pictures of Natanz analyzed by experts have yet to show any obvious signs of construction at the site in Iran's central Isfahan province.

"They have started, but it's not completed," Grossi said. "It's a long process."

He would not give further details, saying it's "confidential information." Iran's mission to the United Nations did not immediately respond to a request for comment.

Ali Akbar Salehi, the head of Iran's nuclear department, last month told state television that the destroyed above-ground facility was being replaced with one "in the heart of the mountains around Natanz."

Natanz became a flash point for Western concerns about Iran's nuclear program in 2002, when satellite photos showed Iran building an underground facility at the site, some 125 miles south of the capital, Tehran. In 2003, the U.N. agency visited Natanz, which Iran said would house centrifuges for its nuclear program, buried under some 25 feet of concrete. That offers protection from potential airstrikes on the site, which also is guarded by anti-aircraft positions.

Natanz had been targeted by the Stuxnet computer virus previously, which was believed to be a creation of the U.S. and Israel. Iran has yet to say who it suspects of carrying out the sabotage in the July incident. Suspicion has fallen on Israel as well, despite a claim of responsibility by a previously unheard-of group at the time.

Under the provisions of the landmark 2015 nuclear deal with world powers known as the Joint Comprehensive Plan of Action, Iran is allowed to produce a certain amount of enriched uranium for nonmilitary purposes.

In return, Iran was offered economic incentives by the countries involved.

Since President Donald Trump pulled the U.S. unilaterally out of the deal in 2018 and reimposed sanctions, however, the other signatories -- Germany, France, Britain, Russia and China -- have been struggling to keep the deal alive.

Meanwhile, Iran has been steadily exceeding the deal's limits on how much uranium it can stockpile, the purity to which it can enrich uranium and other restrictions to pressure those countries to come up with a plan to offset U.S. sanctions.

Still though, Iran has continued to allow the U.N. agency's inspectors full access to its nuclear facilities, including Natanz, Grossi said.

In its latest quarterly assessment, the agency reported Iran as of Aug. 25 had stockpiled 4,641.6 pounds of low-enriched uranium, well above the 447.1 pounds allowed under the nuclear agreement. It also was enriching uranium to a purity of 4.5%, higher than the 3.67% allowed under the deal.

According to a widely cited analysis by the Washington-based Arms Control Association, Iran would need roughly 1.16 tons of low-enriched uranium -- under 5% purity -- in gas form and would then need to enrich it further to weapons-grade, or more than 90% purity, to make a nuclear weapon. 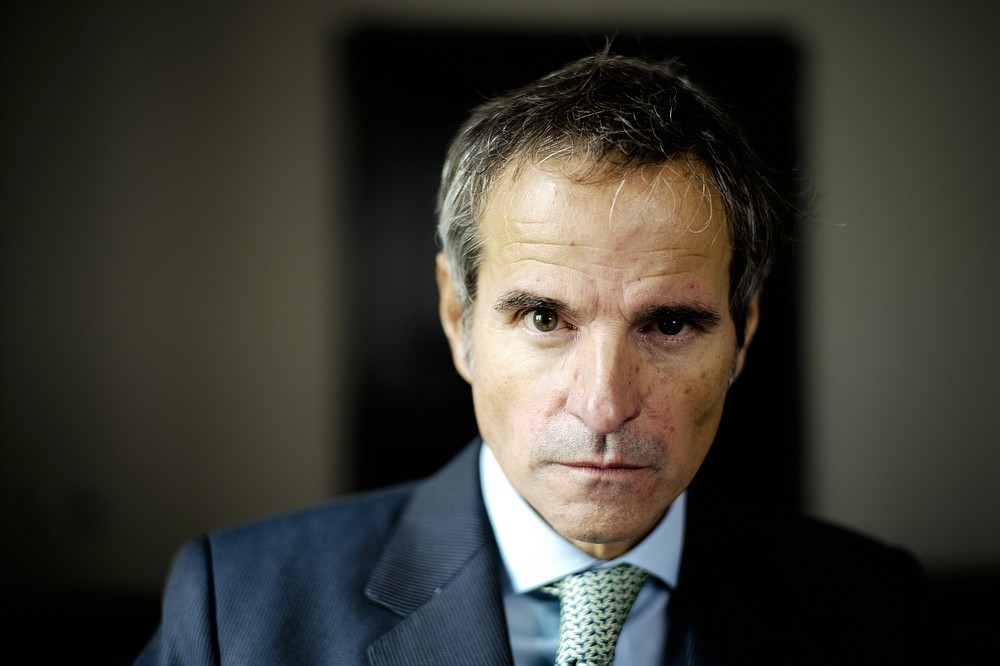 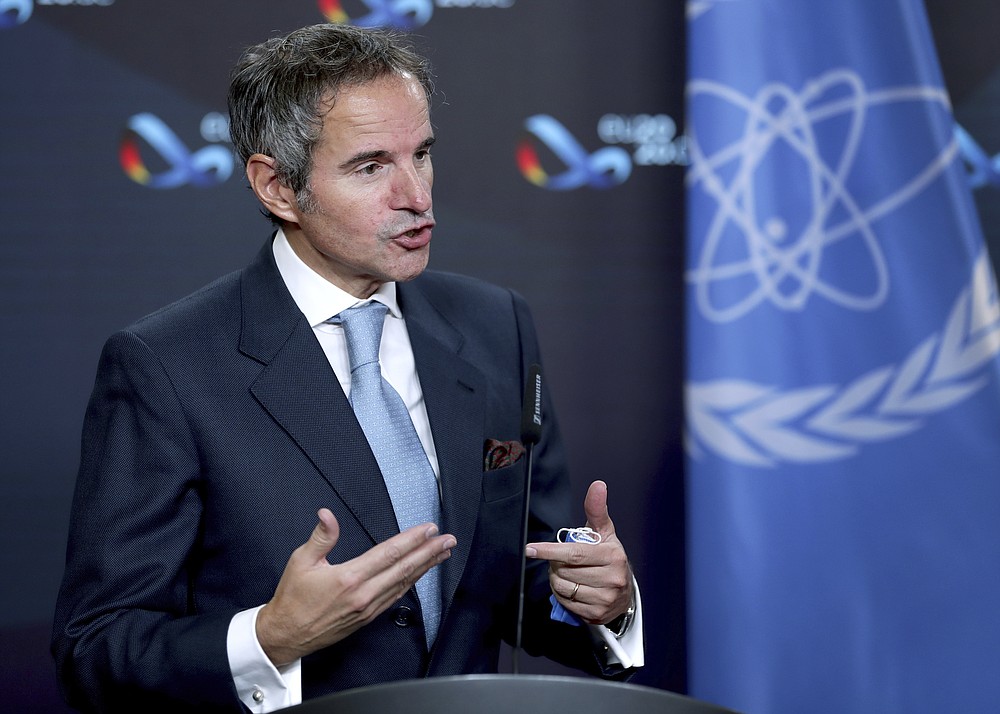 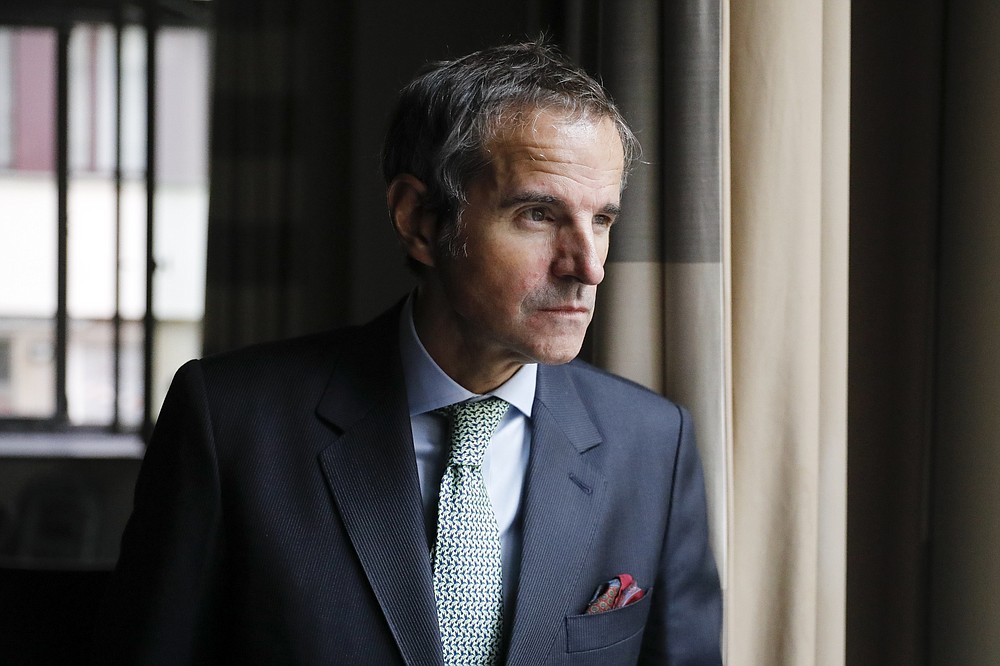