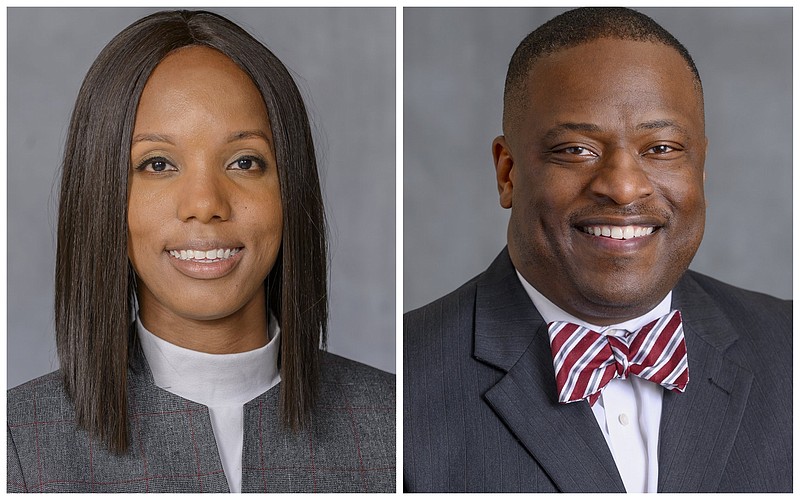 Warren, 71, is one of six judges retiring from the Sixth Judicial Circuit bench that serves Perry and Pulaski counties. She is one of five stepping down because of a state law that requires circuit judges who are elected after turning 70 to give up their retirement benefits, which can be worth up to 80% of their annual $168,096 salary. Their departure has created the largest turnover in judges in at least 20 years.

Warren's departure, along with the retirement of fellow juvenile Judge Wiley Branton, means the circuit will have two new juvenile judges for the first time in more than 25 years. Their successors also will be the region's only two juvenile judges after one of the positions was repurposed under pressure from the Arkansas Supreme Court.

Branton's replacement, 53-year-old Tjuana Byrd of Sherwood, was chosen by voters in the March election when she defeated Suzanne Ritter Lumpkin with 79% of the vote.

Johnson, 32, of Little Rock, an attorney for the state Department of Human Services, and Rolfe, 48, of Maumelle, a lawyer with a private practice and part-time public defender, bring very different backgrounds to the race. The candidates answered questions by email.

In a contest that requires candidates to be at least 30 and have had a law license for at least six years, Johnson, who passed the bar in 2014, says her calling is to be an advocate for children and families, promising that she will bring the heart of an innovator to the bench.

"I have not participated in this broken system long enough for it to taint my view of what needs to be changed to provide clear real restorative justice for our children," Johnson said. "I have seen first-hand what children and families are facing in juvenile court. I have spent more time as an attorney in the trenches of juvenile court fighting to protect our youth in all kinds of situations than my opponent."

Johnson said voters also should look to her record for public service with the Big Brothers Big Sisters program, the Arkansas Fair Housing Commission, the Social Security Administration and the Center for Arkansas Legal Services.

When the future of a child is at stake, voters need to be sure there is a strong and steady hand on the wheel, and that means having a judge with practical experience in the courts, Rolfe said. Highlights of his legal career include recognition as Young Lawyer of the Year in 2000 by the W. Harold Flowers Law Society and his 2017 gubernatorial appointment to serve on the Arkansas Child Abuse, Rape and Domestic Violence Commission.

"In my 23 years as a licensed attorney in Arkansas, I have had the opportunity to represent individuals and families in state and federal courts all over the state of Arkansas. What sets me apart in this race, from my opponent, is relevant experience and training," Rolfe said. "The work within our juvenile courts is of extreme importance and it is necessary that we put individuals in place as judge someone who knows the importance of protecting children and families."

Being elected as juvenile judge would continue his lifelong interest in helping children and young people, Rolfe said. He first had plans to be a teacher until a professor suggested he could do more good as an attorney.

"My degree gave me training in teaching and working with young people at the middle and high school level. Initially, I planned to become a history teacher and school administrator, but at the urging of one of my college professors, I started to explore becoming a lawyer," he said, describing how he got his undergraduate degree in secondary education at the University of Arkansas in 1994. "I have always wanted to get back to my original roots and I feel that this judicial seat will allow me to come full circle to work closely with our youth."

Asked what he believes is his top personal quality that would make him a successful judge, Rolfe said it's how he's learned the importance of patience, not just from his legal career but from his own family.

"I have been able to develop patience through my many years as a practicing attorney and also in my home life as well. I am a husband of 25 years and a father of two children, ages 21 and 18," he said.

Johnson said her most important attribute is that she can bring impartiality to the bench.

"[P]residing over cases dealing with children and remaining impartial in said cases is the only way to recognize true justice," she said. "I began developing this attribute by training to become a mediator. As an attorney, this training has helped me assist the DHS with keeping children safe and respectfully engaging with families to provide services."

According to the latest figures from the Secretary of State, Rolfe is outearning and outspending Johnson with $59,853 in contributions and $44,853 in expenditures. Johnson shows to have collected $14,181 while spending $21,457.

"I did not seek out the big names because Juvenile Court is more akin to the average citizen, the grassroots community, those people who might not have the money or connections that others do," she said. "I am running a grassroots campaign because that is where my experience is, that is the community that experiences Juvenile Court more, and that is where my heart is."

Since the March races, Rolfe said he's been focused on getting his message out to the electorate.

"Despite the current pandemic, I still felt that it was very important to reach out to voters, in a meaningful way, to earn their vote," he said. "My campaign team has used social media, direct mail, and canvassing to reach out to as many voters as possible."

The position is formally known as Circuit Judge District 06, Division 10, Subdivision 6.1. Johnson and Rolfe are competing in a runoff after neither could get the required majority vote in March. In that contest, Johnson garnered 34.8% of the vote, followed by Rolfe with 33.9% and Jonathan Warren, the judge's son, with 31.3%.

But with only 12,328 ballots cast, that translates to a difference of 104 votes between Johnson and Rolfe.

By contrast, 69,134 votes were cast in the Division 9 judgeship that opened up with the retirement of Mary McGowan, while 56,433 residents voted in the Division 2 race to replace Judge Chris Piazza.

That's because the race to replace Warren is unlike most of the other circuit judge races in that only voters who live in the southwestern third of Pulaski County are qualified to cast ballots due to a 1992 federal court settlement.

The election is Tuesday, and early voting runs through Monday.