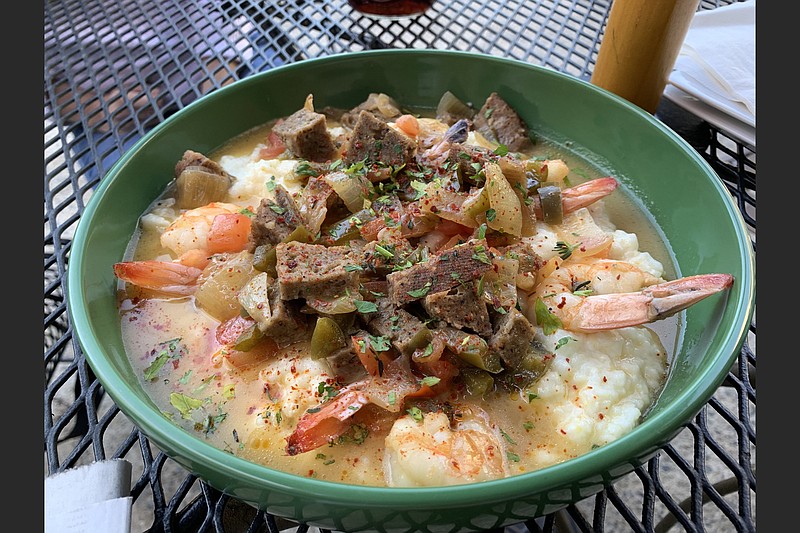 We're still really leery about the risks of dining in, which is why our Takeout Tastings column (found here) continues unabated and, occasionally, un-rebated.

But while fall weather makes it possible, we thought it'd be worthwhile, and maybe even safe, to stick our necks out (literally and metaphorically) and do a little outdoor dining.

South on Main, 1304 Main St., Little Rock, has the advantage of having over the summer built a back patio for its own diners, and, in the evenings, shares with several South Main neighbors in operating that tent "city" on the east side of Main Street (the SoMa Outdoor Dining Room).

Joining Intrepid Companion for our first in-person nosh in what seems like a century, we took on a late-ish Saturday brunch on that enclosed back patio, which has a half-dozen socially distanced grill-work outdoor tables and a nice urban garden vibe. Our friendly server told us she had put the Don McLean channel on the sound system for a soundtrack that was just loud enough that we felt like we were talking over it. (We waited for "American Pie" but never heard it.)

The restaurant's full menu is available, but we chose to focus on the Saturday-Sunday brunch menu. 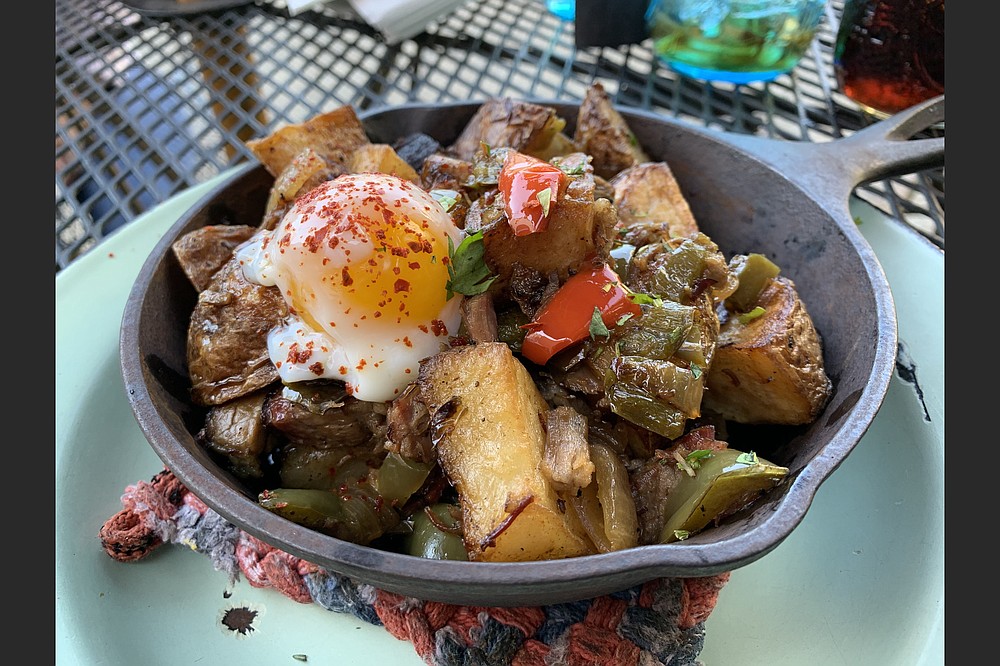 Based on our server's rapturous recommendation, we chose the SoM Brisket Hash ($15), featuring the house smoked brisket (the menu says shredded but some of it was in chunks) served in the skillet with butter-fried potatoes and local peppers and onions.

We enjoyed the smoky flavor of the comparatively lean brisket. But for hash, we would have liked the potatoes to have been in smaller chunks that required less knife work. We expected the poached egg on top to be the size of a typical hen's egg and were surprised by its, well, tiny compactness.

Intrepid Companion sort of backed into, but enjoyed, the Shrimp and Grits ($15), plump Gulf shrimp and a mild house andouille tossed with, rather than topping, buttercream grits in a beurre blanc that made the final result a little soupy. The sausage was definitely the best part of the dish.

Service was very good although our server apparently was working one or more indoor tables in addition to the two on the patio.

CORRECTION: Stephen Burrow replaced Matt Verch as executive chef and general manager of South on Main in August. An earlier version of this review mentioned Verch as the chef.