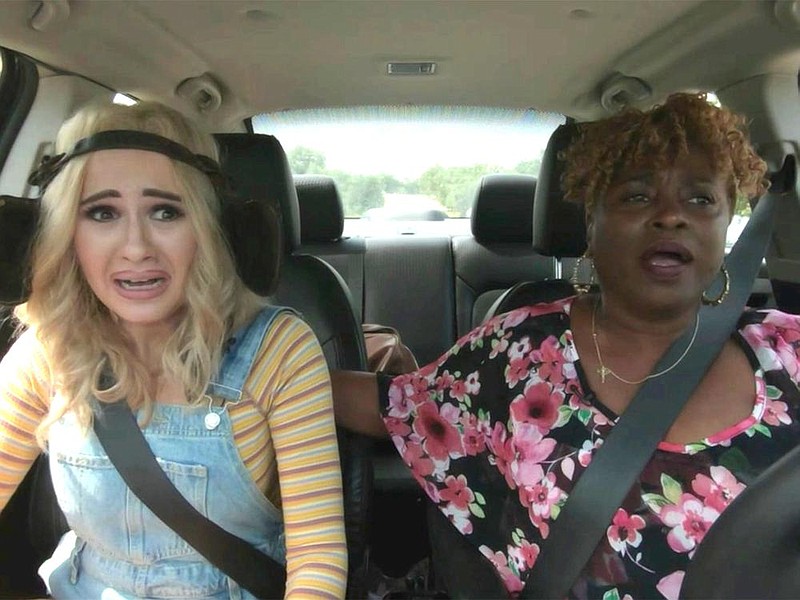 In 2006, Sacha Baron Cohen's fictional Kazakh journalist Borat Sagdiyev embarrassed himself and several unsuspecting Yanks on the big screen. Fourteen years on, it's tempting to wonder if the British comic's crass and occasionally subversive pranks are still funny and occasionally revealing.

Sadly, the real world is still full of racism, sexism and other "isms" worthy of mockery. Worse, the casual anti-Semitism Baron Cohen unearthed on "Da Ali G Show" and in the previous movie have become more troublingly open in the years that have passed.

In the new film, "Borat Subsequent Moviefilm," Borat (Baron Cohen) is paying a dear price for his previous journalism. Apparently, Kazakhs were embarrassed by his unflattering swimsuit, his toilet habits and his pursuit of Pamela Anderson.

He's now breaking rocks in a gulag because he has shamed his entire country. (I've met someone from Kazakhstan through my day job as a technical writer, and the folks there look, sound and act nothing like Borat, so he may be getting what he deserves.)

With the ascent of Donald Trump, however, the State seems to have found a new use for the former pariah. Eager to impress the President the way Putin has, they send Borat to the States to escort the Kazakh Minister of Culture as a bribe for Vice President Mike Pence.

Perhaps I should mention that this esteemed official from the former Soviet Socialist Republic is a chimp.

Through a mix-up similar to the ones Borat had in the previous film, he winds up accompanying his teenage daughter Tutar (Bulgarian actor Maria Bakalova) across the nation as he shows up at a variety of places he probably shouldn't be.

The two invade a MAGA rally, a synagogue and an interview with former Big Apple mayor Rudy Giuliani, with funny and occasionally stomach-churning results.

If you think that appearing in a children's movie like Martin Scorsese's "Hugo" or Aaron Sorkin's drama "The Trial of the Chicago 7" might have refined Baron Cohen's taste or softened the bile of his humor, you'd be wrong.

While Borat's lack of embarrassment about his hram (you don't want to know that that means) are still a source of the joke, the stuff that makes his satire worth catching is the stuff Baron Cohen or director Jason Woliner ("The Last Man on Earth") can't control.

For example, when the Sagdiyevs visit a crisis pregnancy center, the proprietor is more interested in preserving Tutar's non-existent pregnancy than with dealing with the possibility that her father might have molested her.

Later, Tutar questions Giuliani, who doesn't need much help in making a buffoon of himself. The moment where he reaches into his slacks is only part of an extended string of eye-rolling behavior. It's probably worse when he blames, without evidence, covid-19 on a lab.

As with his first mission, Borat has a knack for getting people to reveal anti-Semitism and other evils. There's a message on a cake that echoes the Charlottesville riots. In the time that has passed, however, Baron Cohen seems to have developed a heart, and the new film is better for it.

When Borat and Tutar take over a debutante ball the gag is more gross than amusing, but Borat has an innocence that makes his transgressive behavior and the ugliness of others easier to tolerate. As funny as it is to see him try to "sell" his offspring to Pence, who makes an unfortunate prediction about a certain contagion, it might be nice to live in a world where Borat doesn't have to remind us of our occasional failings.

When Borat shelters in place at the outbreak of everyone's least favorite virus, his kindly hosts are QAnon followers who think that Bill and Hillary Clinton suck children's adrenaline. But Borat's hosts later prove themselves to be anything but bigoted morons when they tell him that his "Kazakh" child-raising manual is sexist nonsense.

At a low point, he's also comforted by the late Judith Dim Evans, a Holocaust survivor who helps Borat lose his hatred of Jews and find a new purpose in his life. Dim Evans, whose website is referenced in the credits, clearly deserved to be in a movie. Borat's scene with her reminds us of how America can be a beacon for the rest of the world and why we should never forget it.