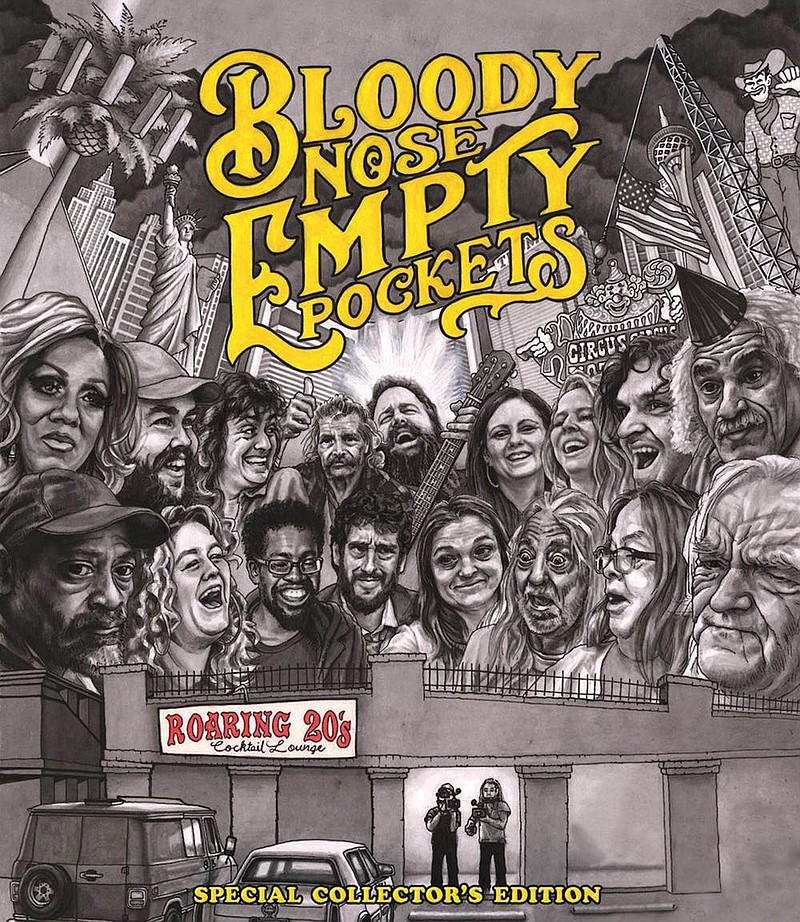 An affectionately raucous yet unsentimental exploration of the intimacy that a few stiff drinks can bring among a group of people who don't necessarily have much in common, staged in the final hours of an unglamorous Las Vegas dive bar called the Roaring 20s.

Made on the cheap in a borderline documentary style (the cast was gathered by auditioning bar patrons from across the country), its power comes from the bizarre yet realistic array of characters that sit on the dumpy barstools and carry on the sort of conversations burbling all around that, weird as they are, reflect human behavior in the presence of intoxication.

"Ben 10 vs. The Universe; The Movie" (not rated, 1 hour, 12 minutes) An animated film about an Earth boy named Ben Tennyson who acquires a complicated watch-like alien device called the Omnitrix, which augments his DNA and enables him to transform into any number of alien species. Based on the reboot of a long-running Cartoon Network series; directed by Henrique Jardim and John McIntyre.

"Spine Chiller" (not rated, 1 hour, 13 minutes) A slick, classically constructed anthology-style horror thriller, offered in four stories, of characters invited to the annual Spine Chiller Halloween dance. Some invitations, though appreciated, ought to be turned down. With Derric Hyde, Rose Stainbrook, Taylor Rhoades; written and directed by Jacob Perrett.

"Friendsgiving" (R, 1 hour, 35 minutes) A dramatic comedy, elevated by an exceptional cast, in which Molly and Abby, along with assorted friends and acquaintances, host a dysfunctional, comical and chaotic Thanksgiving dinner. Aren't they all? With Malin Akerman, Kat Dennings, Christine Taylor, Jane Seymour, Aisha Tyler; written and directed by Nicol Paone.

"Attack of the Unknown" (not rated, 1 hour, 43 minutes) This is a low-budget, highly entertaining and none-too-original police thriller (with a sleazy 1950s vibe) in which a SWAT team transporting a crime syndicate boss find themselves trapped inside a county detention center during an alien invasion. With Tara Reid, Richard Grieco, Robert LaSardo, Douglas Tait; co-written and directed by Brandon Slagle.

"Defying All Odds" (not rated, 1 hour, 11 minutes) This Australian documentary concerns Dr. Terry Wahls, an American physician who, when diagnosed with an incurable disease, develops an unconventional approach to treatments that might save her life. With Chiara Gizzi, Jacquie Reger, Capri Walsh; produced by directed by Caroleen Moise.

"Narco Soldiers" (not rated, 1 hour, 34 minutes) Fans of action-packed and drug-laden crime thrillers might find themselves in good company with this story of how long-dormant Dominican Republic drug routes and a violent couple rise to power. With Rafael Amaya, Carolina Guerra, Ricardo Chavira; produced and directed by Felix Limardo.