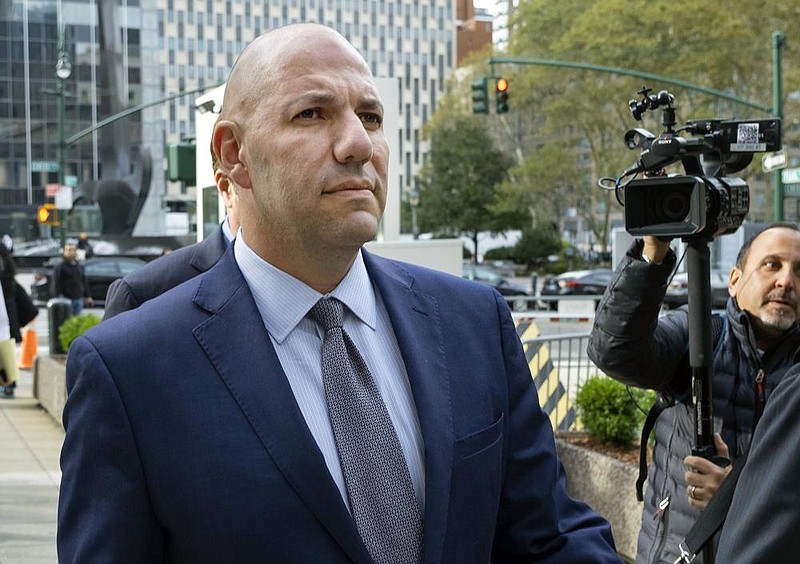 NEW YORK -- Prosecutors secured a guilty plea Thursday from a Florida businessman who hired Rudy Giuliani to lend credibility to a supposedly fraud-busting company that authorities say was a fraud itself.

The plea by David Correia, 45, a former golf professional, came to charges of making false statements to the Federal Election Commission and wire fraud conspiracy. It occurred in a remote appearance before U.S. District Judge J. Paul Oetken in Manhattan. Sentencing is set for Feb. 8.

The wire fraud plea pertained to a business named Fraud Guarantee, a Florida-based entity formed eight years ago to protect investors against fraud. As part of the plea, Correia agreed that federal sentencing guidelines call for a sentence of about three years in prison, though his lawyer can argue for less. He also agreed that he owes $2.3 million in restitution and must forfeit $43,650.

The charge directly related to Fraud Guarantee was added last month to a broader criminal case against two men, Lev Parnas and Igor Fruman, who worked with Giuliani to try to get Ukrainian officials to investigate Hunter Biden, the son of former Vice President Joe Biden.

As he entered his plea in a video conference held because of the pandemic, Correia admitted that he knew what he was doing was wrong when he committed the crimes.

He said he knew that a declaration he filed with the Federal Election Commission in October 2018 contained "things that were probably false," but he said he wanted to hasten the end of the agency's investigation, "which I believed was unwarranted."

Regarding the Fraud Guarantee project, Correia said he knew he was giving investors wrong information but did so because, "I wanted investors to participate in what I thought was a great project."

Assistant U.S. Attorney Douglas Zolkind said Correia and Parnas used false claims about the business to induce at least seven investors between 2012 and 2019 to contribute between $200,000 and $500,000, saying the money would be used only for business interests and nothing personal.

In fact, the prosecutor said, the majority of the money from investors was withdrawn as cash and spent on rent, luxury cars and retail stores by Parnas. The company, Zolkind added, had not become operational.

Zolkind's statement prompted William Harrington, Correia's attorney, to say his client "got very little of that money" and was actually working on the project to get the company off the ground.

"I do think it's worth mentioning," Harrington said, adding that he didn't want the wrong impression to get out before sentencing.

Parnas and Fruman, along with Correia and a fourth defendant, were charged last year with making illegal contributions to politicians they thought could aid their political and business interests.

Giuliani has said he knew nothing about contributions. He has not been charged. Parnas and Fruman have pleaded innocent.

Correia and Parnas agreed to pay Giuliani, a Republican former New York City mayor, a $500,000 consulting fee to work with Fraud Guarantee. Giuliani confirmed that he was promised $500,000 to consult with the company.

Correia, who owns a home with his wife in West Palm Beach, Fla., is the only American-born defendant in the case.