This photo combination shows from left: musician Christina Aguilera in Los Angeles, March 29, 2012, comedian George Lopez in Los Angeles, Dec. 25, 2012, and actor Jack Black in Las Vegas, April 25, 2012. Public relations firms hired by the Department of Health and Human Services vetted the political views of hundreds of celebrities, including Aguilera, Lopez, and Black, for a health education advertising campaign on the coronavirus outbreak. That's according to documents released Thursday by a House committee. (AP Photo)

WASHINGTON -- Public relations firms hired by the Department of Health and Human Services vetted political views of hundreds of celebrities for a planned $250 million ad blitz as part of the Trump administration's response to the coronavirus outbreak, according to documents released Thursday by a House committee.

None of the celebrities agreed to participate -- they may not have known they were being vetted -- and the campaign has been put on hold.

Director Judd Apatow believes President Donald Trump "does not have the intellectual capacity to run as president," according to a list of more than 200 celebrities compiled by one of the firms. Singer Christina Aguilera "is an Obama-supporting Democrat and a gay-rights supporting liberal," the list says, and actor Jack Black is "known to be a classic Hollywood liberal." A public service announcement by comedian George Lopez was "not moving forward due to previous concerns regarding his comments regarding the president," according to the documents.

The names were among the spreadsheets, memos, notes and other documents from September and October released by the House Oversight and Reform Committee.

The firms' vetting came ahead of a more than $250 million campaign planned as a confidence-building effort surrounding the virus, which is a core issue in the presidential race between Trump and former Vice President Joe Biden.

According to one memo compiled by a subcontractor to Atlas Research, one of the firms hired by the Health and Human Services Department, spokesman Michael Caputo suggested a series of soundbites and taglines for the campaign, including "Helping the President will Help the Country." The notes say that Caputo wanted the campaign to be "remarkable" and to rival Rosie the Riveter, the character who symbolized women who worked in factories and shipyards during World War II against Germany.

"For us, the 'enemy' is the virus," Caputo said, according to the memo.

The documents also show push-back from some of the federal employees leading the work, who removed Caputo from an email chain and thanked one of the contractors for dealing with a "challenging" environment.

"Of course, it is completely inappropriate to frame a taxpayer-funded ad campaign around 'helping' President Trump in the weeks and days before the election," said House Oversight Chairwoman Carolyn Maloney, D-N.Y., and Reps. James Clyburn of South Carolina and Raja Krishnamoorthi of Illinois, both subcommittee chairmen, in a letter to Health and Human Services Secretary Alex Azar.

Azar put the entire project on hold earlier this month, telling the oversight subcommittee led by Clyburn that it was being investigated internally.

"I have ordered a strategic review of this public health education campaign that will be led by our top public health and communications experts to determine whether the campaign serves important public health purposes," Azar told the subcommittee, which is investigating the federal government's response to the coronavirus outbreak.

The 34-page "PSA Celebrity Tracker" compiled by Atlas Research and released by the committee does not say whether the celebrities were aware they were even being considered or if they had agreed to participate. The report says that no celebrities are now affiliated with the project but a handful did initially agree to participate.

Singer Marc Antony, who has been critical of Trump, pulled out after seeking an amendment to his contract to "ensure that his content would not be used for advertisements to reelect President Trump."

Actor Dennis Quaid also initially agreed and then pulled out, according to a document from Atlas Research. In an Instagram video post last month titled "No good deed goes unpoliticized," Quaid said he was frustrated that a taped interview he did with Dr. Anthony Fauci, the nation's top infectious-disease expert, for the campaign was portrayed in the media as an endorsement of Trump.

Antony and Quaid were among just a few celebrities who were approved for the campaign, according to the documents. Others included TV health commentator Dr. Oz and singer Billy Ray Cyrus.

Information for this article was contributed by Ricardo Alonso-Zaldivar of The Associated Press. 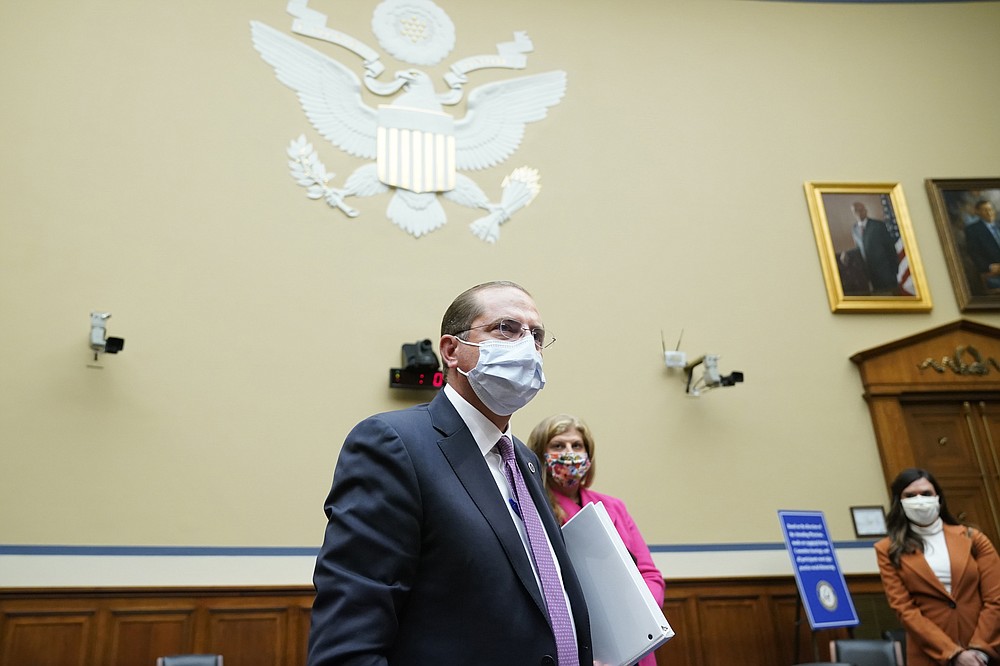