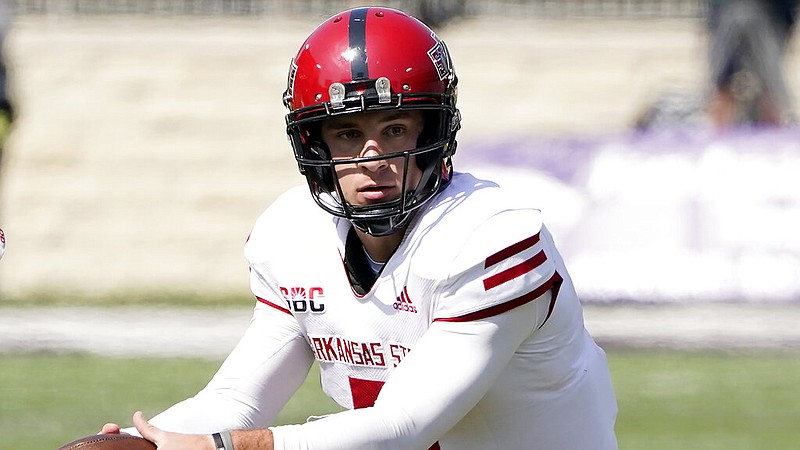 JONESBORO — Arkansas State University (3-4) lost its second consecutive game Saturday, falling to Troy (4-2) 38-10 in a game that was a disaster from the start for the Red Wolves.

Troy jumped out to an early 14-0 lead in the first quarter, outgaining Arkansas State by 251 total yards to 40.

ASU did get a goal line stop to start the second quarter, turning Troy over on downs and then driving down the field to add a field goal. But those were the only points ASU scored in the first half, while Troy added 10 more to take a 24-3 into the half.

After trading punts to start the third quarter, Arkansas State finally found the end zone when sophomore quarterback Layne Hatcher hit Jonathan Adams Jr. for a three-yard touchdown pass, cutting the lead to 24-10 with 4:55 left in the third quarter.

Arkansas State had multiple opportunities to cut the deficit to one score, but failed to do so on three straight possessions. Halfway through the fourth quarter and still trailing 24-10, junior quarterback Logan Bonner was strip-sacked. The ball was subsequently returned for a touchdown, and Troy extended its lead to 31-10 with 7:34 remaining.

ASU turned it over downs on the next possession, and Troy scored one final touchdown with only 26 seconds remaining.

ASU will travel to Louisiana Lafayette next week, playing the Rajin' Cajuns at 11 a.m.