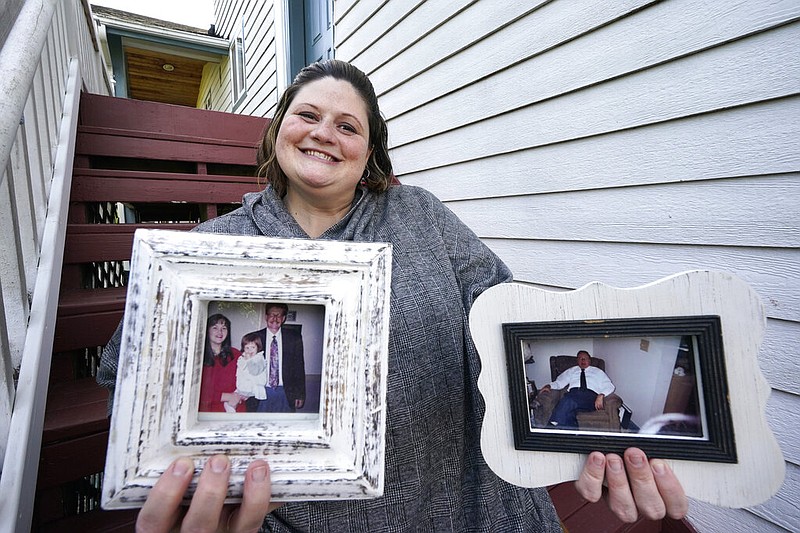 Caitlin Joyce holds family portraits, including her as a child with her parents and a photo of her 90-year-old grandfather, as she poses for a photo at her home Saturday, Aug. 29, 2020, in Edmonds, Wash. Joyce's family is forging ahead with a Thanksgiving holiday feast in Virginia and she plans to join them. They plan to set up plywood tables on sawhorses in a large garage so they can sit six feet apart where "It will be almost like camping." ( AP Photo/Elaine Thompson )

WASHINGTON -- Dr. Anthony Fauci, the federal government's top infectious-disease expert, said Monday that Labor Day weekend will be key in determining whether the U.S. gets a "running start" at containing the coronavirus this fall.

[Video not showing up above? Click here to view » https://www.youtube.com/watch?v=_syzUd1vPfQ]

Fauci said during a White House conference call with governors that he has a "great deal of faith in the American people" to wash their hands, practice social distancing, wear masks, avoid crowds and congregate outside during the weekend celebrations. He said it's important to avoid a surge in virus cases like those seen after the Memorial Day and July Fourth holidays.

As the summer of the coronavirus draws to a close, many experts fear an even bleaker fall and suggest that American families should start planning for Thanksgiving by Zoom.

Because of the many uncertainties, public health scientists say it's easier to forecast the weather on Thanksgiving Day than to predict how the U.S. crisis will play out this autumn. But school reopenings, holiday travel and more indoor activity because of colder weather could all increase transmission of the virus and combine in ways that could multiply the threat, they say.

One certainty is that the virus will still be around, said Jarad Niemi, a disease-modeling expert at Iowa State University.

Fall may feel like a roller coaster of stop-and-start restrictions as communities react to climbing hospital cases, said University of Texas disease modeler Lauren Ancel Meyers. Everyone should get a flu shot, she said, because if flu spreads widely, hospitals will begin to buckle, and "that will compound the threat of covid."

"The decisions we make today will fundamentally impact the safety and feasibility of what we can do next month and by Thanksgiving," Meyers said.

The virus is blamed for more than 183,000 deaths and 6 million confirmed infections in the U.S. Worldwide, the death toll is put at almost 850,000, with more than 25 million cases.

The U.S. is recording on average about 900 deaths a day from covid-19, and newly confirmed infections per day are running at about 42,000, down from their peak in mid-July, when cases were topping out above 70,000.

Several vaccines are in advanced testing, and researchers hope to have results later this year. But even if a vaccine is declared safe and effective by year's end, as some expect, there won't be enough for everyone who wants it right away.

Several companies are developing rapid, at-home tests, which conceivably could be used by families before a Thanksgiving gathering, but none has yet won approval.

More than 90 million adults are older than 65 or have health problems, putting them in higher danger of severe consequences if they get sick with the coronavirus. Many of them and their families are starting to decide whether to book holiday flights.

On Monday, Florida Gov. Ron DeSantis brought the White House's new coronavirus adviser, Scott Atlas, to Tallahassee to embrace a controversial testing policy that suggests people with no symptoms should be discouraged from testing because it leads to shutdowns, a position opposed by other members of the president's task force.

"The CDC is not saying you cannot get a test. They're just saying there's a rationale for getting a test, and if you are concerned, you can contact your doctor or your local health official," Atlas said at the media event at the state Capitol. "But there must be a prioritization, because we need to use the testing -- not to lock down society -- you need to have the testing result in something very positive, and that is decreasing deaths."

Atlas said that while asymptomatic people can spread the coronavirus, it is less important to prevent the spread among the general population than among the most vulnerable.

"You don't have to be a genius to figure out that if someone's coughing up virus, they are going to be spreading, so there's no doubt that the symptomatic super-spreaders are the symptomatic people," Atlas said.

The idea that asymptomatic spread is not enough of a problem to suggest asymptomatic people do not need to be tested for covid-19, even if they've been in close contact with an infected person, is not universally accepted among public health officials, including those on the White House task force.

"I am concerned about the interpretation of these recommendations and worried it will give people the incorrect assumption that asymptomatic spread is not of great concern. In fact, it is," Fauci told CNN after the Centers for Disease Control and Prevention modified its proposal Aug. 20 to discourage testing among asymptomatic people.

"Each university not only has to do entrance testing," Birx said, according to a recording of the call obtained by the Center for Public Integrity. "What we talked to every university about is being able to do surge testing."

Atlas contradicted that position, suggesting that colleges should refrain from mass testing.

He argued: "If you close colleges, you're sending low-risk asymptomatic people into a high-risk environment by sending them home with their older parents out into the community."

Atlas, a neuroradiologist from Stanford University's conservative Hoover Institution, supports policies of herd immunity and has urged that the United States adopt the model Sweden has used, which advocates for lifting restrictions to allow more exposure and allow people to build up immunity to the disease rather than limiting social and business interactions to prevent the virus from spreading.

Sweden's handling of the pandemic has been heavily criticized by public health officials and infectious-disease experts as reckless -- the country has among the highest infection and death rates in the world. It also hasn't escaped the deep economic problems resulting from the pandemic.

But Sweden's approach has gained support among some conservatives who argue that social distancing restrictions are crushing the economy and infringing on people's liberties.

In meetings, Atlas has argued that metropolitan areas such as New York, Chicago and New Orleans have already reached herd immunity, according to two senior administration officials. But Birx and Fauci have disputed that, arguing that even cities that peaked to potential herd immunity levels experience similar levels of infection if they reopen too quickly, the officials said.

Also on Monday, Australia recorded its deadliest day of the pandemic as the government urged hot spot Victoria state to announce plans to lift a lockdown on the country's second-largest city.

Victoria's health department reported 41 deaths from covid-19 and 73 new infections in the latest 24-hour period. While the deaths were a state and national high, the tally of new infections was Victoria's lowest since 67 new cases were recorded June 30 in the early weeks of the second wave of the pandemic, which has primarily been concentrated in the state capital, Melbourne.

Victorian Premier Daniel Andrews said only eight of the 41 fatalities occurred in the latest 24-hour period. The others occurred in aged care since late July and were reported on Sunday following a tightening of reporting obligations and a review of previous reporting, Chief Health Officer Brett Sutton said.

A six-week lockdown in the city is due to be relaxed Sept. 13. But the state government has not said how it will be relaxed or given any assurances that it won't be extended.

• Mississippi Gov. Tate Reeves says he is extending a statewide mask mandate and most other restrictions another two weeks. He said a limit of 25% capacity remains in place for stadiums, gyms and other venues, and people should maintain social distance from those who are not in their immediate families.

• New Jersey Gov. Phil Murphy announced indoor dining will resume Friday on a limited basis. Restaurants can have 25% capacity, which includes maintaining social distancing between tables. Masks will be required except when eating or drinking.

• New Zealand lifted a lockdown in Auckland on Monday and is mandating masks on public transport. The nation's largest city had been in a lockdown for more than two weeks after an outbreak of the coronavirus was discovered in August.

• Hong Kong authorities say nearly half a million people have registered for a free universal testing program that will begin today. Residents registering online have already booked out 80 testing sites in gymnasiums and community centers for the initial day of the program, according to the government's website.

Information for this article was contributed by Carla K. Johnson and staff members of The Associated Press; by Mary Ellen Klas and Daniel Chang of the Miami Herald; and by Yasmeen Abutaleb, Josh Dawsey, William Wan and Lena H. Sun of The Washington Post. 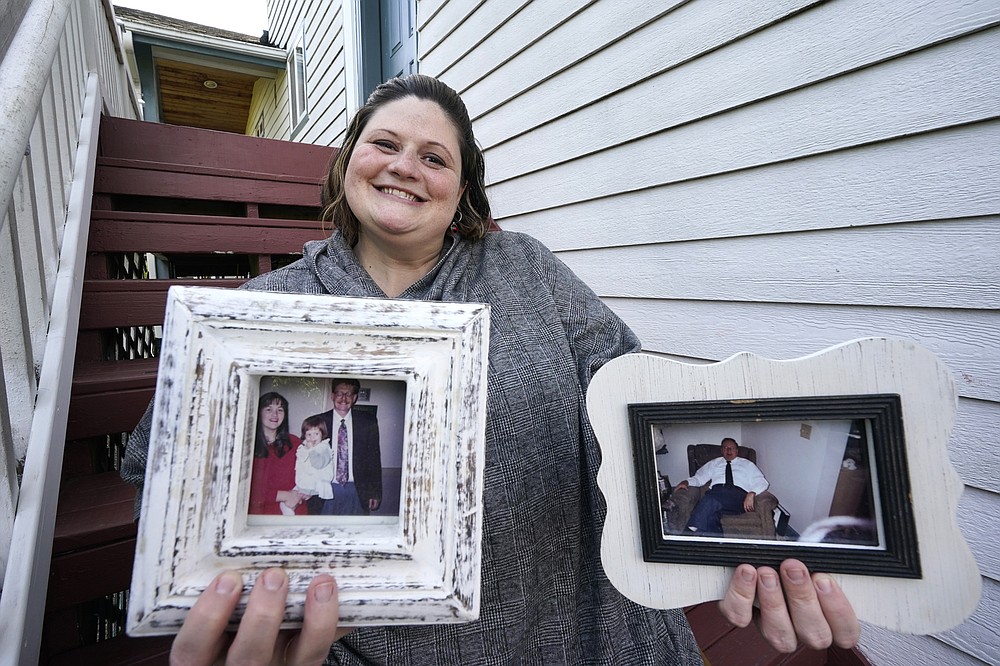 Caitlin Joyce holds family portraits, including her as a child with her parents and a photo of her 90-year-old grandfather, as she poses for a photo at her home Saturday, Aug. 29, 2020, in Edmonds, Wash. Joyce's family is forging ahead with a Thanksgiving holiday feast in Virginia and she plans to join them. They plan to set up plywood tables on sawhorses in a large garage so they can sit six feet apart where "It will be almost like camping." (AP Photo/Elaine Thompson) 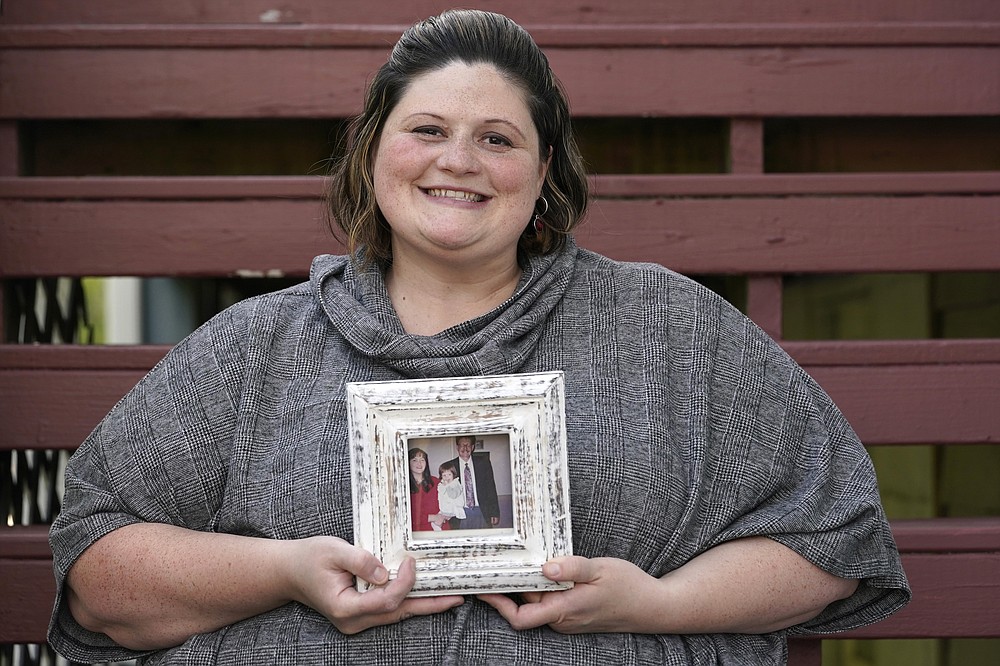 Caitlin Joyce holds a photo of herself as a child held by her parents as she poses for a photo at her home Saturday, Aug. 29, 2020, in Edmonds, Wash. Joyce's family is forging ahead with a Thanksgiving holiday feast in Virginia and she plans to join them. They plan to set up plywood tables on sawhorses in a large garage so they can sit six feet apart where "It will be almost like camping." (AP Photo/Elaine Thompson) 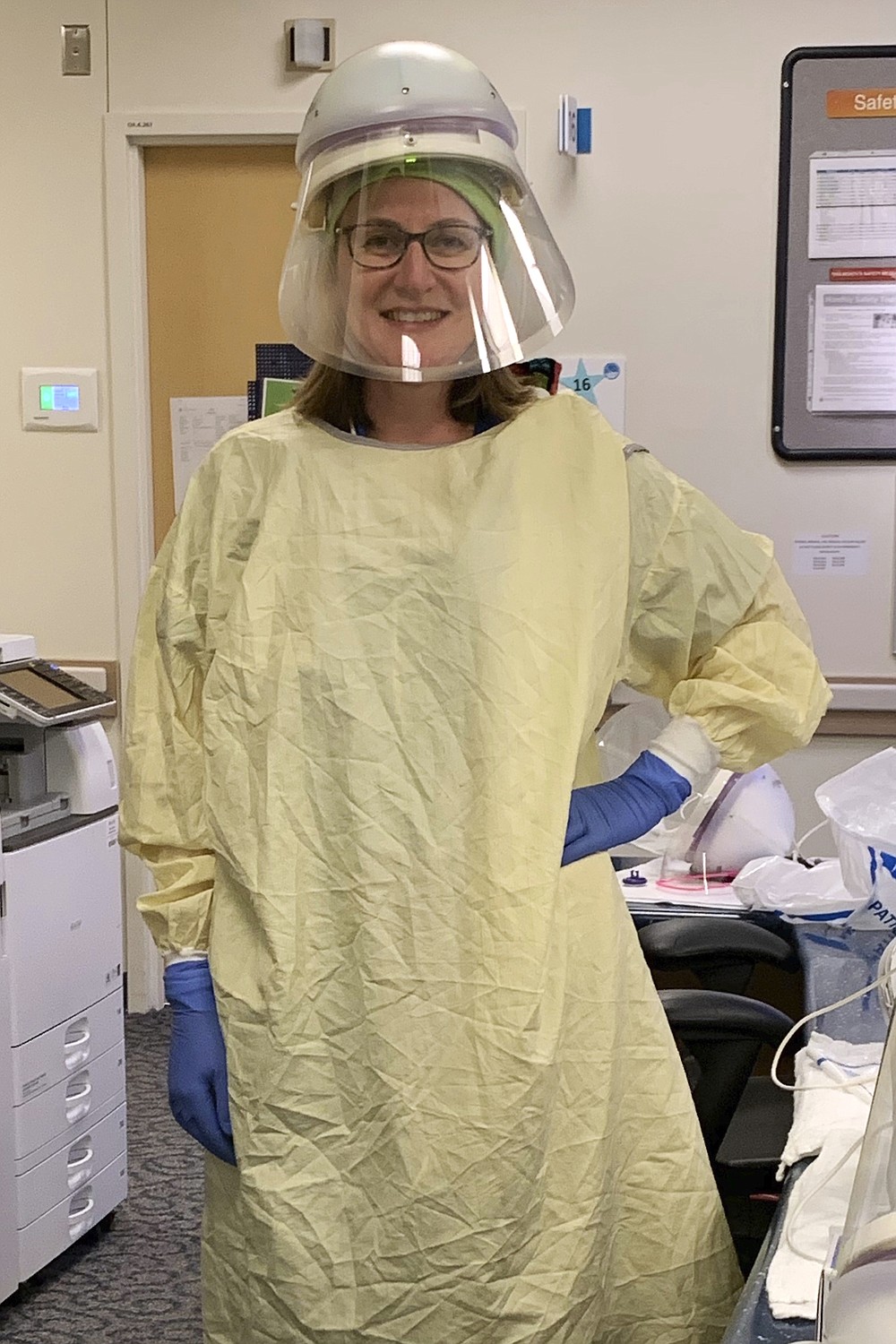 In this undated photo provided by Cassie Docking, she poses at work as an urgent care nurse in Seattle. As the Summer of COVID draws to a close, many experts fear an even bleaker fall and suggest that American families should start planning for Thanksgiving by Zoom. She is telling her parents — both cancer survivors — that Thanksgiving will be by FaceTime only. “We all want to get to 2021 and if that’s what it takes, that’s what we’ll do,” Docking said. (Courtesy of Cassie Docking via AP)
ADVERTISEMENT