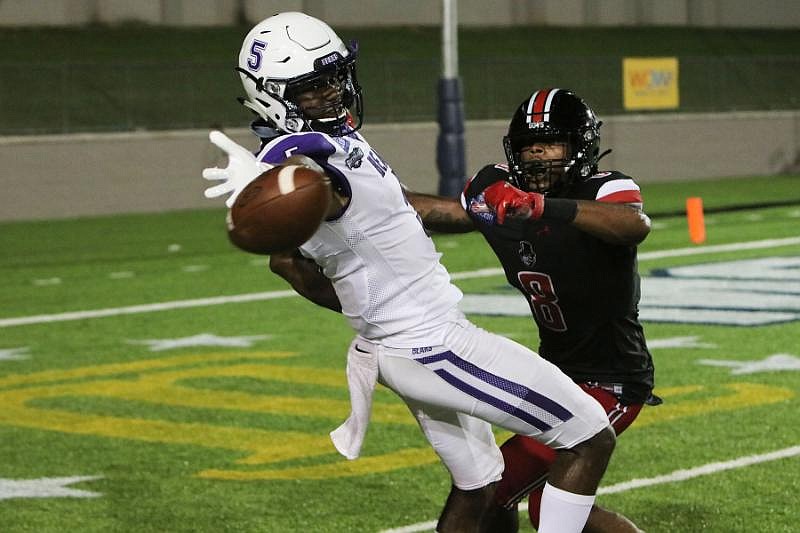 Central Arkansas' Lajuan Winningham (5) reaches for the ball in front of Austin Peay defensive back Isaiah Norman on Saturday during the Bears' 24-17 victory over the Governors in Montgomery, Ala. Winningham caught a 10-yard touchdown pass from Breylin Smith with 34 seconds remaining to give the Bears the victory. - Photo courtesy of University of Central Arkansas

University of Central Arkansas football personnel’s covid-19 testing has moved from Tuesday to Wednesday morning ahead of its game with University of Alabama-Birmingham Thursday, according UCA Athletic Director Brad Teague.

Teague said they will use a rapid antigen test to provide results the same day. UCA also tested Sunday morning and learned Monday all results were negative. The Bears must test twice before Thursday's game in accordance with UAB and Conference USA's guidelines.

UCA and UAB will kick off Thursday night 7 p.m. on ESPN3.