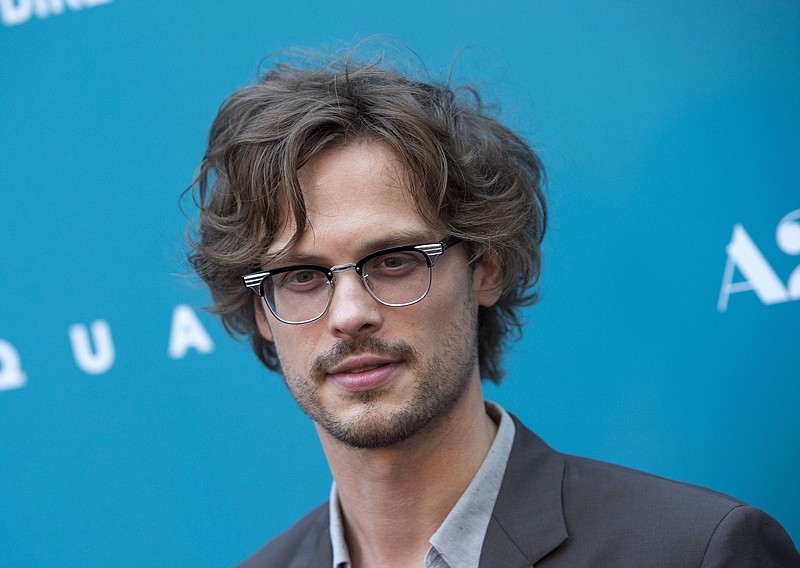 Actor Matthew Gray Gubler’s charm and good looks are helping keep the out-of-production “Criminal Minds” popular among young people on TikTok, who have taken a liking to the show and regu- larly discuss and dissect it on the social media platform. (AFP via Getty Images/Valerie Macon)

One of the first "Criminal Minds" videos Joselyn Martinez posted to TikTok involves a scene in which actor Matthew Gray Gubler appears to break character. She wanted to share the funny moment, not sure how many others had noticed it.

"I posted it, and it blew up," Martinez said of the video, which has clocked more than 814,000 views since it was posted on the social video app. "And I (realized) a lot of people are into the show. I had no idea."

Since then, the 18-year-old has focused her TikTok account on "Criminal Minds" content, becoming a part of the show's growing fans on the platform.

We're not just talking about casual fans here, either: Videos marked with the #criminalminds hashtag have been viewed more than 1.5 billion times on TikTok, which is more than 10 times that of content posted under hashtags associated with other popular crime procedurals such as "Law & Order: SVU," "CSI" and "NCIS" ... combined.

But the notion of teenagers and young adults creating and sharing digital content about a CBS crime procedural that premiered in 2005 shouldn't be written off as a humorous novelty. "Criminal Minds" TikTok also offers a striking glimpse at television's streaming, and social, future.

One key component is the streaming long tail: Although the series, which follows special agents in the FBI's Behavioral Analysis Unit and their work investigating crimes and profiling serial killers, concluded its 15-season run earlier this year, its first 12 seasons are available to stream on Netflix and continue to attract new fans.

In turn, TikTok prolongs the series' life span by keeping viewers engaged, especially upon multiple viewings, and by taking it to the attention of potential new viewers -- the most viral TikTok posts are peppered with user comments asking what show the clips are from.

Caitlin White, 15, said she came across "Criminal Minds" on Netflix and decided to check it out after hearing some positive word-of-mouth reviews. She started watching the show shortly before the coronavirus-related shutdowns and "immediately ... became completely obsessed."

"I love the characters," said White, who has since watched all 12 seasons available on Netflix. "Before I started watching ('Criminal Minds'), I got really into listening to serial killer podcasts and learning about ... the psychology of it. I thought the show had a fun take on my interests."

She soon discovered "Criminal Minds" videos and other young fans of the show on TikTok.

"It's mostly other people my age making jokes, making little memes ... and just discussing the show and how much they like rewatching episodes," White said. "It's created this huge community, and I think it's just really great because people with similar interests are coming together. That's really cool."

Among the "Criminal Minds" videos posted on TikTok are those of fans reacting to specific scenes, skits and even lip-syncing. Fans indulging their appreciation of Dr. Spencer Reid (played by Gubler) -- for both his intellect and charm -- comprise a prominent subgenre of these videos. The more users engage with videos tagged #criminalminds, the more likely the app incorporates videos with that hashtag on its curated "for you" landing page.

Eugene Lee, chief executive of ChannelMeter, a company that provides analytics and monetization for video creators, described TikTok as "the new water cooler."

"This is the new way to talk about a show, and if I were a large media company ... I would make sure that any show I produce has that snackable element that people can make content off of," Lee said. "That's what makes the show last longer. I believe this is the true, new marketing way for any new type of content coming forward."

Though Netflix only selectively releases viewership numbers, according to Parrot Analytics, which measures multiplatform demand for TV shows, "Criminal Minds" was the 13th most in-demand series in the United States between July 18 and Aug. 16. Additionally, the data show that U.S. demand for "Criminal Minds" has been increasing in recent months, with demand 21.3% higher during July than it was in March. The U.S. demand for the show was 77% higher this July compared to the same month in 2019.

Whatever the reason for its recent surge, though, "Criminal Minds'" sustained popularity as its approaches the 15th anniversary of its premiere next month is yet another example of the streaming value of long-running broadcast series like "Seinfeld," "The Office," "The Big Bang Theory" and "Friends," which have sparked bidding wars as platforms seek to add fan favorites to their libraries.