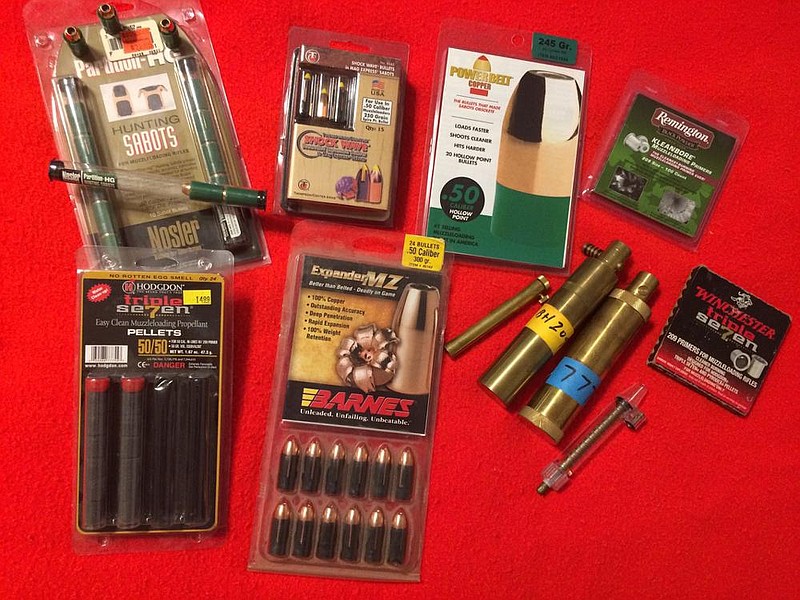 With modern propellants, modern bullets and modern primers, a muzzleloader is capable of outstanding accuracy and long-range power. The author customized his Thompson/Center Omega to use large magnum rifle primers, which are much hotter than 209 shotgun primers. (Arkansas Democrat-Gazette/Bryan Hendricks)

Many new hunters will try deer hunting for the first time during the muzzleloading deer season from Oct. 17-25.

Muzzleloader season is an attractive sampler for hunting deer with firearms. There are far fewer hunters in the woods than during modern gun season, and mid October typically has some of the year's nicest weather. The season lasts only nine days, but you can kill your entire season limit of six deer if you desire.

To hunt deer with a muzzleloader in Arkansas, you only need a Resident Conservation Hunting License. It costs $10.50, but it entitles you to kill only one deer, as well as squirrels, rabbits, migratory birds and quail. A Resident Sportsman's License ($25) entitles you to kill six deer, including up to two antlered bucks. A legal buck must have at least three points on one antler unless you hunt in the Chronic Wasting Disease Management Zone, where there are no antler point requirements.

Hunting with muzzleloader is the same as with a modern firearm, but a muzzleloader must load from the muzzle, and you must load it for every shot. You cannot load it mechanically by turning a bolt or a lever.

There are two basic designs. The inline design is the most reliable. It is essentially a long tube with a threaded breech plug on the shooter's end. The breech plug has a nipple that holds a primer. A hammer or striker detonates the powder charge inside the barrel. The pressure from the gas of burning propellant drives a bullet down the barrel.

Most modern designs use a 209 shotgun primer. It does not require a special capping and decapping tool. Simply place the primer in a cradle or a recess.

Most of these guns are a break-action design. Turning a lever allows the barrel to pivot away from the stock and expose the primer bay. There are also bolt-action and plunger models, as well as trap door and falling block models.

You can buy a new muzzleloader kit with a telescopic scope pre-installed for as little as $250. This will contain a basic black plastic stock. For a little more money you can get a camouflage stock and fancier trim.

Black powder is the oldest propellant and is associated with primitive muzzleloading. Pyrodex, a proven black-powder substitute, works with 209 primers and percussion caps. You can buy it as loose powder or in 50-grain pellets.

Muzzleloader bullets come in modern spitzer designs, older conical designs and, of course, traditional round balls. Every bullet requires a barrier between its base and the powder which helps prevent gas from escaping around the bullet. All modern muzzleloader bullets have a plastic skirt attached to the base, or they sit inside a plastic sleeve called a sabot. PowerBelt is the most popular skirted design, and it is caliber correct.

A saboted bullet, on the other hand, is narrower than the barrel diameter. A saboted bullet for a 50-cal. rifle is actually .45-cal., but the base of the sabot is 50-cal. A pack of bullets will always contain a proper number of sabots, so you do not have to buy them separately. Make sure you get the correct bullet/sabot combination for your gun.

The selection of bullets is staggering. Newcomers should start with PowerBelt because of their simplicity. I have killed many deer with them and can attest to their reliability. At close range where most muzzleloader shots occur, the hollow point variety performs better than those with polymer tips. The Thompson/Center Shockwave is an inexpensive, high-quality saboted bullet, and I use it a lot.

Again, black powder and Pyrodex are very corrosive. Triple Seven and Blackhorn 209 are less corrosive, but they still attract and hold moisture in a bore. This will quickly cause rust, which will degrade accuracy and eventually ruin a barrel.

A 50-cal. Bore Snake effectively removes powder and lead residue, and also plastic residue from sabots. If you shoot a lot, use a brush and cloth patches to clean more thoroughly. Use a copper solvent to remove copper residue.

With a 50-cal. bore mop, apply a thin coat of Bore Butter after shooting to prevent rust. I recommend using a reserve Bore Snake to remove the Bore Butter before hunting. I also recommend firing one primer through an unloaded muzzleloader to eliminate residual moisture from the bore. Not doing this has cost me dearly in the past. Always point the muzzle in a safe direction, loaded or not.

If your zone is within the Chronic Wasting Disease Management Zone, there are also special regulations about transporting deer that you kill. The "Arkansas Hunting Guidebook," available at all major sporting goods retailers, summarizes all of the main regulations. Familiarize yourself with the regulations and boundaries of the zone or zones you intend to hunt.

When you kill a deer, you must also check it. The easiest, most convenient method is with the Arkansas Game and Fish Commission's mobile app. This allows you to check your deer the instant you recover it. If you do not have a cellular signal, your screen will indicate "Game Check in Progress" if a wildlife officer stops you.

If you have a phone signal where you are hunting, you may immediately check your harvest by visiting www.agfc.com or calling 877-731-5627.

You can also fill out a game tag in ink and attach it to the deer's ear or antler. You may use a game tag from your license, from the Arkansas Hunting Guidebook, a courtesy tag provided at stores or a self-made tag. It must contain your name, customer ID number from your hunting license, time and date of harvest, and zone of harvest.

After taking a deer with a muzzleloader, you might want to continue the fun during modern gun deer season. We'll explain how next week. 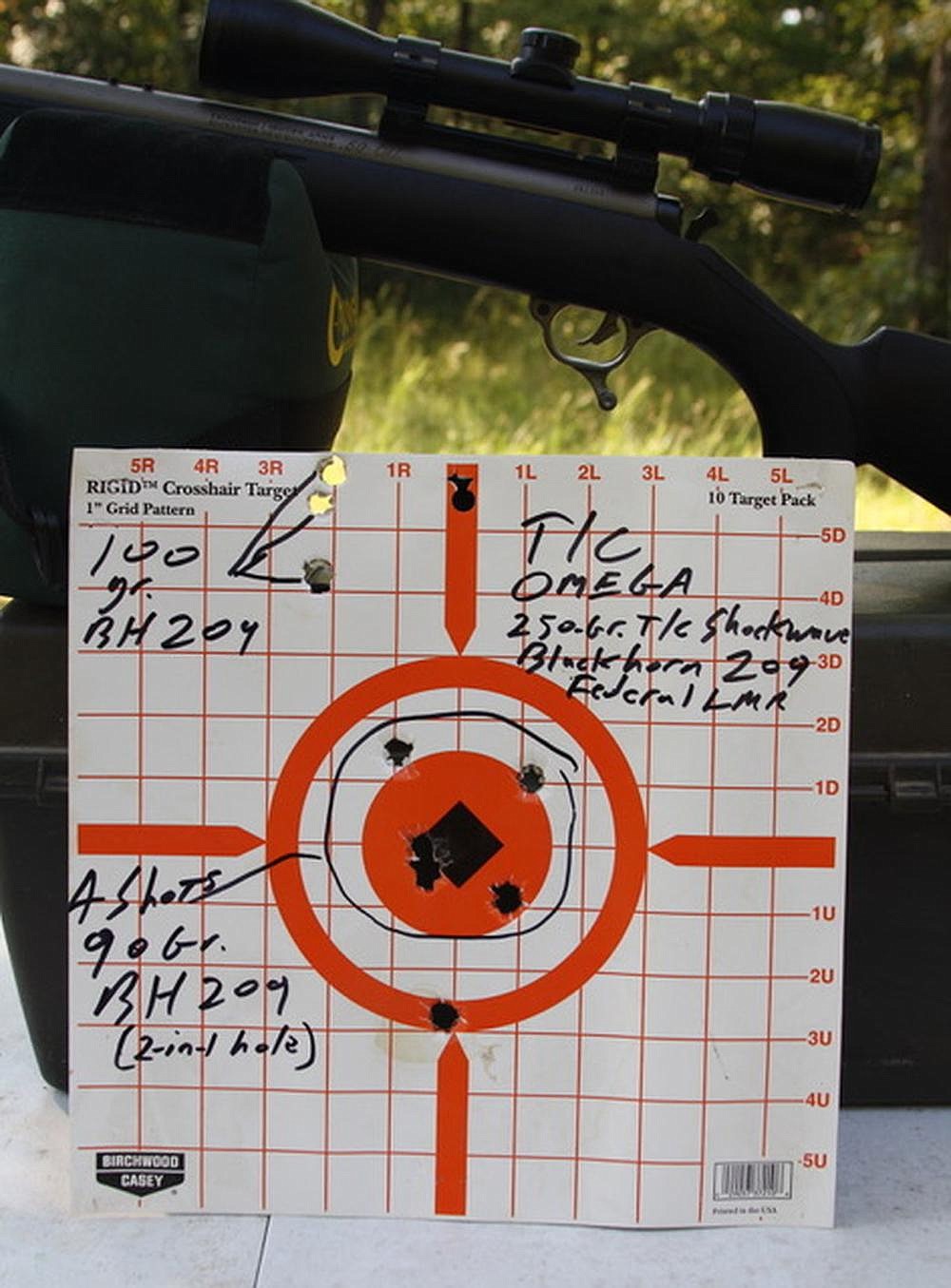