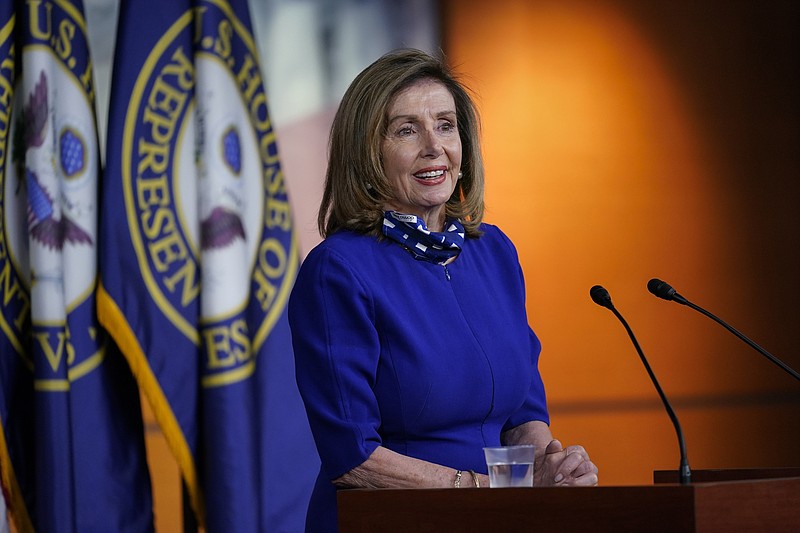 Speaker of the House Nancy Pelosi, D-Calif., speaks during a news conference at the Capitol in Washington, Thursday, Aug. 27, 2020. (AP Photo/J. Scott Applewhite)

WASHINGTON -- House Speaker Nancy Pelosi and the Trump administration have informally agreed to keep a stopgap governmentwide funding bill -- needed to avert a shutdown at the end of this month -- free of controversy or conflict.

The accord is aimed at keeping any possibility of a government shutdown off the table despite ongoing battles over covid-19 relief legislation, while sidestepping the potential for other shutdown drama in the run-up to the November election.

That's according to Democratic and GOP aides on Capitol Hill who have been briefed on a Tuesday conversation between Pelosi, D-Calif., and Treasury Secretary Steven Mnuchin. They required anonymity to characterize an exchange they were informed of but not directly party to.

"House Democrats are for a clean continuing resolution," said Pelosi spokesman Drew Hammill, referring to the stopgap bill. The definition of "clean" tends to vary among those steeped in Capitol Hill jargon, but it would not necessarily rule out noncontroversial add-ons like routine extensions of programs, such as federal flood insurance or authority to spend money for highway programs. Some lawmakers are likely to seek substantive legislation and even covid-related items if consensus could somehow evolve.

"We do believe that we'll be able to get funding to avoid a shutdown," White House press secretary Kayleigh McEnany said Thursday.

The duration of the temporary funding measure or what noncontroversial items might ride along haven't been settled, aides say, and the Pelosi spokesman declined to further characterize the agreement.

The government faces a Sept. 30 deadline to avoid a shutdown. There is sentiment among some Democrats for the stopgap legislation to extend into next year, but December appears to be the administration's preference and a more likely result.

The development comes as lawmakers are absent from Washington but are preparing to return for a brief preelection session that's likely to involve battling over pandemic relief legislation.

The Mnuchin-Pelosi agreement on preventing a shutdown appears aimed at ensuring that the consequences of gridlock on the pandemic relief front do not include a politically freighted partial shutdown.

Monica Crowley, a spokeswoman for Mnuchin, said Treasury would decline to comment. 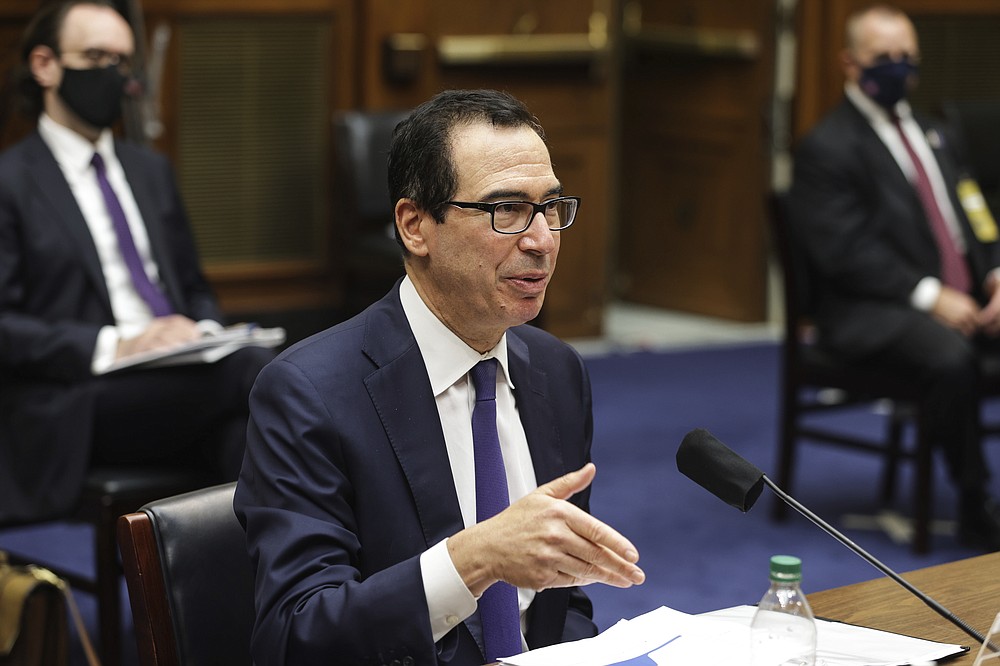 Treasury Secretary Steven Mnuchin testifies before the House Select Subcommittee on the Coronavirus Crisis, during a hybrid hearing, Tuesday, Sept. 1, 2020, on Capitol Hill in Washington. (Graeme Jennings/Pool via AP) 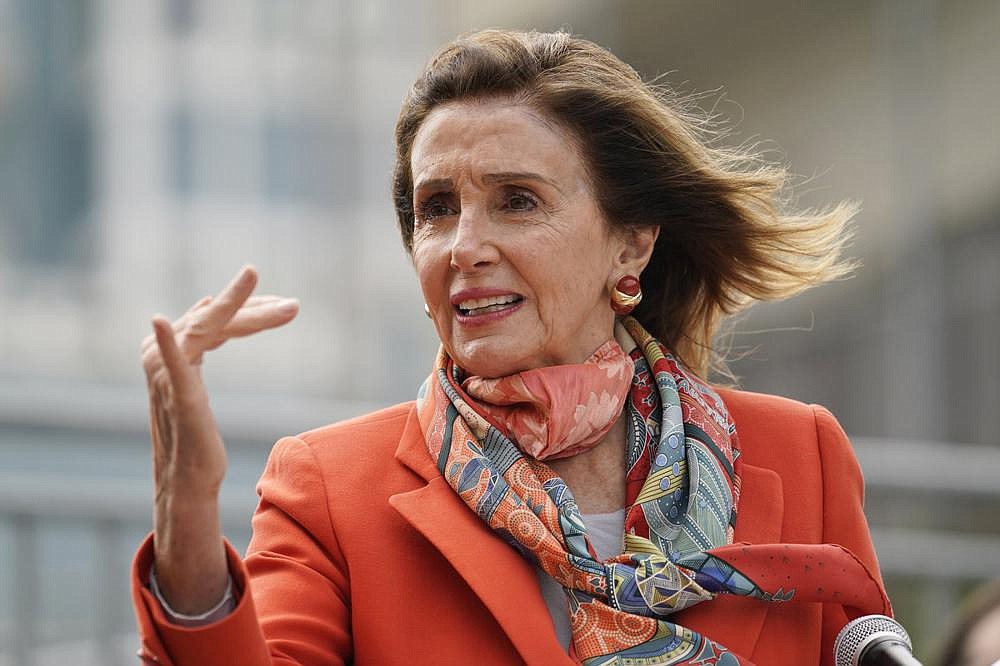 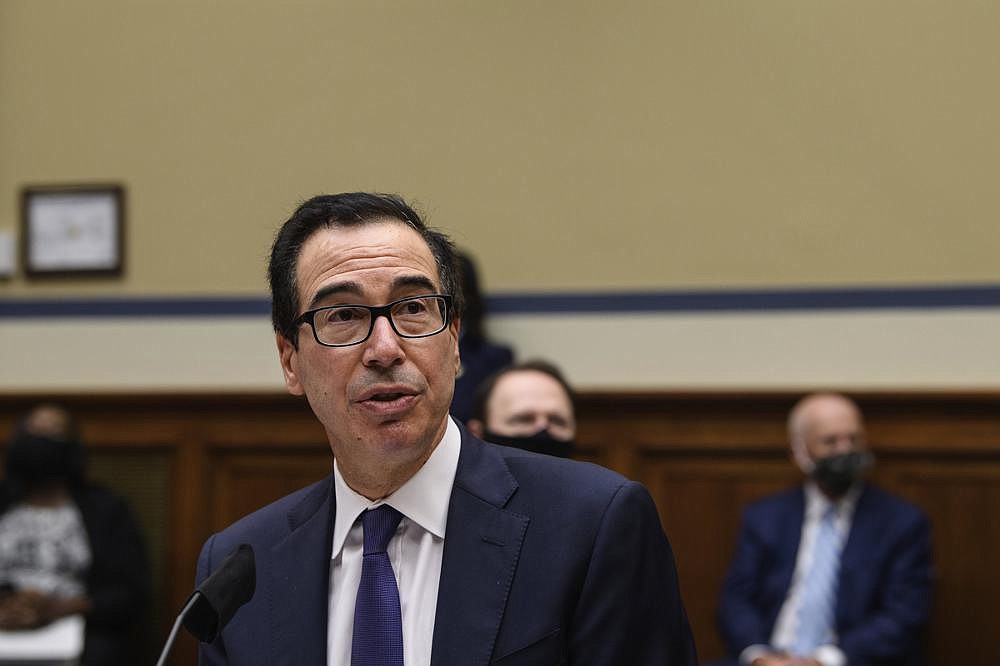 Treasury Secretary Steven Mnuchin testifies before the House Select Subcommittee on the Coronavirus Crisis, during a hybrid hearing, Tuesday, Sept. 1, 2020, on Capitol Hill in Washington. (Nicholas Kamm/Pool via AP)
ADVERTISEMENT