Stocks recover some losses by end of 2nd rocky day 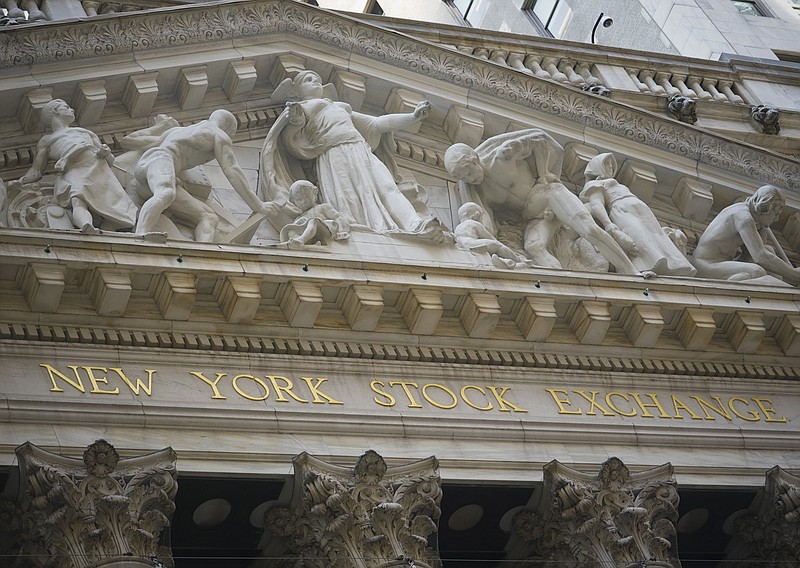 The stock market closed out its worst week in more than two months Friday as a second-straight day of turbulent trading ended with more losses.

The S&P 500 fell 0.8%, although the index did claw most of the way back from a 3.1% skid earlier in the day. A slide in technology stocks again did much of the damage.

The two-day sell-off came after the S&P 500 set new highs earlier in the week and had its best day in nearly two months. There wasn't a particular catalyst for continued selling in the high-flying tech sector, but analysts noted that those stocks had posted gigantic gains so far this year that many thought were overdone.

"We had a fast and furious rally at the end of August and we've given it back," said Barry Bannister, head of institutional equity strategy at Stifel. "Investors are like a herd of gazelle on the Serengeti; it doesn't take much to spook them. They're alarmed and on the move."

The selling followed a Labor Department report showing that U.S. hiring slowed to 1.4 million last month, the fewest jobs added since the economy started bouncing back from the initial shock of the pandemic, even as the nation's unemployment rate improved to 8.4% from 10.2%. The U.S. economy has recovered about half of the 22 million jobs lost to the pandemic.

The Chicago Board Options Exchange volatility index, a gauge of how much volatility investors expect in the market, has been rising. Even so, traders were not shifting funds into traditional safe-haven assets such as U.S. government bonds and precious metals, a sign that the sell-off was not necessarily a reaction to jitters about the economy.

"A lot of people were piling into the [tech] trade and there are a lot of gains to be made," said Stephanie Roth, portfolio macro analyst at J.P. Morgan Private Bank. "This is more an instance of profit-taking, rather than true panic."

She noted it's not unusual for traders to pocket recent gains ahead of a holiday weekend. U.S. markets will be closed Monday for Labor Day.

The 10-year Treasury yield rose to 0.72%, up from 0.62% late Thursday, a big move. The higher yields helped send financial stocks higher, since banks can lend money at higher rates once yields rise in the bond market. Capital One Financial rose 4.7%.

"The tech gains were so far, so quick that it was almost concerning, so the reversal of that is natural volatility," Roth said. "We should expect to see some larger corrections."

Despite this week's stumble, the S&P 500 is up 6.1% for the year following a five-month comeback from its lows in the spring. The Nasdaq, meanwhile, is up 26.1% for the year.