Customers get a look into process 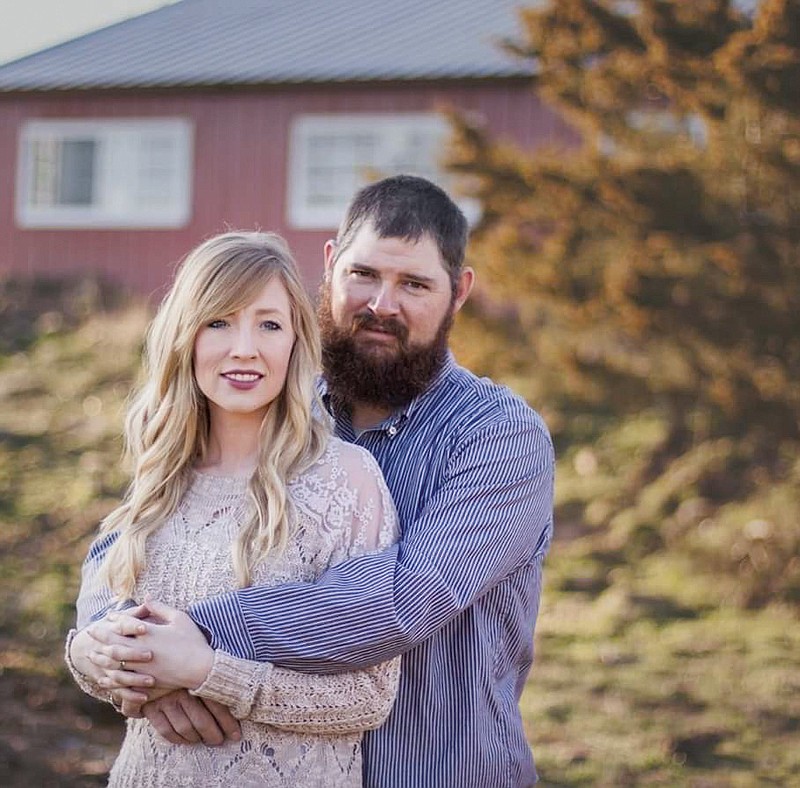 Shane and Ashley Mason, owners of Circle M Farm at Woodrow, pride themselves on offering their customers a healthy option of locally grown food.

“All of our meat is raised on our farm, on pasture, with non-GMO (genetically modified organisms) feed, and [the animals are] never given antibiotics or hormones,” Shane said.

“I couldn’t believe we had received such an honor,” said Ashley, referring to the county honor. “It seems crazy to think we deserve recognition for doing what we do every day as normal life. We love every second of raising up our kids on the farm. We don’t take lightly the responsibility we have to teach our children how to farm and live sustainably.”

Ashley said that when Shane heard the news, he asked, “How in the world did we pull that off?”

“He tried to convince me not to accept it because the idea of attention and media is far from his comfort zone,” Ashley said, laughing. “And then, when we heard about the District Farm Family honor, I was so caught off guard by the call. I’m afraid I offended [the caller] when I couldn’t believe it and cried happy tears. We definitely didn’t see ourselves as the great farmers who’ve been so deserving and received this honor before us.”

Ashley called Shane “a man of few words” and said he still had “more shock than words” when he learned of the district honor.

“This honor has really just blessed us,” Shane said. “Farming is hard, but we trust God to sustain us for the long haul. This was reassurance that we were doing something right.”

Prior to this year, the Masons took a mobile meat market to farmers markets on the weekends and set up the mobile unit on the farm during the week for customers to visit. This year, the family set up the market at the farm and were open on Saturdays prior to the pandemic. Since the pandemic, they have been doing no-contact porch deliveries.

“[Customers] leave the money outside on their porch, and I deliver,” Ashley said. “We do a route to Heber Springs, Mountain View, Clinton and back through Fairfield Bay and Greers Ferry. We also ship our products in Arkansas.”

Shane said the couple hope to build a store on their farm in the future.

“We market our meat to our local customers via our Facebook and Instagram pages, website and word of mouth,” he said. “We post pictures and videos of our animals multiple times a week so our customers feel like they’re getting to see them in the process.

“We use our Facebook page to update customers when meat is in stock, [where] orders can be made and [when] deliveries will be made. We also like to use our social media to help educate and inform others of healthy alternatives, whether it be products, gardening tips or standards of raising animals. We try to stand apart from other meat suppliers by offering a healthy option of locally grown food.”

Shane said that this year, the family was “set to raise and sell 3,000 chickens, 24 cows and

“So far, every time we get meat back from the processor, we sell out in 24 hours,” he said. “Business is booming, and we are blessed to be needing a brick-and-mortar store on the farm so we can spend more time on the farm.”

Shane, 36, grew up in Prim, a son of Lecia Wimberly of Prim and the late Brian Mason of Pleasant Plains. Shane left Prim Holiness Academy in his 10th-grade year to pursue logging and farming with his grandfather, the late Bob Everett.

Ashley, 31, grew up in Shirley, a daughter of Todd and Audra Stewart of Shirley. Ashley is a graduate of Shirley High School and Arkansas Tech University in Russellville, where she received a Bachelor of Science degree in marketing management.

Shane said he began farming at a young age, helping his grandfather and a neighbor.

“I helped keep fields in shape for hay season,” he said. “I picked up rocks, disked fields, cleaned out chicken houses, spread litter, and cut and baled hay. I also helped work cows as a teenager.”

Shane worked with his grandfather until his death in 2017.

“I worked several positions as an administrative assistant while going to college,” Ashley said. “I’ve been a licensed bail-bond agent for seven years and am … employed by Triple R Bail Bonds.

“Shane left outside work to farm for ourselves full time in May 2018, and I followed in May 2019,” Ashley said, adding that she still does bail-bonding work on a part-time basis.

The family is involved with The CALL of Cleburne County as a foster family. They adopted their two oldest children after fostering them for a while.

The Masons are now fostering two young boys — a 2-year-old and a four-year-old.

“We started fostering in January 2018 and drove to North Carolina to get Paige, then 15, from the Department of Human Services in June 2018,” Ashley said. “We started fostering Stormy, then 14, in August 2019 and adopted both of them on May 28 of this year. We’ve known them for seven years. We have fostered 19 other kids in the 2 1/2 years we’ve been fostering.”

Paige graduated from the Arkansas Virtual Academy this year so she could get her CNA (certified nursing assistant) license before starting college. She is beginning her first semester at the University of Arkansas Community College at Batesville to pursue a registered-nursing license, then plans to transfer to a yet-undecided college to obtain a Bachelor of Science in Nursing degree.

All of the children are involved in church activities at Maranatha Assembly of God in Shirley, and they all help with daily family chores.

Shane and Ashley are leaders in the LIFE (Living in Freedom Everyday) Recovery Group, which is a recovery program/support group for anyone in the area struggling with a life-controlling issue. Both also teach children’s church at Maranatha.