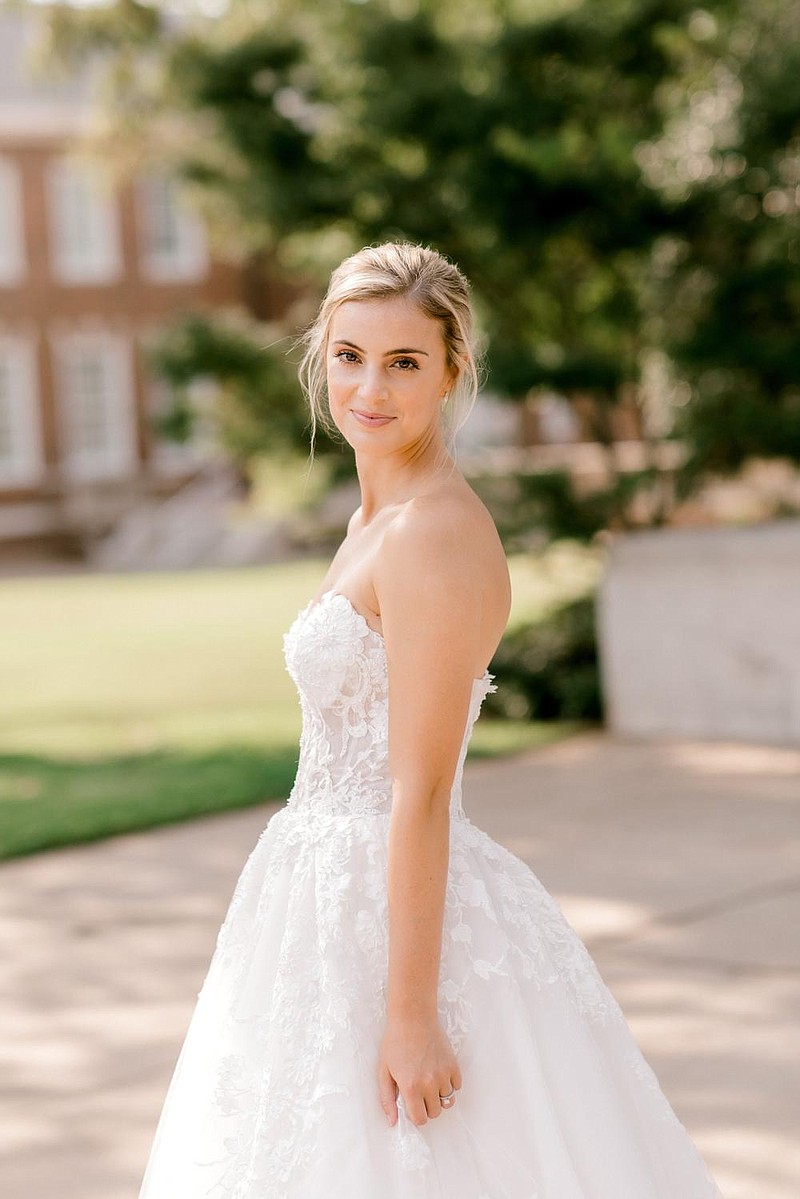 The groom is the son of Kellie and Kent Snyder of of Palestine, Texas. He is the grandson of Merc and Fred Snyder and Alice Crawford, all of Palestine.

The chancel was decorated with arrangements of white roses. Meredith Bergwall sang during Communion.

Escorted by her brother, Brendan Alexander Jones, the bride wore a white strapless ballgown and carried a bouquet of white roses.

A reception, decorated with arrangements of white roses, was held at The Venue at Centaur Farms in Tyler.

The bride is a graduate of Baylor Nursing School and is employed with Texas Arthritis.

The groom is a graduate of Texas A&M and is an engagement coordinator for South Spring Baptist Church.

After a wedding trip to Antigua, the couple will live in Tyler.