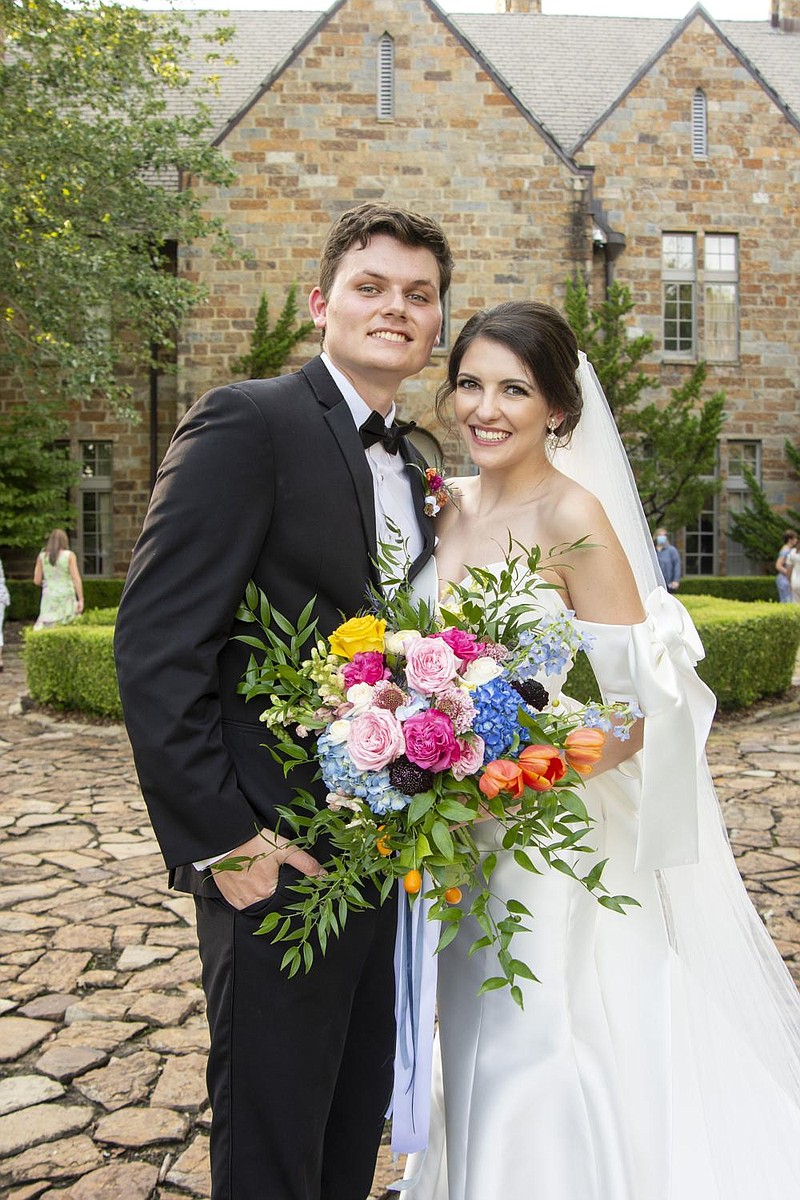 Lauren and Coburn "Coby" Howell at their wedding reception on 08/29/2020 at Goodwin Manor. (Arkansas Democrat-Gazette/Cary Jenkins)

Vows for the outdoor ceremony were exchanged in front of three trellises decorated with hydrangeas, roses, tulips and peonies. Music was by violinist Joanna Klett and pianist Patsy Mitchell.

Given in marriage by her father, the bride wore a custom silk mermaid-style gown. The bodice had a sweetheart neckline, cap sleeves with bows and low back. At the back of the waistline, was an oversize bow with chapel-length tails. She wore her mother's chapel length veil. She carried a bouquet of blue hydrangeas, white ranunculus, deep pink and yellow garden roses, pale pink peonies, delphinium, and orange tulips.

Guests were seated by Max Sorensen and Gage Sorensen, both of North Little Rock.

A reception, also at Goodwin Manor, was held after the wedding. Blue chinoiserie vases held color arrangements of hydrangeas, ranunculus, roses, peonies, and tulips. Music was by saxophonist Earl Watson.

The bride is a Dale Bumper's College honor graduate of the University of Arkansas, Fayetteville, with a bachelor's degree in apparel merchandising and product development. She was a member of Pi Beta Phi and named to the chancellor's and dean's lists. She is employed by Dillards.

The groom, also a UA graduate, has a bachelor's degree in marketing. He was on the dean's list and a member of Beta Upsilon Chi. He is employed by Kelly Commercial and Partners.

After a wedding trip to Seaside, Fla., the couple will live in North Little Rock.