Transitioning from August to September

We ended August in a rain storm and the first week of September brought more rain, plus humidity and warm temperatures. I cannot remember a year when I didn’t have to water for almost an entire week in the summer in Arkansas, but it happened this past week. Now I am back to watering daily and it is too hot! I am ready for cool temperatures and low humidity. It is supposed to be fall right?!

Each week I try to find something new and exciting to do. I think many of us are caught in never-ending daily routines. I know I felt like I was getting a bit lethargic and non-motivated to do things. It was either too wet or too hot to garden, and I wasn't too interested in cleaning out closets. I am trying to change that. I do have things that need to be done each week, like writing columns, but I am also doing more and more zoom meetings, and trying to schedule friend time each week.

One night this past week I looked out the window and my garden was glowing orange. 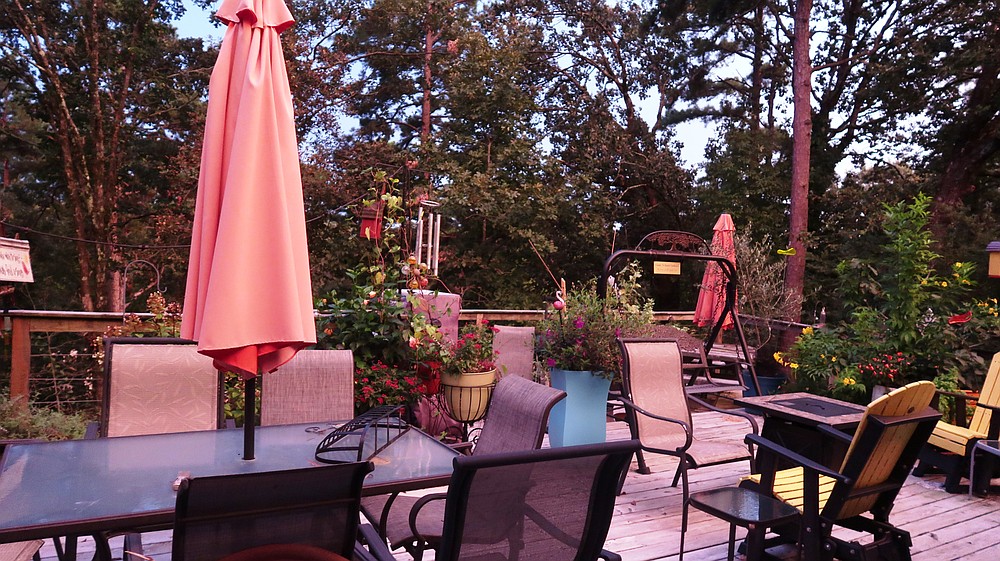 I had never seen it quite that intense. The pictures don’t do it justice. Instead of looking at the world through rose colored glasses, it was like looking at it with orange colored lenses and I didn’t have any sunglasses on! 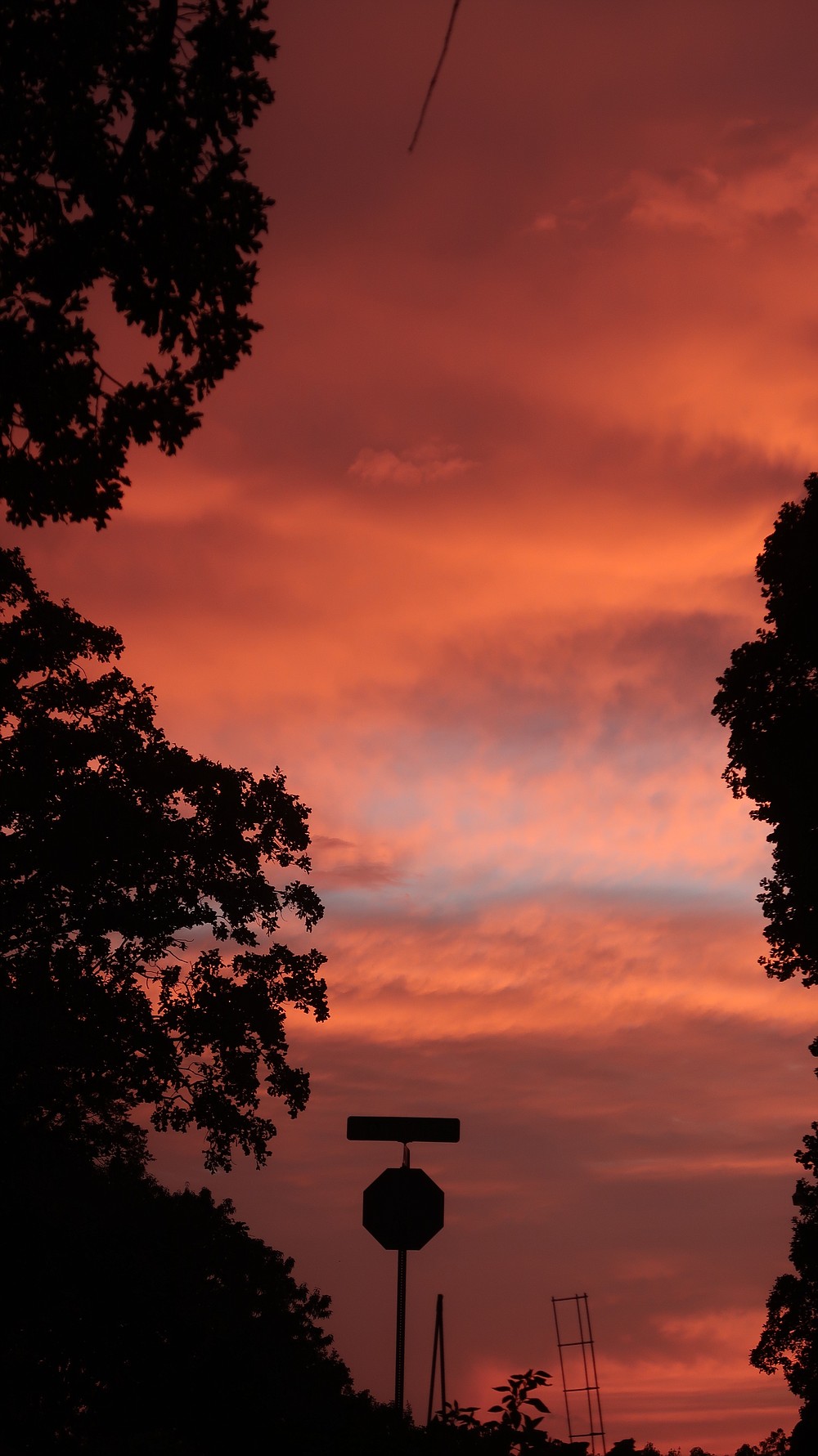 It only lasted for about 30 minutes, but while it was here, it was a bit eerie but delightful—since I do love orange. I know the saying red sky at night, sailor’s delight, but what does orange night sky mean? Maybe Orange sky at night, Janet's delight?

I did get more rain, and the heavy rains also brought me my first case of ants in the house all year. 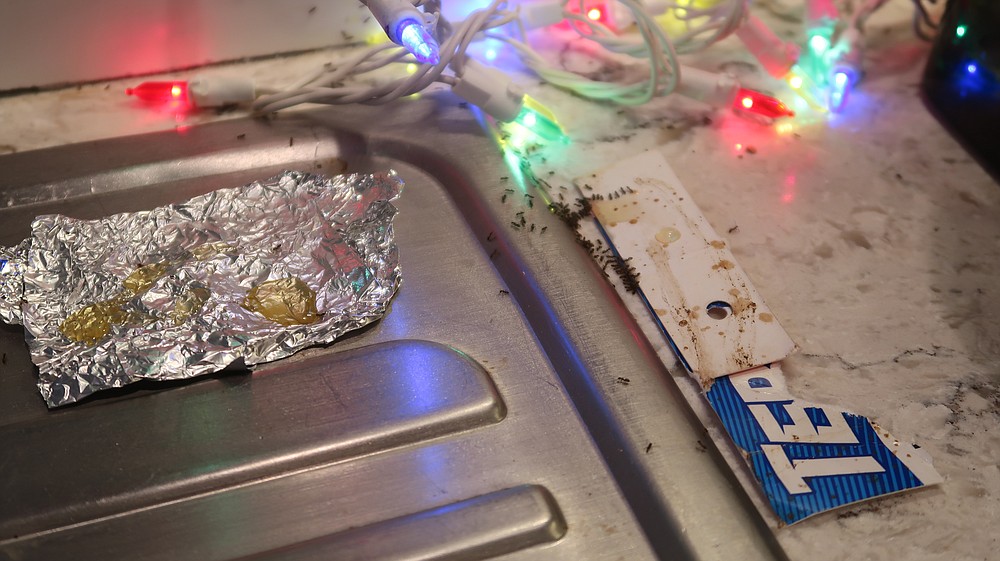 On Wednesday night I had ants coming from a socket in the kitchen – a lot of them. I pulled out my Terro insecticide. I had some of the old-school form which is just the liquid that you put on some cardboard or foil. I also had some of the fancier pre-packaged ones.

Terro is a sweet-tasting poison that attracts ants in droves, but they eat it and carry it back to their nest and wipe out the whole bunch. For 10 hours I had even more ants, but then they magically disappeared. It is a wonder insecticide, but you do need to keep it away from children and pets. The sealed packages are a nice way to avoid issues. Hopefully that will be it for my ant problems this year!

This week I worked with Beth, Martha Ray and Randy 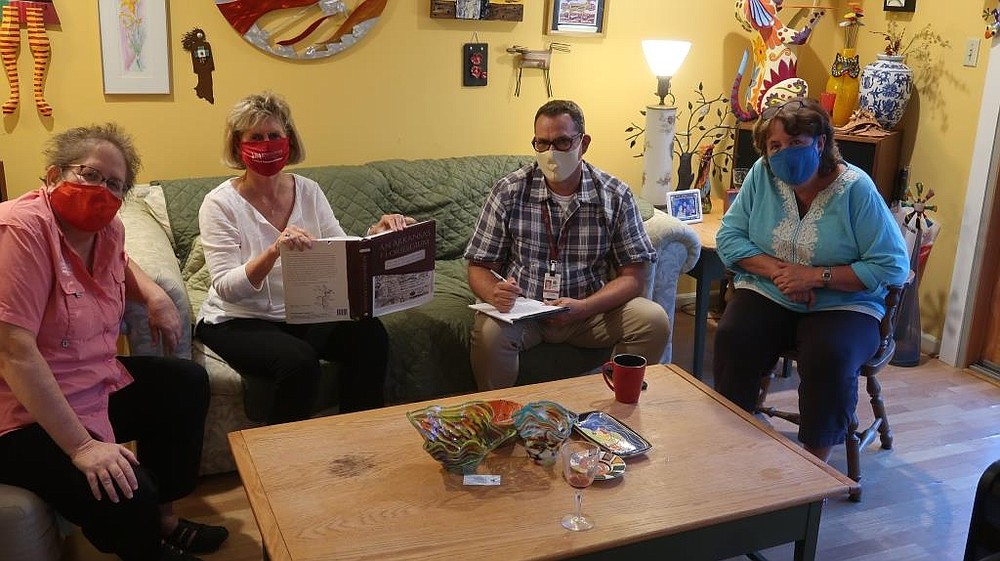 to review a book that the Old State House is proposing for an exhibit later in the year. The Arkansas Florilegium 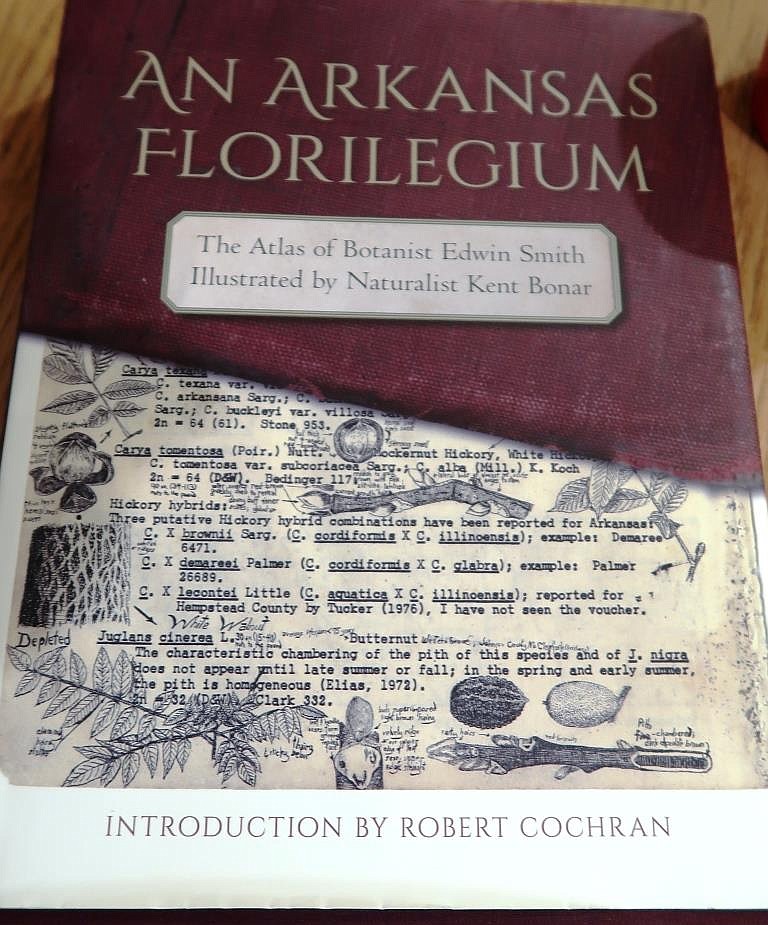 is a scholarly book showcasing where native plants can be found throughout Arkansas. In addition to the maps pinpointing where the plants can be found, this book also has been illustrated with some line drawings by Naturalist Kent Bonar. It does not give you information on how to grow the plants--more a botany type of book. We ate dinner together and talked horticulture. It was nice to be around people, but we did wear our masks and social distanced ourselves when eating.

I had hoped to transition my summer vegetables into fall, but it was either too wet or too hot. I hope to get a break in the weather and start in earnest this week. I did plant some saffron crocus 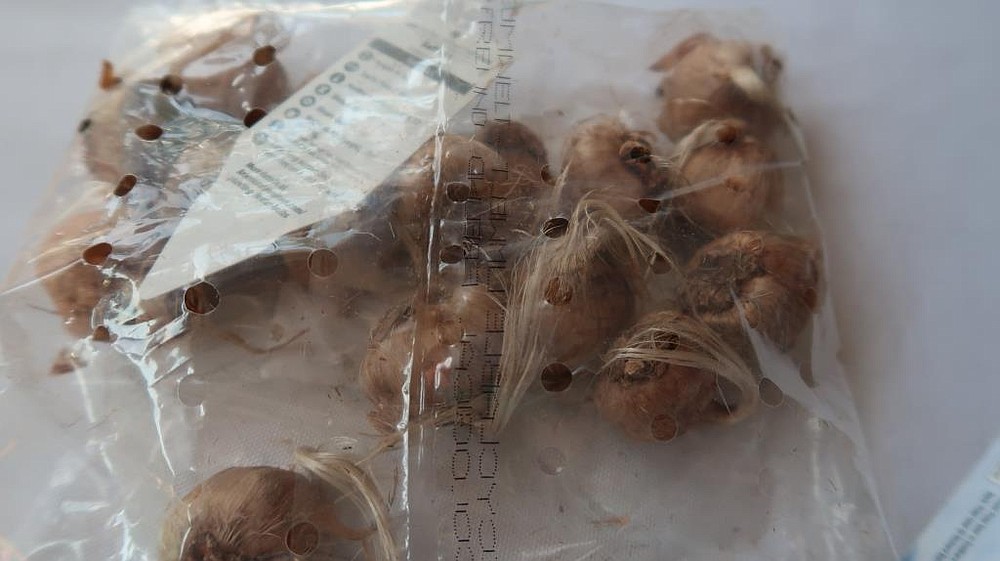 that should bloom this fall. I have not decided how many saffron strands I will harvest, as I expect it to be quite tedious. I found my drill augur and it made quick work of planting.

The auger will come in handy as more and more bulbs that I ordered on-line should start appearing in the next few weeks. It may become my new favorite tool. It made easy work of digging a hole for the bulbs. It did throw some soil around, but I can deal with that.

I was mislead Sunday morning when I was out watering and the weather was so cool, thinking the whole day would follow suit. I had my Sunday School class that ended close to 11 and I was dressed to go out as soon as that zoom meeting was over. I spent almost 2 hours weed-eating, weeding and dead-heading and I was HOT and red-faced before it was over. It was way more humid and warm than I had expected. Maybe I should watch the weather forecast more closely?!

All in all it was a productive week, with more zoom meetings than ever. I did get things accomplished inside and out, plus I got in some face time with friends and family. Happy Labor Day!