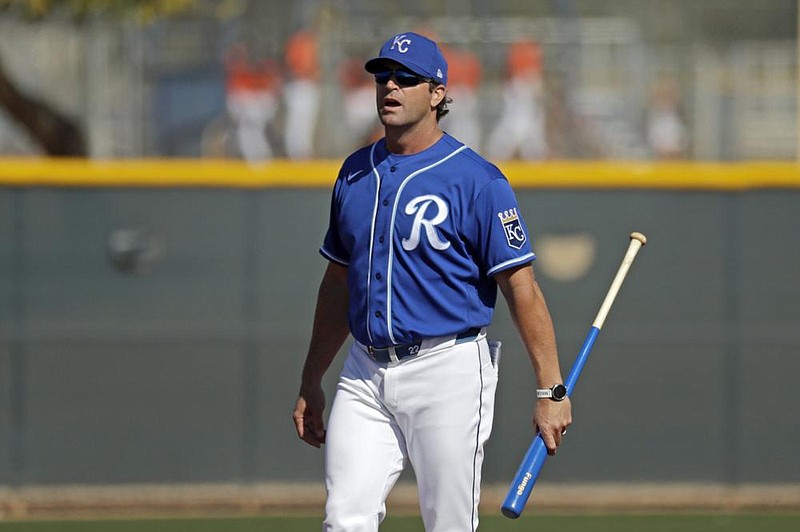 Mike Matheny spent five years with the St. Louis Cardinals as a player and, later, more than six and a half as their manager. So the current Kansas City Royals manager had ample time to meet and form a bond with Cardinals legend Lou Brock.

Brock, a Hall of Fame ballplayer and one of the most prolific leadoff hitters and base stealers of all time, died recently at the age of 81. Brock's longtime agent and friend confirmed his death Sunday, and it triggered reaction around Major League Baseball that continued Monday.

"First of all, just so sad to hear," Matheny said. "I had enough time to spend with him that I consider Lou Brock a friend. How amazing of a statement is that?"

A six-time All-Star, Brock played a key role on Cardinals teams that won the World Series in 1964 and 1967 and claimed the NL pennant in 1968 before losing in the World Series to the Detroit Tigers in seven games.

Brock registered 938 career stolen bases, including a career-high 118 in 1974. Both of those marks were MLB records until they were broken by Rickey Henderson. The Lou Brock Award, given to the National League's leader in steals, was named after him while he was still an active player.

Brock led the league in steals eight times, recorded 3,023 hits and boasted a .293 lifetime batting average in the majors. 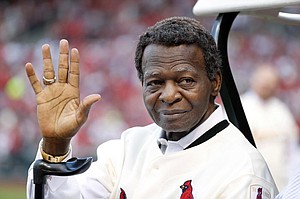 Photo by AP
FILE - In this May 17, 2017, file photo, Lou Brock, a member of the St. Louis Cardinals' 1967 World Series championship team, takes part in a ceremony honoring the 50th anniversary of the victory before a baseball game between the Cardinals and the Boston Red Sox in St. Louis. Hall of Famer Brock, one of baseballâ€™s signature leadoff hitters and base stealers who helped the Cardinals win three pennants and two World Series titles in the 1960s, has died. He was 81. (AP Photo/Jeff Roberson, File)

"I was able to spend time with him away from the field, whether it was at charity events or [other events]," Matheny said. "I spent time with him and his wife Jacky. They're special people. I got to watch how Lou navigated being a superstar and then kind of a folk hero and how he was always such a bright light in the community and in the organization."

According to The Associated Press, Brock and his third wife, Jacky, became ordained ministers serving at Abundant Life Fellowship Church in St. Louis after the conclusion of his playing career. Brock had also lost a leg from diabetes in recent years and was diagnosed with cancer in 2017.

"He was around and would come by and throw out words of encouragement, but also just talk the game," Matheny said. "[It's great] to have voices like a Lou Brock, a Red Schoendienst, a Bob Gibson, some of the legends, the [Whitey] Herzogs, to be able to have those sort of people where you have not just the professional relationship, but you get to know them as people. I just have such a deep respect for how they went about their business and a lot of the adversity they were overcoming.

"Lou was battling quite a bit for a while here, but he'd always show up with a smile on his face. He was the exact same guy every single time I was around him. Condolences out to the family. I miss him. He was a good person."