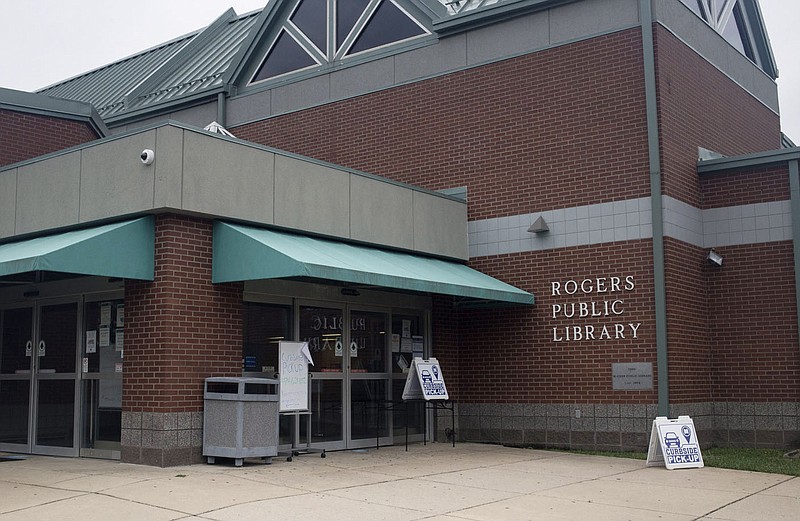 Curbside pickup signs are displayed, Thursday, August 27, 2020 at the Rogers Public Library in Rogers. The library is getting a Walmart Foundation grant for multicultural inclusion. Most of the money will go to hiring a Spanish-speaking librarian who will conduct outreach in the Hispanic community. Check out nwaonline.com/200828Daily/ for today's photo gallery. (NWA Democrat-Gazette/Charlie Kaijo)

ROGERS -- The library has received a grant to pay for initiatives focusing on the Hispanic community.

"We feel like with the percentage of Latino and Spanish-speaking people in our community, we need to improve in that area," said Judy Casey, library director.

The library doesn't have any full-time, Spanish-speaking staff members. About $136,000 of the $180,000 Walmart Foundation grant for multicultural inclusion will pay two years of salary and benefits for a full-time, Spanish-speaking librarian. The remaining money will help pay for a part-time consultant for one year and can go toward related projects that are yet to be determined, Casey said.

"The grant, which will span a two-year period, will support the library in developing a targeted strategy to better serve the Latinx community and support the library's ability to enhance its Spanish language collection, bilingual services and community programming," according to Erin Hogue of the Walmart Foundation.

The consultant and the librarian will be asked to communicate with the Hispanic community about what the library offers and to get input on what programs should be offered.

The library has some material, including some databases, in Spanish and offers resources for people learning English as a second language. The Spanish-speaking population commonly use computers at the library to make job resumes, print documents or work on homework, Casey said.

Rey Hernandez, state director of the League of United Latin American Citizens, will be the part-time consultant for the Rogers Public Library.

"I see my role as someone who will get in touch with community needs," Hernandez said.

His mission is to learn what the Hispanic community wants and overcome perceptions people may have about the library, such as it only being a place for children or students. The library can be known as a place where people come to learn English, complete the citizenship process or continue their education, he said.

"Part of what I'm going to do is a review to see if there's obvious gaps," he said.

Hernandez will also spearhead an advisory committee made up of community members and library users who will "become eyes and ears of the community," he said.

Casey said she would like the new librarian position to become permanent, whether another grant or the city pays for it after the initial two years.

Casey said the library wants to focus on other minority groups, but felt it important to start with the minority that makes up a large portion of Rogers' population. About one-third of the city's 68,600 residents are Hispanic, according to the U.S. Census Bureau.

The Springdale Public Library has a similar grant from Tyson Foods paying for a full-time Spanish-speaking children's librarian, said Tammie Evans, marketing director. The library also has a Spanish-speaking librarian for teens and adults and offers materials such as books, audiobooks and online resources in Spanish. The library regularly offers programs and events such as naturalization classes and storytime for children in English and Spanish, she said.

The Fayetteville Public Library also has a Tyson grant to hire a staff member responsible for multicultural outreach, said Willow Fitzgibbon, director of library services. The library has offered several services in Spanish as well as English, including storytime for children, citizenship classes, information about covid-19 and a class on how to grow a business using Google.

The Bentonville Public Library offers books and databases in Spanish and other languages, according to Hadi Dudley, library director. The library offers several programs such as bilingual storytimes, Black History Month storytime and Chinese New Year. 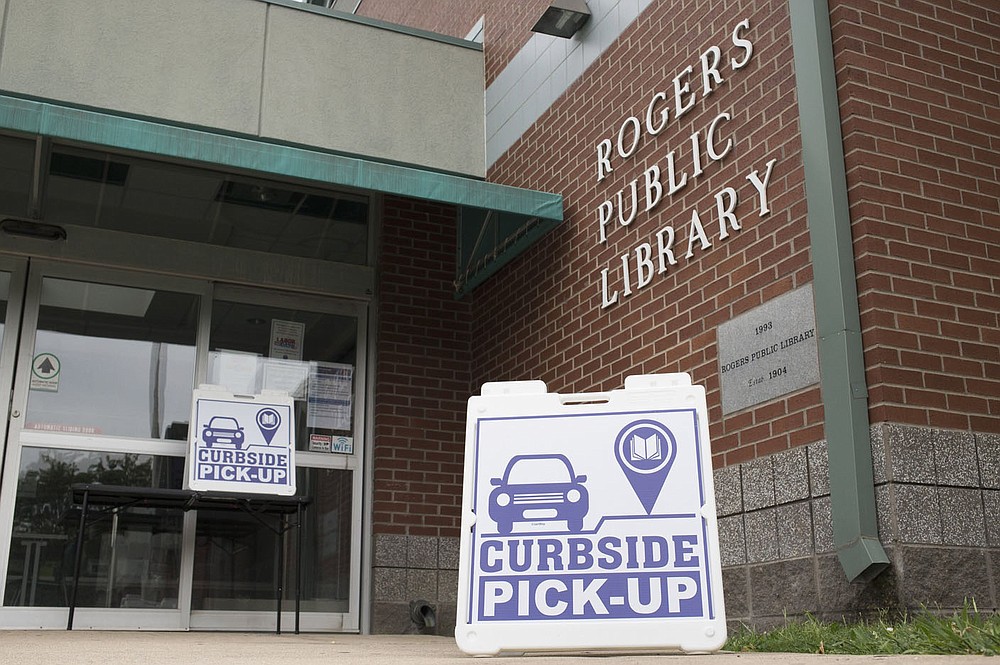 Curbside pickup signs are displayed, Thursday, August 27, 2020 at the Rogers Public Library in Rogers. The library is getting a Walmart Foundation grant for multicultural inclusion. Most of the money will go to hiring a Spanish-speaking librarian who will conduct outreach in the Hispanic community. Check out nwaonline.com/200828Daily/ for today's photo gallery. (NWA Democrat-Gazette/Charlie Kaijo)
More News

The Rogers Public Library is open by appointment only in light of the covid-19 pandemic. Rogers residents may contact the library at (479) 621-1152 for reservations and curbside pickup. The library’s hours are 9 a.m. to 7 p.m. Monday through Thursday and 9 a.m. to 5 p.m. Friday and Saturday.