Cotton on Trump list for seat on high court 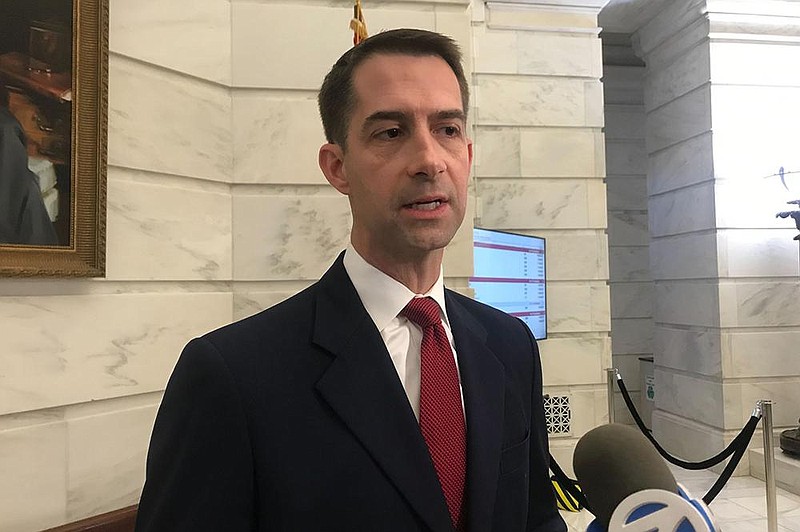 The Little Rock resident was one of three senators on Trump's list of potential high court picks, along with Ted Cruz, R-Texas, and Josh Hawley, R-Mo.

Overall, 20 people made the cut. Most were judges.

"Every one of these individuals will ensure equal justice, equal treatment and equal rights for citizens of every race, color, religion and creed," Trump told reporters at the White House.

Shortly after Trump unveiled his list, Cotton tweeted: "The Supreme Court could use some more justices who understand the difference between applying the law and making the law, which the Court does when it invents a right to an abortion, infringes on religious freedom, and erodes the Second Amendment."

Cotton also tweeted: "It's time for Roe v. Wade to go," a reference to the 1973 Supreme Court case that struck down state bans on abortion.

In another tweet, Cotton wrote: "I'm honored that President Trump asked me to consider serving on the Supreme Court and I'm grateful for his confidence. I will always heed the call of service to our nation."

On Twitter, Cruz described himself as "humbled & deeply honored" to be on the list, while also promoting his forthcoming book: "One Vote Away: How a Single Supreme Court Seat Can Change History."

Hawley, while appreciative, tweeted that he had "no interest in the high court."

During the 2016 campaign, candidate Trump announced the names of 21 other potential Supreme Court justices, a list that included U.S. Sen. Mike Lee, R-Utah. One of the 21 -- 10th U.S. Circuit Court of Appeals Judge Neil Gorsuch -- was ultimately tapped to fill the seat vacated by the late Justice Antonin Scalia.

In November 2017, Trump added five names to the list, including Judge Brett Kavanaugh of the U.S. Court of Appeals for the District of Columbia Circuit.

In an interview, Cotton said he had been aware that a list was being prepared.

"The president and his team first contacted me a couple of months ago and both asked my opinion on potential candidates for his updated Supreme Court list and asked if I would consider being a part of the list," Cotton said.

On Wednesday, Trump informed Cotton that he'd been included.

"He called me again today right before his press conference," Cotton said.

Asked whether he'd be interested in the appointment, Cotton said, "that is very far down the road. I'm running for reelection and the president is running for reelection, and there are no vacancies on the Supreme Court and there are many, many qualified, highly capable conservative jurists on that list. I will simply, say, though, that it does show the president is serious about continuing to appoint conservative judges to the federal court in his second term."

A native of Dardanelle, Cotton is a graduate of Harvard College and Harvard Law School. After earning his juris doctorate, Cotton clerked for 5th U.S. Circuit Court of Appeals Judge Jerry Edwin Smith in Houston.

During the interview, Cotton reiterated his opposition to the nation's landmark 1973 abortion ruling.

"I've long said that I think Roe v. Wade was wrongly decided and that the Supreme Court's abortion case law has badly distorted the debate about abortion in our country. In some ways, it's badly warped our politics now for almost 50 years," Cotton said.

"Those decisions ought to be left to the people and their democratically elected representatives, which was the case before the Supreme Court purported to remove that issue out of democratic self-government. As I said in my statement earlier today about the Supreme Court, one of the central problems is that too many of the justices don't understand the difference between applying the law and making the law," Cotton said.

"The central difference between the court today and my approach is that I would not make the law. I would apply the law. I would uphold the Constitution as it was written, as it was publicly understood at the time it was ratified. I would take the same approach to laws passed by Congress and [by] our Legislature, as well. I would not import my own political preferences into the law as written."

"We can't think of a better person to be on that list. He'd make a great justice," she said.

"He knows the law. He's a great patriot. He loves the United States of America, and he knows what we were founded on," she said. "He loves life and would protect all life. Not only the unborn but all others that are vulnerable in our society."

"There's no way anybody with half a brain is going to appoint a partisan person like that to the Supreme Court. It's a stunt," Gray said.

"It's just crazy" to even entertain the idea, Gray said.

"It's absolutely ridiculous and the fact that anybody would entertain it makes it even more ridiculous," he said.

"Those judges are not there to be political. They are experienced and accomplished jurists, even the ones whose views I don't agree with. They are not political figures. They are not political pawns. To suggest that someone who is right now out there spewing partisan rhetoric would be a good Supreme Court justice goes against the very fabric of how our Constitution was written," Gray said.

"Senator Cotton has the legal education, experience and personal qualities to have a distinguished career as a Supreme Court Jurist just as he is now serving his fellow Arkansans and the people of the United States in the US Senate. It is without a doubt a great honor simply to be considered by the President," Webb wrote in a text message.

If nominated by the president and confirmed by the Senate, Cotton would be the first Arkansan on the court.

Thus far, none have come closer than the late Richard Arnold, a chief judge on the 8th U.S. Circuit Court of Appeals, who was near the top of President Bill Clinton's list of potential justices.

In 1994, with Justice Harry Blackmun retiring, the White House even drafted a speech announcing Arnold's nomination. Ultimately, Clinton opted for Stephen Breyer, a chief judge for the 1st U.S. Circuit Court of Appeals. 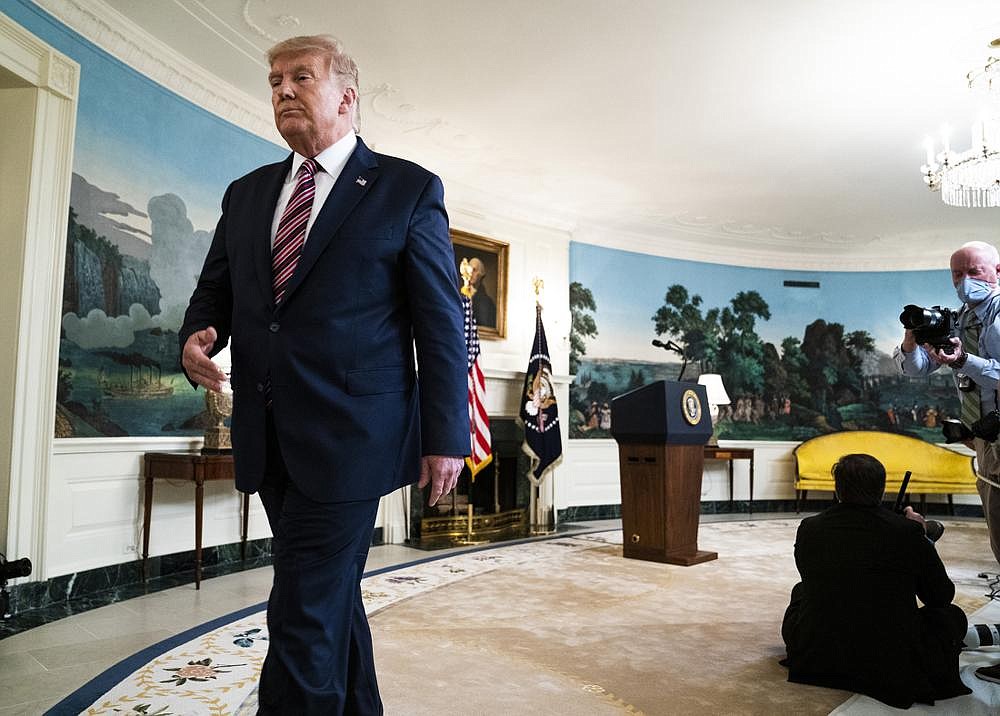