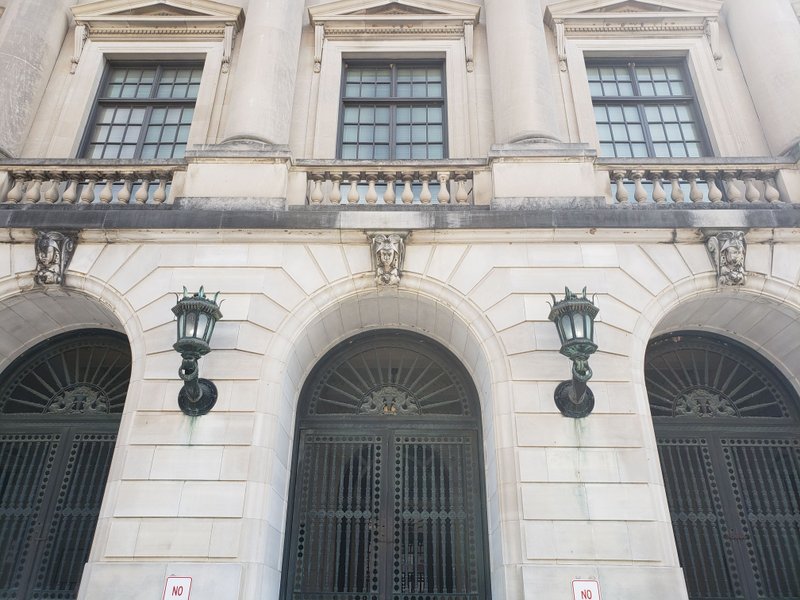 FILE - The Pulaski County courthouse in downtown Little Rock is shown in this 2019 file photo.

A lawsuit aimed at barring two Legislature-proposed Arkansas constitutional amendments from the November election was thrown out of court Wednesday with a Pulaski County circuit judge's ruling that such proposals cannot be held to the same standard as the ones that reach the ballot by public petition, known as initiated acts.

Tom Steele, chairman of the Arkansas Term Limits committee, sued Thurston, a Republican in his first term, in June, arguing that the description of the proposals that voters will see on their ballots -- the ballot titles -- are misleading and won't provide them with enough information to make informed decisions.

But that title standard only applies to public-supported amendment proposals, which are controlled by Amendment 7 of the state constitution, the judge ruled.

The only way a legislative proposal could be disqualified is if the ballot title "is worded in some way as to constitute a manifest fraud upon the public," McGowan wrote, quoting a 2011 Supreme Court ruling, Forrester v. Martin, involving a lawsuit challenging what is now Amendment 89.

In that decision, the high court ruled that ballot titles for legislative proposed amendments are solely for identification and do not have to be informative.

"When the purpose is only to identify, a ballot title is sufficient if it distinguishes the proposed amendment from others and is recognizable as referring to the amendment that was previously published in the newspapers," the judge wrote. "Constitutional amendments referred [to voters] by the General Assembly are not required to have a ballot title."