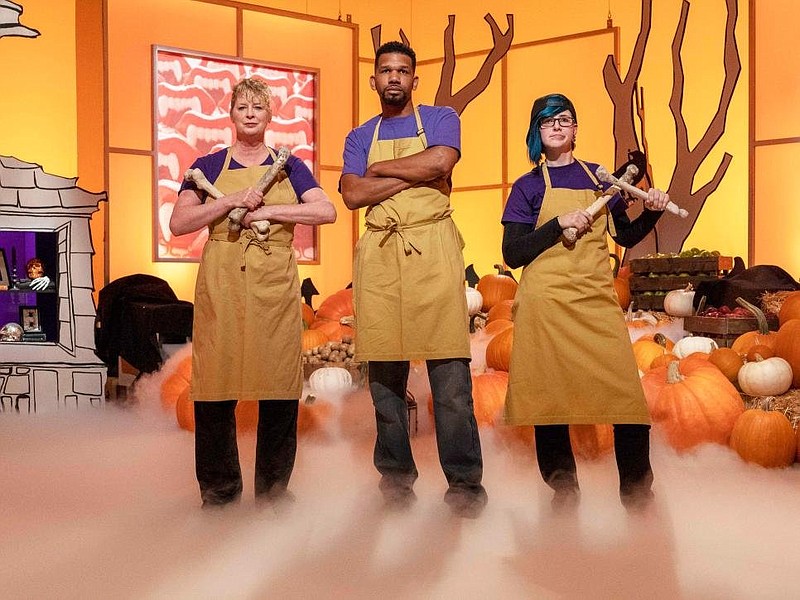 A Rogers baker is bringing her flair for making Gothic and spooky treats to a competition on the Food Network.

Sam Lucero, owner of Anarchy Cake Studio in Rogers, is a contestant on “Halloween Wars,” which airs at 8 p.m. Sunday.

Lucero is also featured in “Road to Halloween Wars,” which airs at 7 p.m. Sunday. Producers interviewed Lucero and her family at her bakery and around Rogers and Bentonville for the making-of special. Her quote, “We don’t do Christmas at my house; we do Halloween,” is featured in a promotional video for “Halloween Wars.”