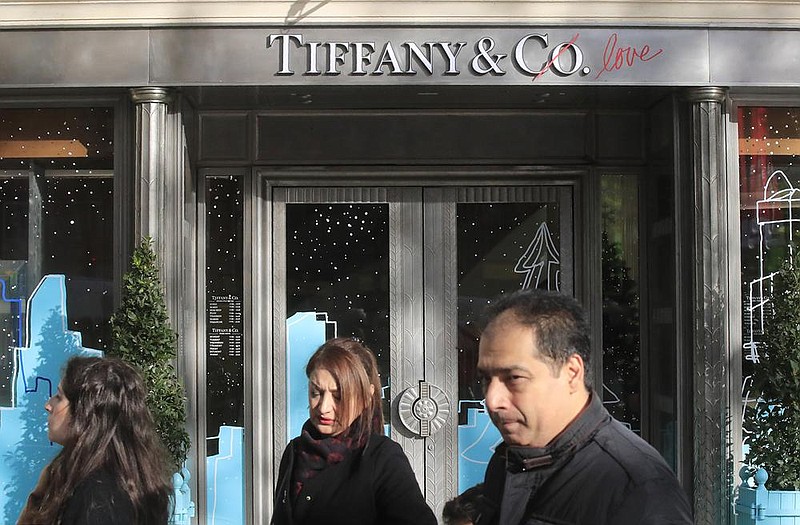 NEW YORK -- Luxury-goods giant LVMH is ending its takeover deal of jewelry retailer Tiffany & Co., saying the French government had requested a delay to assess the threat of proposed U.S. tariffs and during wider industry troubles caused by the pandemic.

The Paris conglomerate said that both the French government and Tiffany had requested that the closing of the deal be postponed by a few months. The French government, it said, wanted to assess the effect of the possible U.S. tariffs on French goods.

As a result, LVMH said, the $14.5 billion deal -- which would have been the biggest ever in the luxury market and was scheduled to close Nov. 24 -- will be canceled.

Tiffany replied that it's suing to enforce the merger agreement, which was signed in November. The New York company said LVMH's argument has no basis in French law. Tiffany also said that LVMH hasn't even attempted to seek the required antitrust approval from three jurisdictions.

"We believe that LVMH will seek to use any available means in an attempt to avoid closing the transaction on the agreed terms," said Roger Farah, chairman of Tiffany, in a statement.

Shares in Tiffany slid in afternoon trading in New York. Those in LVMH, which owns 75 brands including Christian Dior, Fendi, Givenchy and Tag Heuer, were stable.

The deal's value came under strain during the coronavirus pandemic, which caused retail sales to plunge around the world. Tiffany's share price has been trading around $125 for weeks -- below the $135 that LVMH had agreed to pay last fall, before the pandemic.

Back then, industry experts had said the deal made sense. Tiffany, known for its delicate jewelry, distinctive blue boxes and an Audrey Hepburn movie, had been trying to transform its brand to appeal to younger and more digital shoppers, and could have used an owner with deep pockets to help expand.

LVMH, led by billionaire Bernard Arnault, had thought the deal would strengthen its position in high-end jewelry and in the U.S. market. LVMH also was making a bet on China's economy, where Tiffany had been expanding its presence.

The pandemic threw all those assumptions and plans in doubt, and the threat of new tariffs between the U.S. and Europe was cited as a further complicating issue.

Before the pandemic, the global market for personal luxury goods was solid, reaching a record high of $307.1 billion in 2018 -- a 6% increase from the year before, according to consulting firm Bain & Co. That sector slipped by 2.1% last year, according to Bain estimates. But given the pandemic's financial fallout and the shutdown of tourism worldwide, those sales could drop by 20% to 35% in 2020, Bain estimates. Bain expects that personal luxury sales won't recover to pre-covid levels until 2022 and 2023.

Tiffany's global sales declined 29% during the fiscal second quarter ended July 31, after a 45% drop in the fiscal first quarter.

Last year, France sought to impose a tax on global tech giants including Google, Amazon and Facebook. The French tech tax is aimed at "establishing tax justice." France wants digital companies to pay their fair share of taxes in countries where they make money instead of using tax havens, and is pushing for an international agreement on the issue.

In response to the tech tax, the U.S. threatened to impose 100% tariffs on $2.4 billion of French products.

The two sides are at a tense truce as France has said it would delay collection of the digital tax until December, parking the issue until after the next U.S. presidential election where Trump hopes to secure another four-year term.

In a news conference on Wednesday, French government spokesman Gabriel Attal confirmed that a letter was sent by French Foreign Minister Jean-Yves Le Drian to LVMH and referred to international talks about U.S. tariffs as a "very important issue."

"The [French] government is neither naive nor passive. We have objectives that we want to reach," he said. He wouldn't further elaborate and said that Le Drian is expected to express his views on the issue in the coming hours.

Jean Jacques Guiony, chief financial officer at LVMH, insisted in a phone interview that the letter received Sept. 1 from the French government was legal and valid and left the group no choice.

"I don't think their objective is to please or not to please LVMH," he said. "The letter is legally valid, is legal. When you get such a legally binding and legally valid letter, you just apply it...We will apply it."

Asked about lowering the price to keep the deal alive, he said that had not even been considered as there is no article in the contract that would allow that.

"The deal cannot take place ... we are prohibited from closing this transaction ... we have no choice."

As for the threatened law suit, Guiony said that he doesn't "see a way in between" the arguments the two sides could put forth. "We don't do the deal on Nov. 24 and they saying that you have to do it anyway," he said.

Information for this article was contributed by Sylvie Corbet ad Elaine Ganley of The Associated Press. 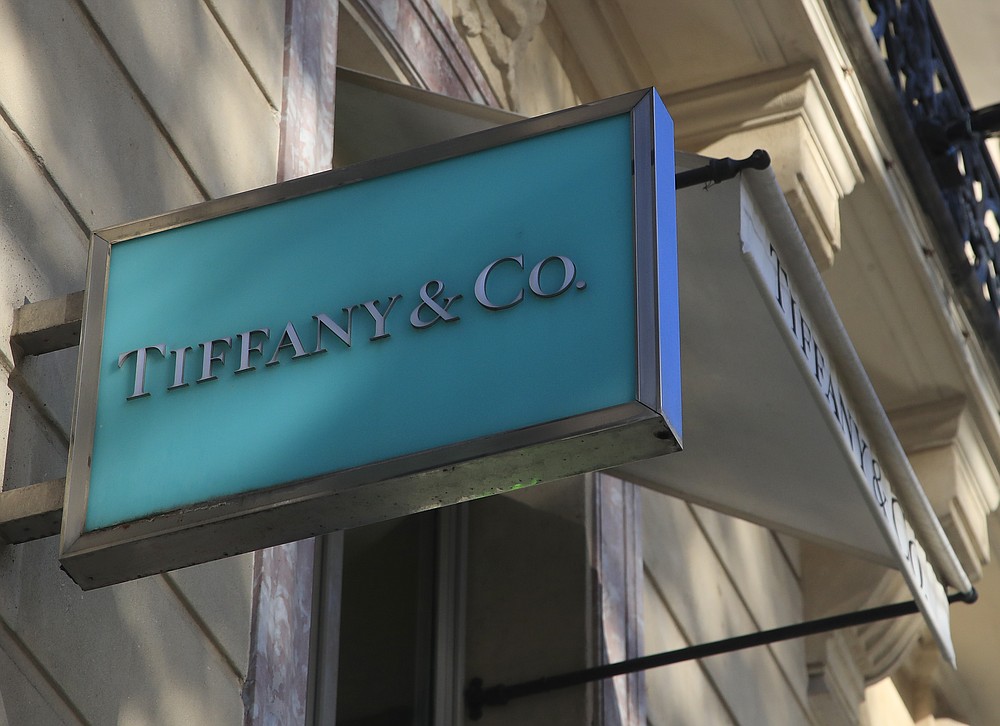 FILE - In this Nov.25, 2019 file photo, the logo of Tiffany jeweler shop is pictured on the Champs Elysees avenue in Paris. LVMH is ending its monthslong pursuit of luxury jewelry retailer Tiffany & Co., citing in part the impact of proposed tariffs on French goods. The Paris-based conglomerate said that it needs more time to assess the impact of U.S. tariffs on French goods and cannot close the deal before year-end. (AP Photo/Michel Euler, File) 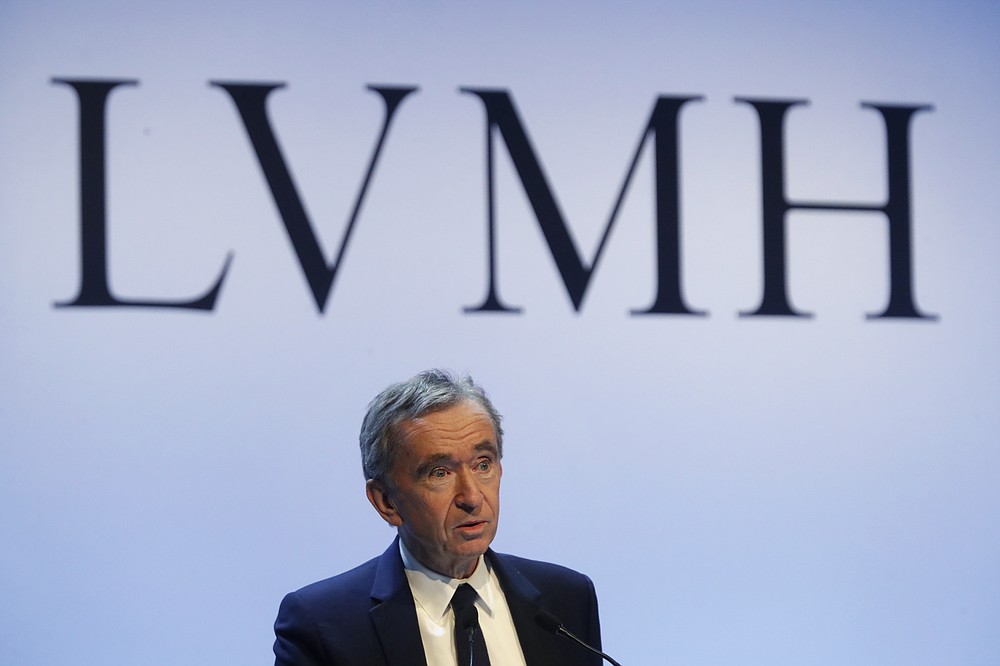