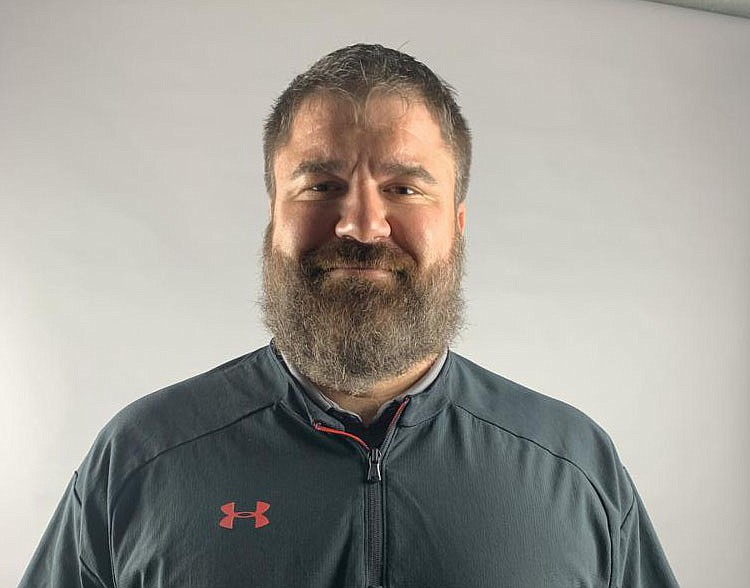 Khris Buckner will lead his Clarksville Panthers tonight in their first game of the 2020 season at their longtime rival Ozark.

Almost a month ago, Buckner wasn't sure if he would able to be coaching on the sidelines for the Panthers.

Buckner, who is in his fifth season as head coach at Clarksville, tested positive for the coronavirus on Aug. 18. He later developed pneumonia, and while he didn't have to be hospitalized, Buckner was in for a fight.

Because of the illness, Buckner's weight dropped 33 pounds from 258 to 225. Buckner said he displayed no symptoms of covid-19 and was considered asymptomatic.

As he prepared the Panthers' game plan against Ozark on Wednesday, Buckner, a 1996 Clarksville graduate and three-year starting quarterback, expressed his physical fitness as a former athlete and now coach.

"I usually run five miles a day, three days a week," said Buckner, who was 26-10-1 as the Panthers' starting quarterback and led the team to a then-Class AA state semifinal appearance as a senior in 1995. "I'm fairly healthy. I was scared to death [of having covid-19]."

Two days later, on Aug. 20, Clarksville announced it was rescheduling its season opener at Ozark for Sept. 11 because of two coaches, one of them being Buckner, and a player testing positive for the virus.

All football activities were suspended from Aug. 18-31 and not only rescheduled the Ozark game, but also canceled its game Sept. 4 at Mena.

Clarksville Superintendent David Hopkins said it was a tough situation for the Panthers when they learned of Buckner's situation. The school had already shut down its football program once in July after two players tested positive for covid-19.

"We were praying for him," Hopkins said. "We're glad he's back now."

Hopkins said there was a chance Clarksville may not have played football this season with the positive cases popping up right before the start of the season but ultimately went ahead with the season with the understanding that the school was going to have to adjust to adhering to the protocols set by the Arkansas Department of Health.

"We cannot control covid," Hopkins said. "Back in March, you're thinking it's probably a day or two. Then it goes to a week, then several weeks. Now it's been here for months.

Buckner said his temperature rose to 104 degrees for almost a week.

"The pneumonia spread all over my lungs," Buckner said. "It was an awful feeling when you can't breathe. I've had the flu before, but this was nothing like that. When it hits you, it can hit you bad."

Throughout his illness, Buckner said he didn't eat well and laid on his stomach to sleep.

"It was a nightmare," Buckner said. "It was a miserable experience."

There was a chance that Buckner was going to have to be hospitalized, but he decided to recover from home and visit his doctor in Clarksville.

"I was scared to death of going to the hospital," Buckner said. "I had to do everything I could to stay out [of the hospital]."

Buckner said the experience was seven days of agony and another 11 days to get his strength back.

When he discussed his illness Wednesday, Buckner admitted that he was just getting back to feeling normal. While he had covid-19, Buckner wants players and coaches across the state to know that he still supports playing football this fall but to be aware of covid-19.

"It [the virus] is definitely real," Buckner said. "My perspective changed on how I viewed it. It's not going away. I don't see it going away anytime soon. It picks and chooses who it wants to attack and go after.

"But I still think everybody has to return to normal life, to try to back to some normalcy."

As of Thursday, 14 nonconference games have been affected by the covid-19, with 12 teams having to cancel their games because of at least one case or exposure to the virus. Both Clarksville and Cross County had to cancel two games in the first two weeks.

Hopkins said that it's important for schools to be transparent with their handling of covid-19 cases, especially in the athletic programs such as football.

"The main thing is to follow the rules and guidelines that the health department has implemented."

But Buckner is confident in the Panthers' chances to compete in the 5A-West this season.

"I'm really excited about our group," Buckner said. "I think we have a chance to surprise some people.

"But there's no bigger opponent than Ozark on Friday for us right now. We know that we'll get their best shot."

Since the high school football season began Aug. 27, 14 games have been affected by the coronavirus pandemic. There are 12 known teams that have canceled at least one game. Today marks the third Friday night of the season:

^School that had two games canceled

NOTE Several teams were able to reschedule after their opponents canceled because of covid-19 (Mount Ida traveled to Bald Knob on Aug. 28; Hazen went to West Fork on Sept. 4; Greenwood is hosting Springdale Har-Ber today; Hampton is scheduled to play at Cross County on Saturday). Clarksville will face Ozark today after rescheduling from Aug. 28.