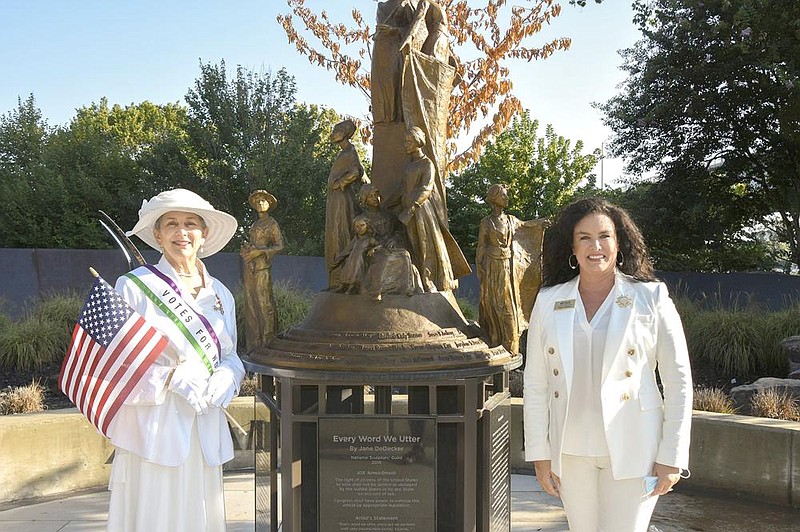 Carolyn Eastham and Angie Dennis on Aug. 22 at Riverfront Park for the 100th Anniversary of Women's Suffrage. ( Cary Jenkins)

Women dressed in white, the color associated with the suffrage movement, and some in period costumes, gathered at Riverfront Park on Aug. 22. They were at the park's Women's Suffrage Centennial Plaza for a commemoration of the 100th Anniversary of Women's Suffrage and the adoption of the 19th Amendment. The event was hosted by the Little Rock-Centennial Chapter of the National Society Daughters of the American Revolution.

Guests were welcomed by chapter regent Angie Dennis. Chapter historian Stephanie Wade spoke about key points in the history of Women's Suffrage in Arkansas including a special session of the Arkansas State Legislature on July 28, 1919, where Arkansas became the 12th state to ratify the 19th Amendment. The amendment became law on Aug. 26. 1920.

The commemoration took place in front of the Plaza's statue by Jane DeDecker titled Every Word We Utter which features key women who played important roles in the suffrage movement.