Prospects have praised University of Arkansas cornerbacks coach Sam Carter's ability to connect with them, and 4-star junior cornerback Julian Humphrey is adding his name to the list.

"Well, he's a very great guy and he knows what he's doing with the group of defensive backs up in Arkansas, and he's creating something special up there," Humphrey said.

Carter is a likeable and knowledgeable coach, Humphrey said.

"He's a great recruiter," he said. "You know he's a very chill guy, and he really likes the people he recruits. He can develop me and perfect my craft to get to the next level, and on the other hand have a great degree from the University of Arkansas."

Arkansas is one of several schools Humphrey hopes to visit once the NCAA dead period for recruiting is over. Duke, Colorado, Washington State, LSU, Texas A&M, Kansas State, Kansas and Southern Cal are others.

National recruiting analyst Tom Lemming of CBS Sports Network travels the nation about six months of the year to watch the top recruits in the country. Humphrey and other top south Louisiana prospects visited with Lemming in Baton Rouge last year.

"I saw him when he came out and met me last year," Lemming said. "He's an outstanding athlete that's a good wide receiver and an excellent cover corner. He has long arms, quick feet, explosive, shows very good timing when anticipating. I have him as a 4-star prospect and one of the top prospects in the Houston area for the 2022 class."

He had 27 tackles, 2 tackles for loss, an interception, 7 pass breakups, a forced fumble and recovered fumble as a sophomore while also not giving up a touchdown.

"My favorite part is when I catch a pick-six and take it all the way back," he said. "I love playing cornerback because I can lock up every team's best receiver. Also, I love the hitting."

Humphrey is motivated to study criminal justice because of an uncle's career in law enforcement.

"My uncle was an FBI lead man, and he always told me how it was and all, and ever since then I just loved it," Humphrey said. "He said each and every day you get to serve as a top-notch commander, and you save people's lives whenever they're in trouble. He told me that's one of the best things about being associated with the FBI." 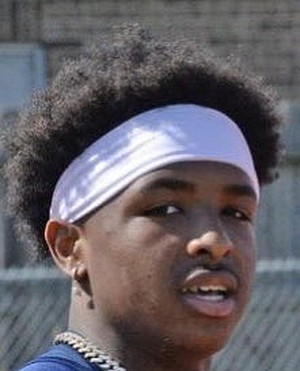