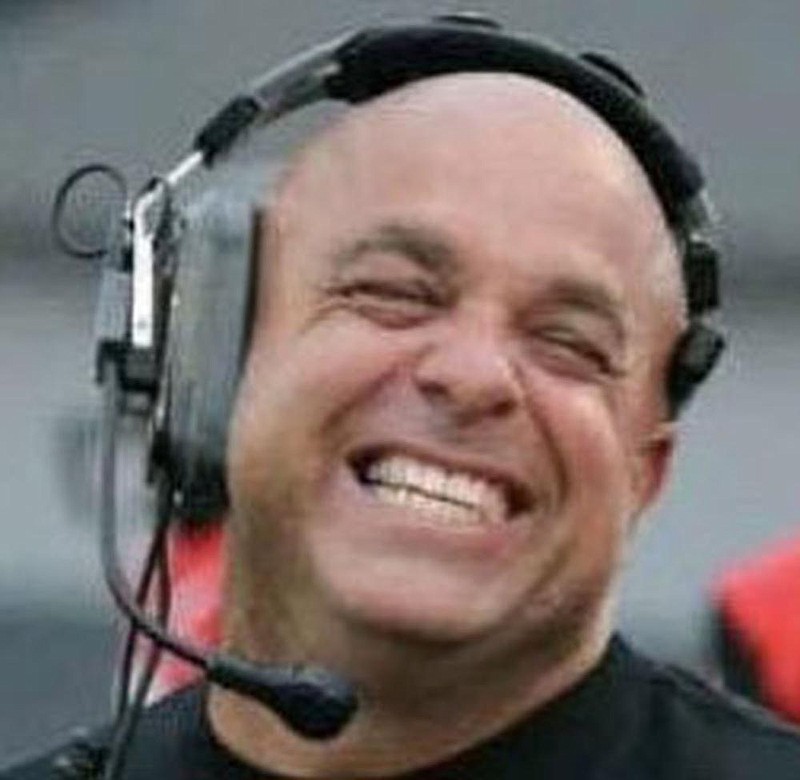 Mountain Home snapped its 23-game drought with a 41-7 victory over Nettleton at Bomber Stadium in Mountain Home.

Steve Ary is in his first season as Mountain Home head coach and has preached a turnaround for the Bombers ever since he took over the Baxter County school in January.

Seeing the Bombers win Friday was a great moment, he said.

"It was big," Ary said. "It was one of those games where it makes the hair on your arms stand up. It makes you almost want to tear up.

"You know what they've been through. When you put in the amount of time that you do in football, you need to be successful."

Mountain Home (1-1) compiled 451 yards against Nettleton, including 288 rushing and 163 passing. The Bombers scored 28 points in the second quarter to take a 28-7 halftime lead.

"We got a real good balance," Ary said. "They got better every quarter. From the first to the fourth quarter, I saw them grow."

For the first time since 2017, Mountain Home doesn't enter a game with a losing streak. The state's longest losing streak now belongs to De Queen at 19 games.

The Bombers will host Batesville on Friday before opening 6A-West Conference play Sept. 25 at Lake Hamilton.

Ary said it's important for the Bombers to not lose focus against the Pioneers.

"Our deal is preparation right now," Ary said. "Our staff is prepared. Our kids put in the time. We will keep hitting on preparation. The most prepared team has the best chance to win."

Pulaski Academy once again went east to Tennessee and picked up a victory to bring back home.

The Bruins won 37-29 at Ravenwood in Brentwood, Tenn., avenging its 61-47 loss to the Nashville-area team from a year ago.

It was Pulaski Academy's third victory over a Tennessee high school football team since 2017. The Bruins defeated Memphis Ridgeway in 2017 and 2018.

Pulaski Academy Coach Kevin Kelley said winning in Tennessee was another shining moment not only for the eight-time state champion Bruins, but also for Arkansas.

Charlie Fiser completed 18 of 25 passes for 281 yards and 3 touchdowns. His 16-yard touchdown pass to Cooper White and two-point conversion toss to Caleb Nichols with 6:13 left to play broke a 29-29 tie.

Fiser also had a 15-yard scoring run for the Bruins.

"I think the light bulb came on," Kelley said of Fiser. "I tell him, 'You're a pocket guy, but God gave you feet so you can run.' He made two big throws out of the pocket. They were game-changers for us."

White finished with 11 receptions for 213 yards and 3 touchdowns.

Pulaski Academy's defense preserved the victory Friday as Luke Witham forced a fumble on third and goal at the Bruins' 1, with Futa Shinkawa recovering with 1:46 remaining.

The Bruins outgained Ravenwood 562-232 and held the Raptors to seven points in the first half.

"That was as big of a team victory as we've ever had," Kelley said.

The Bruins face another out-of-state team this Friday, but it's at home against Life Christian from Chester, Va. Life Christian is a private school, so it is playing a schedule made up of out-of-state competition because Virginia's public schools are not playing high school football this fall.

The coronavirus pandemic has created three new matchups for the fourth week of games.

Fort Smith Northside, which had to cancel its game at Greenwood on Friday because of possible exposure to covid-19 in the program, now will travel to Moore, Okla., on Friday. That game will make up for Springdale Har-Ber, which was scheduled to play Northside but went ahead and played Greenwood on Friday.

Bald Knob will be at Valley View on Friday. The Bulldogs' home game against Riverview on Friday was canceled after the school announced Wednesday that a student tested positive for covid-19 and that at least 10 athletes may have been in close contact with that student.

A neutral site game will take place at Wynne's Yellowjacket Stadium this Friday.

Gosnell and Rison will meet in Wynne in a matchup of Class 4A and 3A teams. Gosnell was to have hosted Osceola on Friday, but Osceola canceled the game Wednesday because of covid-19 concerns.

The top nine teams in the Arkansas Democrat-Gazette's overall top 10 remain the same after Friday's games.

But the 10th team is making its first appearance in the rankings this season.

Lake Hamilton enters the overall top 10 after a 37-16 victory over Malvern at Wolf Stadium in Pearcy.

Tevin Woodley led the Wolves with 170 rushing yards and 2 touchdowns on 20 carries. Owen Miller also had 139 yards on 23 carries as the Wolves finished with 369 yards (332 rushing).

The biggest shakeup in the rankings is Little Rock Christian dropped three spots to No. 5 in Class 5A. The Warriors were upset by Magnolia, 52-49, at Warrior Field in Little Rock.

With its victory, Magnolia is ranked for the first time this season at No. 4 in Class 5A. The Panthers, led by Coach Mark King, have earned road victories against 2019 Class 4A state semifinalist Crossett and the Class 5A state title game runner-up Warriors.