Pandemic hot spots in U.S. also lay into regulators for delay on safety guidance by KIMBERLY KINDY THE WASHINGTON POST | September 14, 2020 at 4:00 a.m. 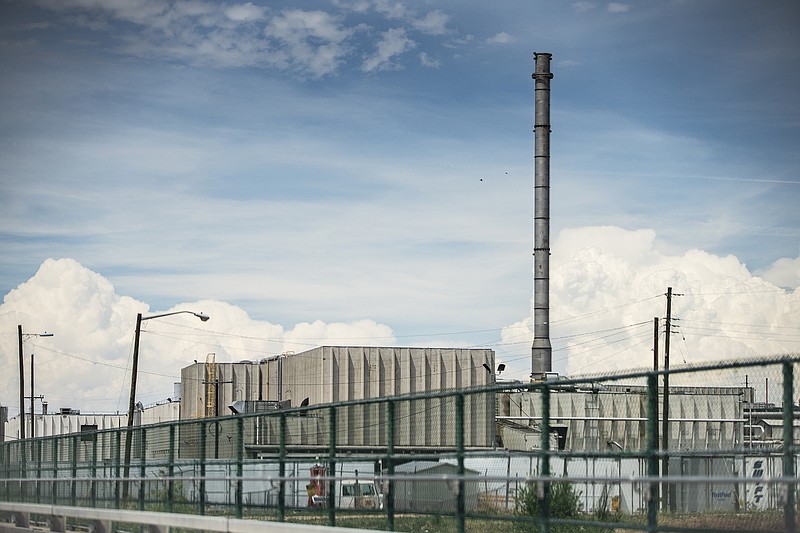 The JBS meatpacking facility in Greeley, Colo., where 290 workers have tested positive for the coronavirus and seven have died. MUST CREDIT: Photo for The Washington Post by Chet Strange

The financial penalties for a Smithfield Foods plant in South Dakota and a JBS plant in Colorado issued last week total about $29,000 -- an amount critics said was so small that it would fail to serve as an incentive for the nation's meatpackers to take social distancing and other measures to protect their employees.

Meat plant workers, union leaders and worker safety groups are also outraged that the two plants, with some of the most severe outbreaks in the nation, were only cited for a total of three safety violations and that hundreds of other meat plants have faced no fines. The companies criticized federal regulators for taking so long to give them guidance on how to keep workers safe.

At least 42,534 meatpacking workers have tested positive for the coronavirus in 494 plants, and at least 203 workers have died since March, according to an analysis by the Food Environmental Reporting Network, a nonprofit investigative news organization.

Smithfield last year had revenue of nearly $14 billion. JBS -- the largest meatpacker in the world -- had $51.7 billion in revenue. Both companies, which operate internationally, said the citations are "without merit," that they will contest them and that they have already made safety improvements.

The Occupational Safety and Health Administration said the plants failed to provide a workplace "free from recognized hazards that were causing or likely to cause death or serious physical harm to employees in that employees were working in close proximity to each other and were exposed to" the coronavirus.

The citations also said the companies "did not develop or implement timely and effective measures to mitigate exposures."

In addition to improving distancing between employees, the agency ordered the companies to erect barriers between the workers when that isn't possible. With Smithfield, the agency said the plant needed to adjust processing line speeds "to enable employees to stand farther apart."

The companies, worker safety groups and meat plant workers criticized the agency for how long it took to complete investigations of the plants.

"Where were they when people were getting sick and were hospitalized? When people were dying?" said Debbie Berkowitz, a worker-safety expert with the nonprofit National Employment Law Project. "Just think about how many lives could have been saved and how many people may not have gotten sick."

Marc Perrone, president of the United Food and Commercial Workers International Union, said he believes the sudden issuance of citations, months after the plants were spiking with coronavirus cases, is motivated by the upcoming presidential election.

"They checked out and turned a blind eye to this for months. The Trump administration made these decisions to not step in and help workers," Perrone said. "Now they are trying to look like they are doing their job so they can cover themselves politically. People in this country remember the horror of what happened to these workers."

The White House did not respond to a request for comment.

Of the nearly 10,000 covid-19-related requests the health and safety agency received to investigate workplaces in all industries since early March, Smithfield and JBS are the only ones that have so far resulted in a citation and fine. Unrelated to the complaints, the agency has issued six other covid-19-related citations and fines for industries other than the meat industry, which resulted from routine reports the agency received from hospitals and employers about workers being hospitalized or fatally injured, records show.