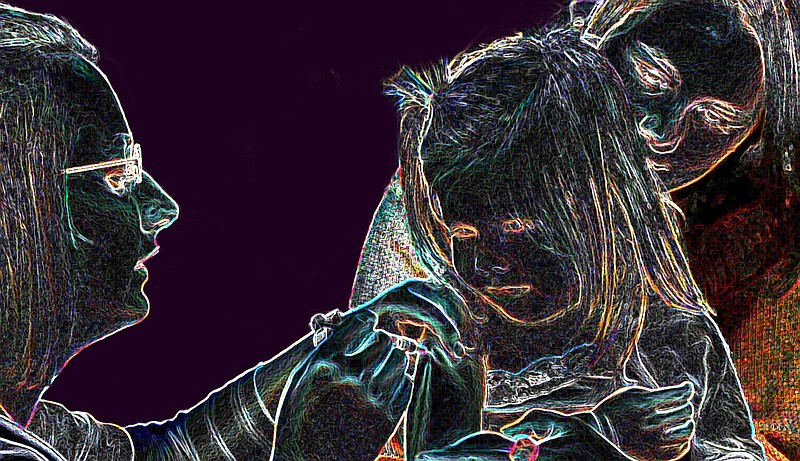 Making sure that your kids get a yearly flu shot is always a good idea, doctors say, but it's even more so this fall, as the coronavirus continues to spread.

As any parent knows, cold and flu season always brings a host of respiratory viruses and runny noses, but this year there's the possibility of getting the flu and covid-19. So public health leaders are urging everyone to get the flu vaccine to protect ourselves and prevent hospitals from being overwhelmed with sick patients.

"Every time you get a virus it can predispose you to having another infection on top of it," said Dr. Flor M. Muñoz, a pediatric infectious disease specialist at Texas Children's Hospital in Houston and the lead author of the American Academy of Pediatrics' recommendations for preventing influenza.

If you've been thinking about this year's flu shot and wondering when to get it, here are answers from medical experts.

Does my child need more than one flu shot?

It depends. Children typically receive their first flu shot starting when they are 6 months old, at which point they are given another shot about four weeks later. That's because the immune systems of young children under the age of 9 don't have as strong a response to the vaccine as older children and adults do, Muñoz said. Peak immunity will develop about two weeks after the second shot.

Children who are younger than 9 and have never received the vaccine will also need two flu shots this year, spread out about four weeks apart. Likewise, children under 9 who have received just one flu shot in the past — and then never received another flu shot at any other point in time — should also get two shots this year.

Children 9 and older only require one flu shot, and it will take at least two weeks for those children to be fully protected after the shot is administered.

If you're unsure, ask your child's doctor for guidance.

When is the ideal time to get the vaccine?

The American Academy of Pediatrics says that as long as your children get the flu shot in September or October they'll be covered. Although there have been flu shot shortages in the past, this year has not seen any delays in production, according to the Centers for Disease Control and Prevention, and vaccine manufacturers project that they will supply 20 million more doses this flu season than they did last year, for a total of nearly 200 million.

It's "better to get it when you are thinking about it, otherwise you might wait too long or forget," said Dr. Mark Sawyer, a pediatric infectious disease specialist at Rady Children's Hospital-San Diego and a professor at the University of California, San Diego.

Children who need to get the flu shot twice should get the first dose as soon as possible.

For kids who start in September, "it's going to be mid-October by the time they get fully protected, assuming they get their second dose within four weeks," Muñoz said.

Everyone who plans to get the flu shot should be fully vaccinated by the end of October, she advised.

According to the CDC, the flu season can begin as early as October and continue through April or May. The immunity conferred by the flu shot decreases over time, but more so in adults than children, Sawyer added.

If your kids don't get the vaccination and then come down with the flu, you should still get them vaccinated when they recover, because everyone can get the flu more than once, Muñoz said.

Where is the safest place to get the vaccine?

On Aug. 19, the Department of Health and Human Services gave permission to pharmacists nationwide to administer all scheduled shots to children as young as 3, including the flu vaccine. You can use the Vaccine Finder website (vaccinefinder.org) to find a place near you.

Although parents now have more options of places to vaccinate their children, it may be most beneficial to do so at your pediatrician's office because they know your child's medical history and you'll have the opportunity to discuss other things, for example sleep problems or developmental milestones, or to get other vaccines that might have been missed earlier this year.

It's important to maintain that contact with your child's doctor, especially for younger children, Muñoz said.

If you do go to a pharmacy, don't forget to keep the record of the vaccine and when it was given, Sawyer advised.

Instead of getting a shot, children 2 years and up can get a vaccine nasal spray.

My child had the flu last year. Doesn't that mean she's immune?

No, your child still needs to get the flu shot.

"Even if you had the flu two years ago or the year before, it might be that the strains that are around causing the flu this year are completely different," Muñoz said. "It's unusual to have the same strain of virus circulating every year."

This year's vaccine covers four flu strains and three of the four strains were not in last year's flu vaccine, she added.

There are two types of flu viruses that most seriously affect humans: influenza A and B. Each type of virus has multiple strains, any one of which could be in circulation. In addition, the strains can mutate during the flu season and will be perceived as a new virus by our immune system.