READ TO ME: Stung by a bee, this child developed business acumen 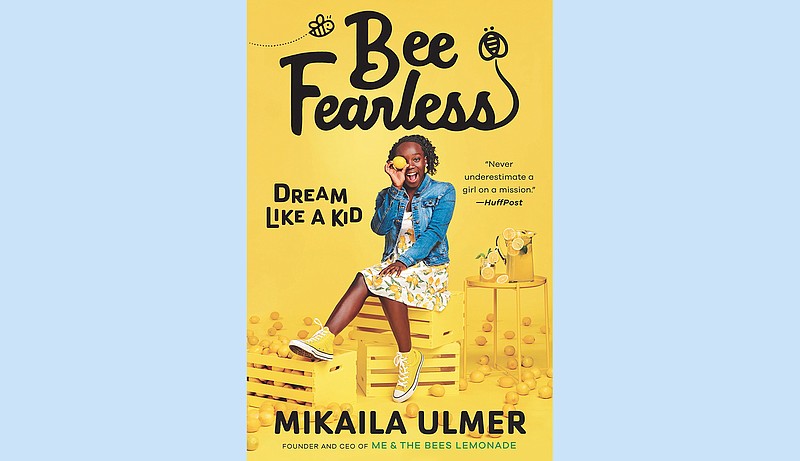 STORY: Part memoir, part business manual, and all parts interesting, 15-year-old Mikaila Ulmer's book tells middle-schoolers how and why she became the CEO of a bigtime beverage business and founder of a charitable foundation.

She writes that the "why" begins with her interest in a children's business fair in September 2009 at Austin, Texas. But why was she interested? Just a guess: Both of her parents are business school graduates. Still, their 4 ½-year-old sustained her desire to set up a booth and sell something at this child market.

But what to sell? While she was trying to decide, she was stung by a bee. And then another bee.

She decided she would never go outdoors again. Her parents asked her if she knew why bees sting. She went to a library to find out. In the process, she learned about colony collapse disorder. She didn't understand it, she writes, but she did set up a lemonade stand in her yard to raise money to help the bees.

She made $15 ($1 per cup plus a donation). She decided to pay Heifer International to give someone a beehive ... using whatever was left after she bought herself a doll. But her mother pointed out that the doll cost more than $15 and so did the beehive. She would have to sell more lemonade.

Family guidance led her to prioritize the donation. She writes, "Give first, save next, spend later." She actually wouldn't buy that doll for another year, and in the meantime ...

With a recipe from her great-grandmother, she made a batch of flax-seed honey lemonade. She was scared of the family stove but got over it. She squeezed all those lemons with her little hands. At her father's suggestion, she kept charts as she refined the recipe.

Her mother made her a bee costume to wear at her table at the fair. There are photos. She was adorable. She charmed customers with jokes about bees. Although one of 115 kid vendors, she sold out of her lemonade and (at $2 per cup) earned enough to make two donations — $20 to the Texas Beekeepers Association and $30 to Heifer.

And then she started networking like a little maniac. She carried a thermos of lemonade to kindergarten to proffer samples. She talked up the plight of bees and got permission to set up her booth at local stores. She donated more beehives. She won an award at a museum lemonade contest and was interviewed on TV. A pizza guy asked if she'd considered bottling her lemonade.

Long story short, by the time she entered second grade she was in the commercial bottled-beverage business. Her Beesweet Lemonade was sold in stores around Austin. By March 2014, she was auditioning for ABC's Shark Tank. She made the show and cut a deal.

But with size came setbacks, which she and her family met with accommodations. The beverage name had to change to avoid an infringement suit, and she settled on Me & the Bees Lemonade.

Her mentors are good mentors, she explains.

Unlike some look-at-me business books, there's not much padding or repetition here, and the tone has a positive and yet candid quality that makes you want to go buy some lemonade to save bees. What a girl.