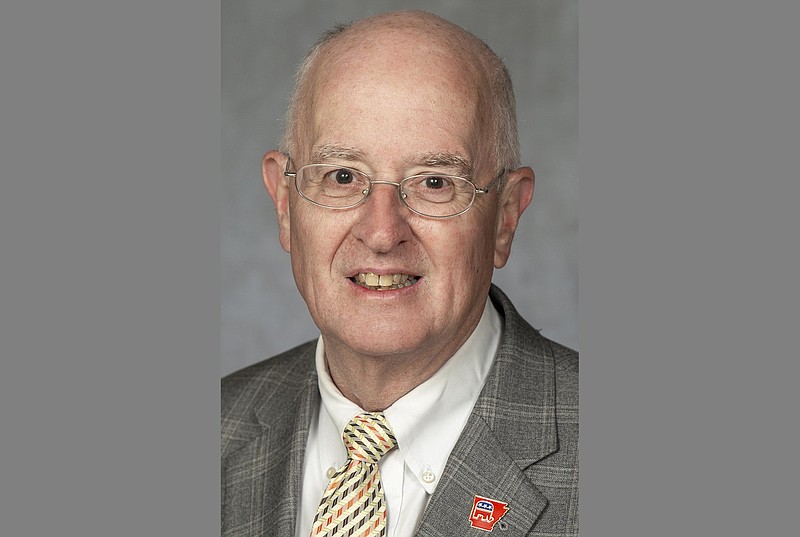 FAYETTEVILLE -- A post Monday night on the Facebook page of Republican state House candidate John La Tour asks what the "bag limit" is for Antifa and Black Lives Matter members.

The post prompted the state Democratic Party to call Tuesday for state leaders to denounce his remarks.

The post appears on La Tour's page and identifies him as the author. Posting time was about 7 p.m. Monday, according to Facebook's time stamp.

The complete post says: "Antifa and BLM are now saying they are coming to the country. I wonder what the bag limit is, and where I can purchase riot-idot [sic] hunting license."

La Tour, a former Fayetteville City Council member, is running against Rep. Nicole Clowney, D-Fayetteville, in the Nov. 3 general election. He had no Republican primary opposition for the District 86 seat.

Two emails to La Tour and a message left at his office with a staff member Tuesday were not yet returned.

"An Arkansas Republican state House candidate is callously suggesting that Black Lives Matter demonstrators be shot and killed for sport," said a statement issued Tuesday afternoon by the Democratic Party of Arkansas. 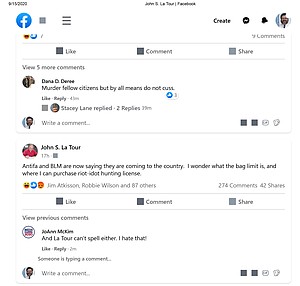 Clowney said Tuesday her first reaction to the news of the posting "is just to feel outrage for the residents of District 86 who feel less safe because of this. Nothing about violence is ever funny."

The comment is not excusable as a reference to self-defense either, Clowney said.

"He's talking about hunting human beings," she said. "The job of elected officials is to protect people," Clowney said. "This is a direct threat."

La Tour's campaign finance report shows a June 5 purchase with campaign funds from the Safe Life Defense company of Las Vegas for $1,098. The company sells body armor and related accessories, with no other products shown on its web page at safelifedefense.com.