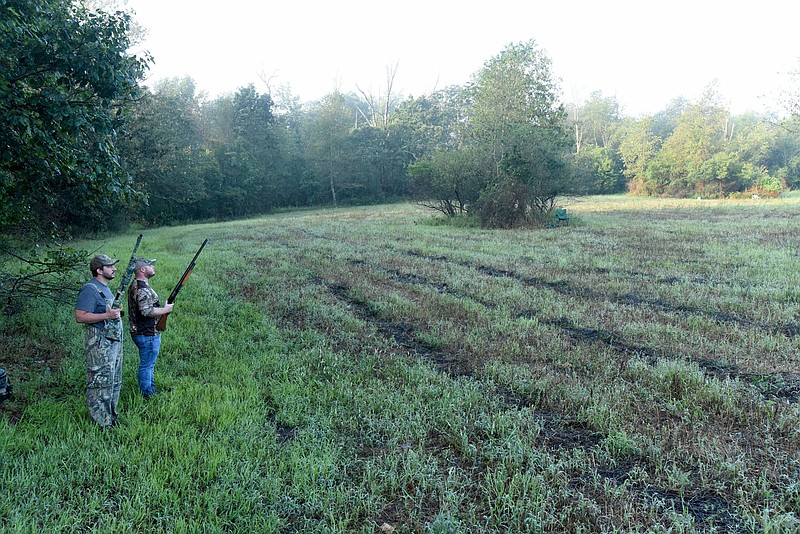 Matt Hughes (left) of Tontitown and Jake Taylor of Gravette scan the sky on Sept. 5 2020 during opening morning of Arkansas' dove hunting season. They hunted at one of the Arkansas Game and Fish Commission public dove hunting fields east of Siloam Springs. Hunting at the fields is free and no permit is required. State hunting license regulations apply. (NWA Democrat-Gazette/Flip Putthoff)

First light had yet to wash away a moonlit night, yet legions of excited hunters waited for opening morning of Arkansas' dove hunting season.

Several camouflaged hunters fanned out on opening morning across fields located off Kinchloe Road to ring in the new season. It's the traditional start of fall hunting in Arkansas.

Jake Taylor of Gravette and Matt Hughes of Tontitown sat on the lids of 5-gallon buckets at the edge of a field where meadow met woods. From their perch, they could see 12 to 15 other hunters scattered under trees and in front of brush.

Opening morning was well attended here, but not crowded. Judging from the near steady pop of shotguns and the number of birds that cartwheeled to Earth, opening morning of dove season 2020 was going well.

It was Hughes' first time to hunt doves, and he brought down his share. Taylor has hunted doves for years, but mostly in northeast Arkansas where doves are more abundant.

"This is my first time to hunt in this part of the state," Taylor said.

He was happy with the numbers of birds flying across the field this opening morning.

"It's really surprised me, the number of birds we've seen."

Ben O'Brien of Fayetteville hunted with his girlfriend, Jessica McCauley of Little Rock, on opening morning. He said the hunting was much better this year than last.

Could be because Game and Fish changed what crops are sown in the fields. Richard Bowen, Game and Fish wildlife biologist, said this year winter wheat and millet were planted before the season. Last year, sunflowers were a dominant crop, but the deer ate most of the sunflowers, Bowen said.

The wheat and millet were mowed days before dove season opened to scatter the seeds that doves seek. Hunters reaped the benefits. The daily limit is 15 mourning doves.

As hunters exited the fields at midmorning, the take appeared to average four to eight doves per gun. Some hunters had more. Others had none.

"We didn't get any doves," said Warren Wheat of Springdale said. "But we sure scared a bunch of 'em."

To reach the Kinchloe Road fields, follow Kinchloe Road south from U.S. 412. Go 1.2 miles. Turn right on the gravel road where the pavement curves to the left. Drive about one-quarter mile to the dove fields.

Three fields west of Lake Wedington are on the south side of Arkansas 16 one or two miles west of the lake. Another field is along Krie Road south of Arkansas 16. From Arkansas 16, follow Wedington Blacktop Road south about three miles. Turn left on Krie Road where some poultry barns can be seen. Go about one mile to a sharp right turn in the road. Turn left here and cross a cattle guard into the parking area.

The dove field is to the right of the parking area. 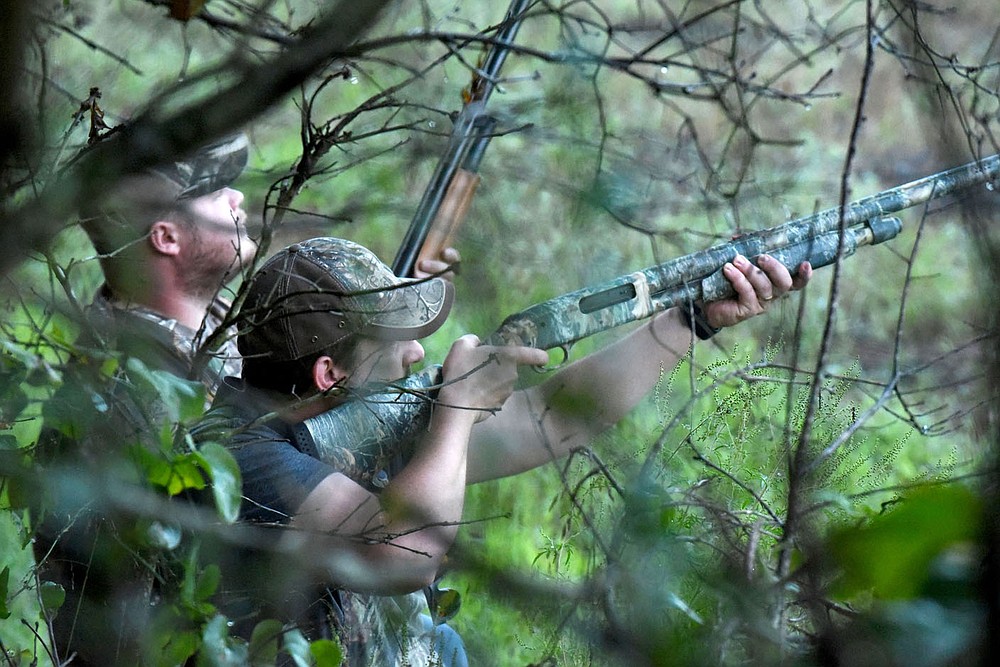 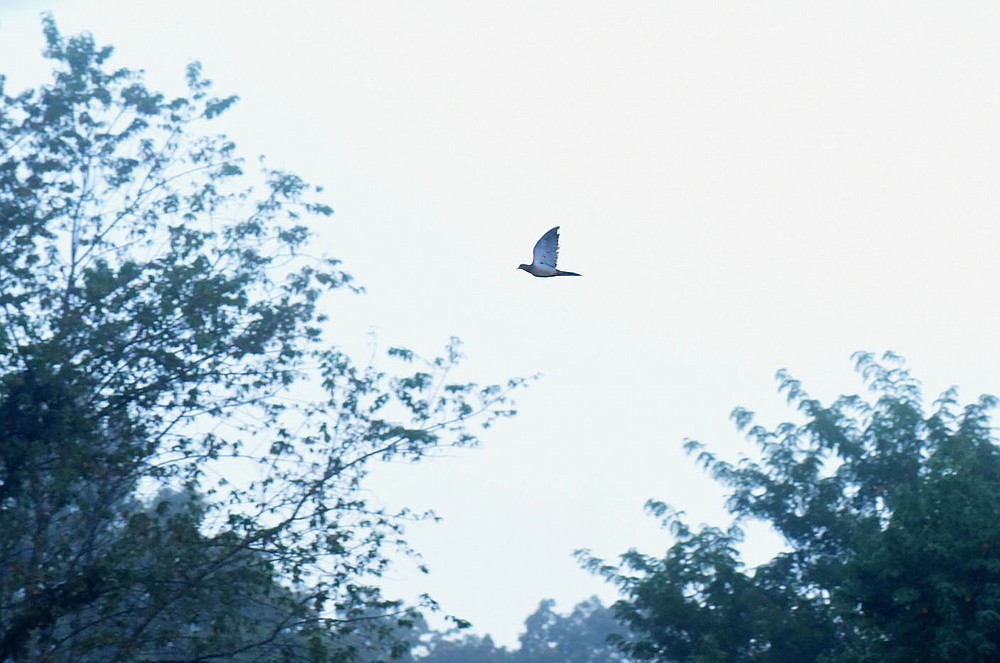 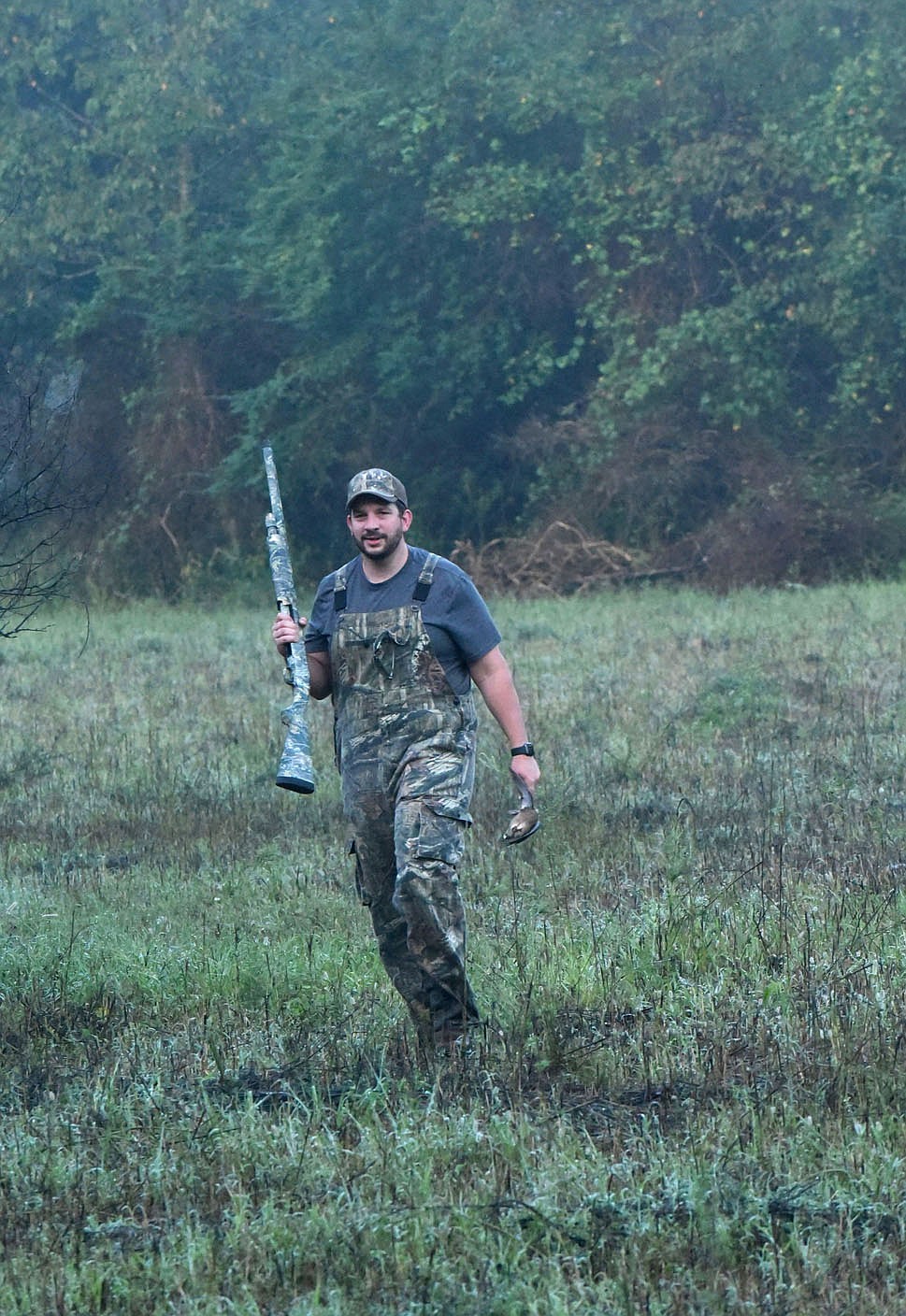 Matt Hughes brings a dove back to his hunting spot. (NWA Democrat-Gazette/Flip Putthoff) 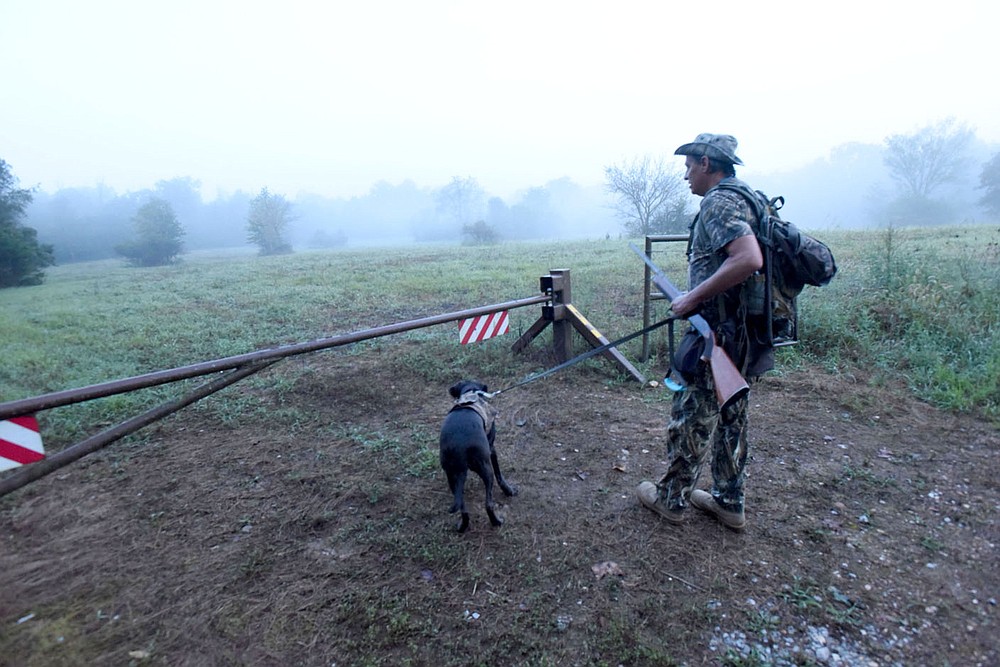 A hunter and his retriever enter one of the Arkansas Game and Fish Commission public dove hunting fields on opening morning Sept. 5 2020 east of Siloam Springs. (NWA Democrat-Gazette/Flip Putthoff) 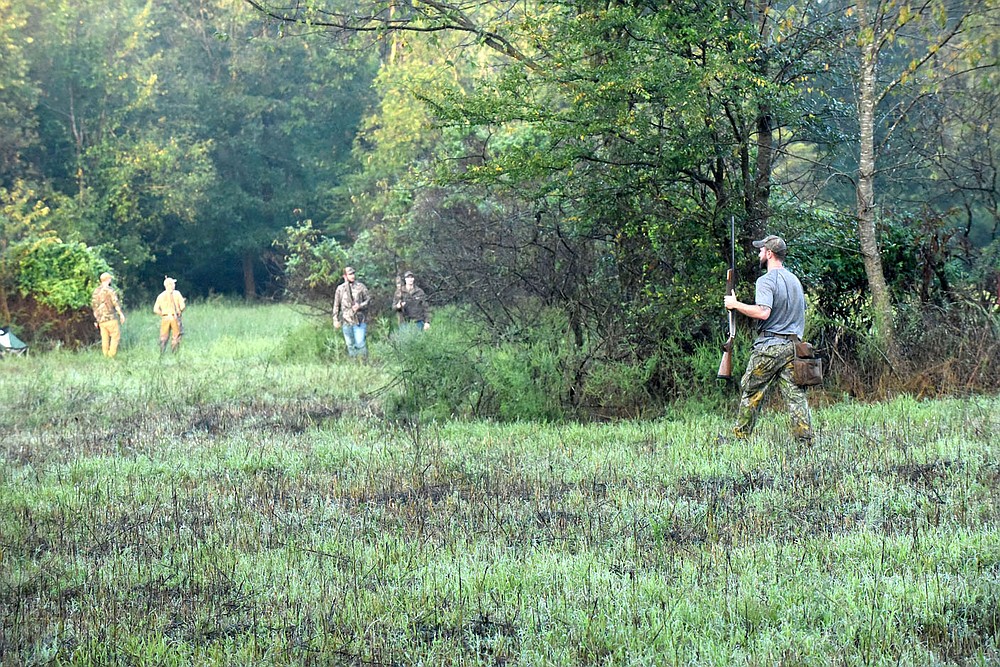 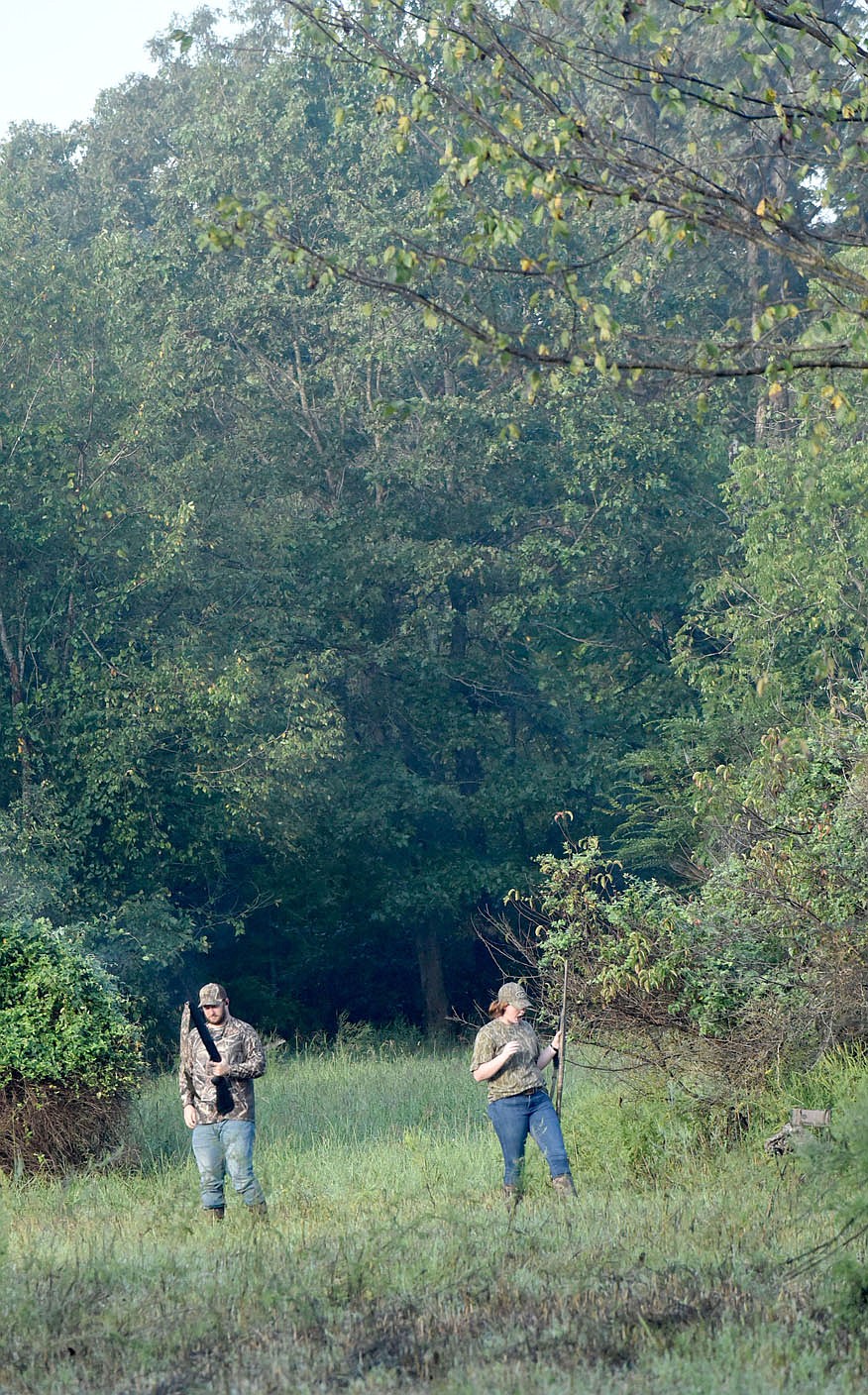 Fire up the grill

Dove breasts are tasty and easily prepared on a barbecue grill. Marinate dove breasts in Italian dressing for an hour or more. Grill the breasts until done, flipping once, about 15 minutes.

Wrap each breast in a slice of bacon if desired. Brush the cooked breasts lightly with barbecue sauce, also optional.

For instructions on how to process doves, visit Dove Processing 101 at agfc.com.