Kroger sued by U.S. after 2 firings linked to gay emblem 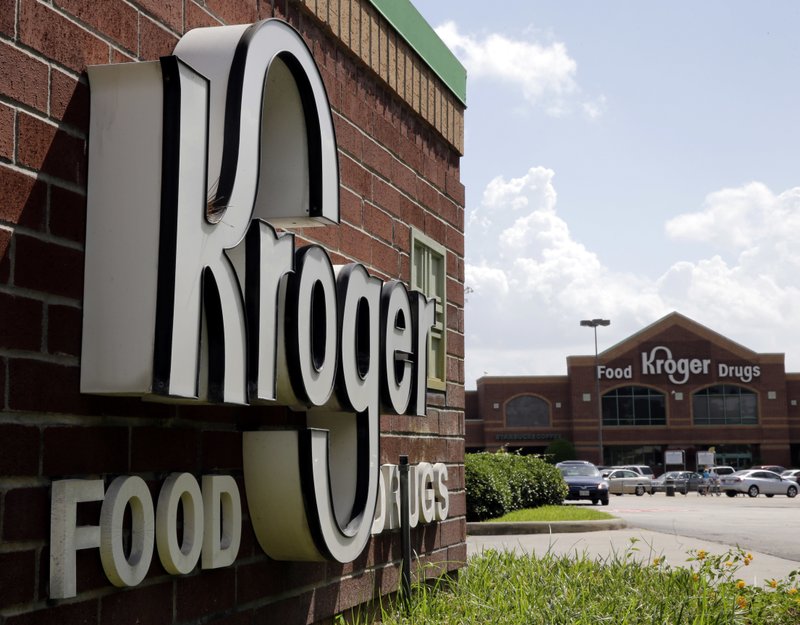 The Equal Employment Opportunity Commission in a lawsuit filed Monday accused Kroger Co. of unlawful employment practices for allegedly refusing to accommodate two former employees in Conway who expressed religious objections to wearing an apron embroidered with a rainbow based on their belief that the symbol represented advocacy for the LGBTQ community.

The two former employees of the grocery chain, Brenda C. Lawson and Trudy K. Rickerd, were disciplined and ultimately terminated because of their objections to the dress code that stemmed from their religious beliefs, according to an EEOC complaint.

The rainbow flag has long been recognized as a symbol of the LGBTQ community and is often flown in June to celebrate Pride Month. However, based on information contained in the complaint, it's unclear whether Kroger intended for the emblem on the apron to symbolize solidarity with the LGBTQ community.

According to the lawsuit filed in U.S. District Court for the Eastern District of Arkansas, in April 2019 Kroger instituted changes to its dress code that included a new apron required for employees featuring a rainbow heart logo embroidered on it.

The complaint said Lawson worked in the deli department at a Kroger store in Conway starting in 2011 until she was fired June 1, 2019. Rickerd worked as a cashier and file maintenance clerk at Kroger in Conway from 2006 until her termination May 29, 2019.

The EEOC lawsuit claims the two employees were disciplined and fired in spite of their requests for a religious accommodation.

At the time of their firings, Lawson was 72 and Rickerd was 57, the complaint says.

Both Lawson and Rickerd subscribe to a literal interpretation of the Bible and believe homosexuality is a sin, according to the complaint.

The complaint says that although Lawson and Rickerd hold "no personal animosity toward the individuals who comprise the LGBTQ community, the practices of that community" violate their religious beliefs.

While working for Kroger, Lawson reportedly offered to cover the the apron's rainbow heart symbol with a name tag.

Shortly before she was fired, Rickerd provided her employer with a signed handwritten letter expressing her objection to wearing the apron.

In the complaint, attorneys for the EEOC quoted Rickerd's letter as saying in part, "I have a sincerely held religious belief that I cannot wear a symbol that promotes or endorses something that is in violation of my religious faith ... I respect others who have a different opinion and am happy to work alongside others who desire to wear the symbol. I am happy to buy another apron to ensure there is no financial hardship on Kroger."

The complaint alleges retaliation on the part of Kroger, arguing that other employees who simply did not wear the apron or who covered the heart symbol were not disciplined and were treated more favorably than Lawson and Rickerd.

After the two filed charges with the EEOC alleging violations of Title VII of the Civil Rights Act of 1964, the EEOC on April 29 issued Kroger letters of determination finding "reasonable cause to believe" the company violated that provision and inviting the company to participate in informal resolution of the allegedly discriminatory employment practices and relief.

However, the EEOC said in the complaint that the commission could not secure an acceptable conciliation agreement with the supermarket chain.

The EEOC asked the court to order Kroger to institute policies "which provide equal employment opportunities for Lawson and Rickerd and which eradicate the effects of its past and present unlawful employment practices."

The commission also requested "appropriate backpay" for the two former employees and other relief, including possible reinstatement, as well as punitive damages.

A spokeswoman for Kroger, Teresa Dickerson, did not immediately respond Monday to an emailed request for comment.