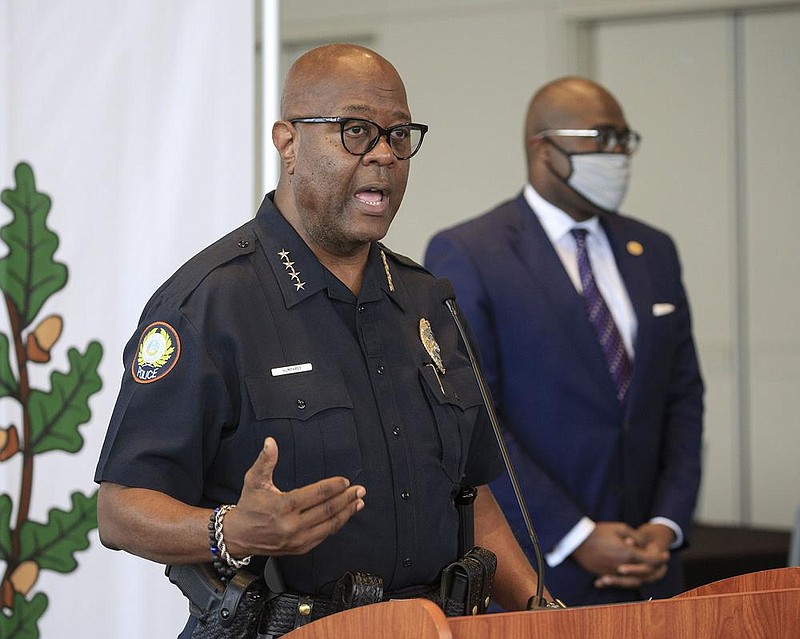 Ten members of the Little Rock Police Department's command staff have signed a letter calling on Mayor Frank Scott Jr. and the city Board of Directors to address what they described as a "very toxic, hostile and explosive work environment" created by Chief Keith Humphrey.

The officers say that Humphrey refuses to communicate with and has been verbally abusive to them as well as numerous other members of the department.

"We have attempted numerous times to address these problems directly; however, since these attempts were all rebuked and ignored, we are bringing this matter to your attention. It is our hope that you will use your authority to resolve these problems immediately," the letter reads. "A dysfunctional police department cannot protect and serve the citizens of Little Rock in the manner that they deserve. Please act soon."

Scott did not immediately have a comment on the letter Tuesday afternoon, according to his spokeswoman.

"It's pretty telling that when you have three assistant chiefs and almost all of the captains that are experiencing some sort of issues with the current police chief. It's disappointing," Vice Mayor B.J. Wyrick, who represents Ward 7, said by phone.

Wyrick, who was traveling out of state, said she hoped that board members will call for a review of Humphrey at tonight's meeting.

Via text message, Ward 5 City Director Lance Hines reiterated his past statements that he did not have confidence in Humphrey's leadership and called for his dismissal.

"When the chief becomes a bigger story than his department and now a majority of his command staff has lost faith in his leadership it is time for Mayor Scott to pivot and relieve Chief Humphrey of his command," Hines wrote.

CORRECTION: An earlier version of this article misstated how many members of the Little Rock Police Department's command staff signed the letter. Ten members had signed Tuesday afternoon.