When is a streak really a streak? 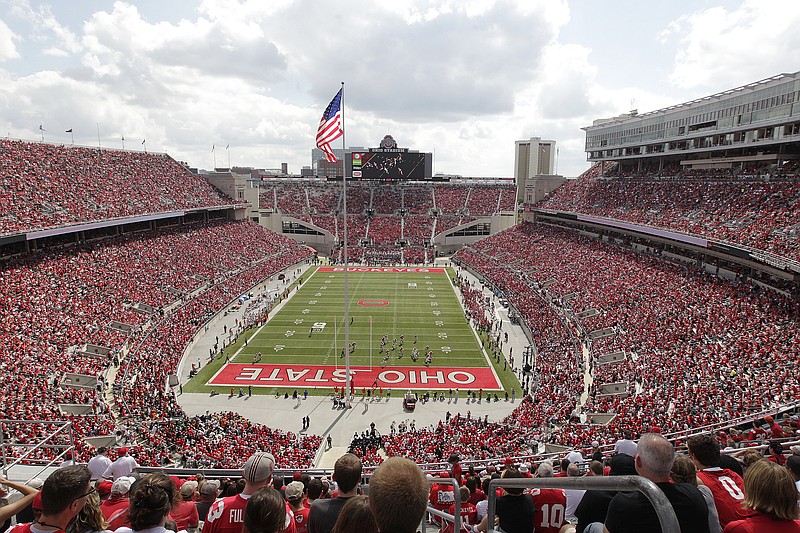 FILE - In this Sept. 21, 2013, file photo, Ohio State plays against Florida A&M at Ohio Stadium during an NCAA college football game in Columbus, Ohio. What is most commonly referred to as major college football (aka NCAA Division I Bowl Subdivision or FBS) is compromised of 130 teams and 10 conferences. Seventy-seven of those teams are scheduled to play throughout the fall, starting at various times in September. The other 53, including the entire Big Ten and Pac-12, have postponed their seasons and are hoping to make them up later. That means no No. 2 Ohio State, No. 7 Penn State, No. 9 Oregon and six other teams that were ranked in the preseason AP Top 25. (AP Photo/Jay LaPrete, File)

For the first time since the end of the 2011 season, Ohio State is not ranked in the Associated Press Top 25.

The Buckeyes' streak of 132 consecutive poll appearances is the second-longest active streak in the country, behind Alabama's 198.

Of course, in this strange season of covid-19, Ohio State's streak was neither extended nor ended when the first regular-season college football poll came out Sunday.

The Buckeyes were ranked No. 2 in the preseason Top 25, but they, along with eight other teams from the Big Ten and Pac-12, disappeared from the rankings once games started being played.

The AP instructed its voters to only consider teams scheduled to play this fall during regular-season voting. As of right now, the Big Ten, Pac-12, Mountain West and Mid-American Conference are not scheduled to play, but that might change soon with the Big Ten.

The AP is a news organization, not a stat keeper so it won't be making any kind of ruling.

Reality Check will simply record what has happened. If and when the Buckeyes and those other teams are up and running and presumably back in the rankings, a notation will be made that their streaks only includes polls in which they were eligible to be ranked.

With that, Reality Check runs down the teams that did make the Top 25 this week. One for the first time in more than 75 years.

REALITY CHECK The Tigers got immediate contributions from five-star freshman defensive linemen Bryan Bresee and Myles Murphy in an easy victory against Wake Forest. "They're freshmen on paper only," Coach Dabo Swinney said.

REALITY CHECK This is Alabama's 43rd appearance at No. 2 under Nick Saban to go along with 91 appearances at No. 1. Both are by far the most in college football from 2008-20.

REALITY CHECK It was against Missouri State so no reason to go crazy over Spencer Rattler's debut. But Rattler and receiver Charleston Rambo make up the coolest sounding pass-catch combo in the country. Rattler to Rambo.

NEXT at Mississippi, Sept. 26.

REALITY CHECK The Gators moved up three spots from the season-opening poll with Penn State dropping out and some key opt outs from LSU's roster costing the Tigers some voter confidence.

NEXT vs. Mississippi State, Sept. 26

REALITY CHECK Since the preseason poll, the Tigers have had All-America receiver Ja'Marr Chase and star defensive tackle Tyler Shelvin opt out. Still, lot of talent in Baton Rouge.

NEXT vs. South Florida, Saturday

REALITY CHECK The Irish have some explosiveness in the backfield in sophomore Kyren Williams and freshman Chris Tyree.

REALITY CHECK The delayed start to the season has helped the Tigers, who have been dealing with some covid-19 issues.

REALITY CHECK A 78-yard touchdown pass from Sam Ehlinger to Joshua Moore on the first play from scrimmage against UTEP was a nice way for new offensive coordinator Mike Yurcich to debut with the Longhorns.

REALITY CHECK The Aggies leading returning receiver Jhamon Ausbon has opted out, but A&M has some intriguing young options to replace him.

NEXT vs. Tulsa, Saturday

REALITY CHECK Cowboys had to wait a week to open after Tulsa needed to postpone because of covid-19 problems.

NEXT vs. Charlotte, Saturday

REALITY CHECK Tar Heels were a great fourth-quarter team last season and put Syracuse away in the opener with three touchdowns in the final 15 minutes.

NEXT vs, Austin Peay, Saturday

REALITY CHECK Pitt beat Austin Peay so bad the teams agreed to shorten the second half to 20 minutes. Something for the Bearcats to shoot for.

NEXT at Georgia Tech.

REALITY CHECK The Yellow Jackets' opening win showed they might provide a stiffer test to the Knights than first thought.

REALITY CHECK Another SEC team that has battled with covid-19 and is benefiting from the delayed start.

REALITY CHECK The Tigers won their opener, but covid-19 caused their scheduled game on Friday to be postponed. They hope to be ready to go the next week.

NEXT at No. 18 Louisville, Saturday

REALITY CHECK Micale Cunningham might the most underrated quarterback in the ACC. That won't last much longer.

NEXT at Georgia State.

REALITY CHECK The Ragin' Cajuns showed some SEC-like speed and a swarming defense in an upset of Iowa State. And now they're ranked for the first time since 1943.

NEXT vs. North Carolina State, Sept. 26.

REALITY CHECK Two postponements already for the Hokies. But, hey, now they're ranked.

REALITY CHECK The Cougars looked awesome against Navy, but are now in a holding pattern with their game against Army next weekend postponed because of covid-19. We'll have to wait a week to see how much that opener was BYU being excellent and how much was Navy being unprepared.

REALITY CHECK No team in the country has started the season looking better prepared than Army, which explains why its athletic director took to Twitter on Sunday to find an opponent to replace BYU.

NEXT at Marshall, Saturday

REALITY CHECK For the first time, the Sun Belt conference has two teams ranked at the same time. Appalachian State and Louisiana could definitely hang with most Power 5 schools.

REALITY CHECK An argument could be made the Wildcats deserved a spot in the preseason poll. Coach Mark Stoops' bunch is tough up front.

NEXT vs. Syracuse, Saturday

REALITY CHECK Panthers did not receive a point in the preseason poll. That was probably an oversight. 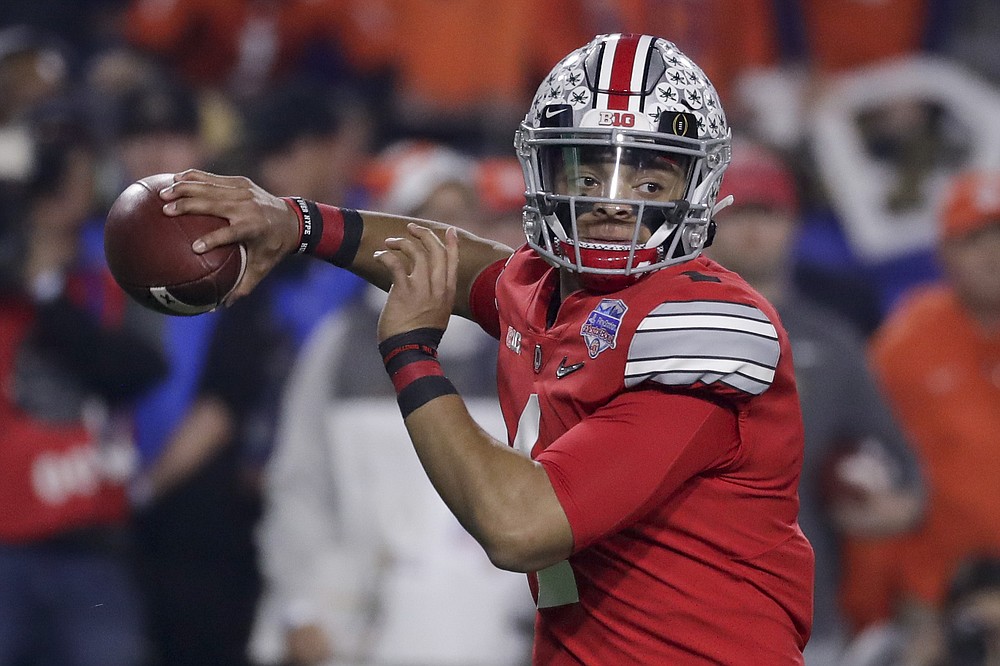 FILE - In this Dec. 28, 2019, file photo, Ohio State quarterback Justin Fields throws a pass against Clemson during the first half of the Fiesta Bowl NCAA college football playoff semifinal, in Glendale, Ariz. Clemson is preseason No. 1 in The Associated Press Top 25, Monday, Aug. 24, 2020, a poll featuring nine Big Ten and Pac-12 teams that gives a glimpse at what’s already been taken from an uncertain college football fall by the pandemic. Ohio State was a close No. 2. (AP Photo/Rick Scuteri, File)
ADVERTISEMENT