Mother of woman killed in police raid calls for charges against officers by DYLAN LOVAN THE ASSOCIATED PRESS | September 16, 2020 at 4:48 a.m. 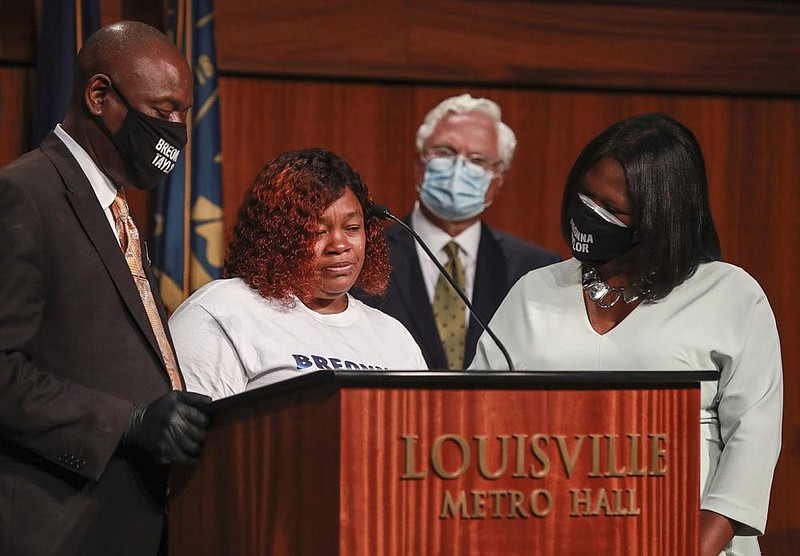 LOUISVILLE, Ky. -- The city of Louisville, Ky., will pay $12 million to the family of Breonna Taylor and reform police practices as part of a lawsuit settlement months after Taylor's slaying by police, Mayor Greg Fischer announced Tuesday.

Taylor's death sparked months of protests in Louisville and calls nationwide for the officers to be criminally charged. The state's attorney general, Daniel Cameron, is investigating police actions in the March 13 fatal shooting.

At Tuesday's news conference, an emotional Palmer pushed for charges against the officers involved in the shooting.

"As significant as today is, it's only the beginning of getting full justice for Breonna," Palmer said. "We must not lose focus on what the real drive is and with that being said, it's time to move forward with the criminal charges because she deserves that and much more."

The lawsuit, filed in April by Palmer, alleged the police used flawed information when they obtained a "no-knock" warrant to enter the 26-year-old woman's apartment in March. Taylor and her boyfriend were roused from bed by police, and her boyfriend, Kenneth Walker, has said he fired once at the officers thinking it was an intruder. Investigators say police were returning fire when they shot Taylor several times. No drugs were found at her home.

"We won't let Breonna Taylor's life be swept under the rug," said Benjamin Crump, an attorney for Taylor's family.

Crump said the $12 million settlement is the largest such settlement given out for a Black woman killed by police. He also called for charges against the officers and urged people to "say her name," a phrase that has become a refrain for those outraged by the shooting.

[Video not showing up above? Click here to view » https://www.youtube.com/watch?v=0eJ9-RR5SS0]

Fischer said the civil settlement has nothing do with the criminal investigation.

Asked about the criminal investigation, Senate Majority Leader Mitch McConnell, who represents Kentucky, told reporters Tuesday "the investigation seems to have been more complicated than a lot of people felt." He said he has confidence in Cameron and stands by him.

The Louisville news conference was broadcast over a loudspeaker downtown and protesters listened as they sat around a memorial to Taylor.

Protesters gathered Tuesday at what they have renamed "Injustice Square" to listen to the news conference on loudspeakers. Some had been there every day for 113 days, demanding justice for Taylor.

In the time since Taylor's shooting, her death -- along with George Floyd and others -- has become a rallying cry for protesters seeking a reckoning on racial justice and police reform. High-profile celebrities like Oprah Winfrey and LeBron James have called for the officers to be charged in Taylor's death.

Palmer's lawsuit accused three Louisville police officers of blindly firing into Taylor's apartment the night of the March raid, striking Taylor several times. One of the officers, Jonathan Mattingly, went into the home after the door was broken down and was struck in the leg by the gunshot from Walker.

The warrant was one of five issued in a wide-ranging investigation of a drug trafficking suspect who was a former boyfriend of Taylor's. That man, Jamarcus Glover, was arrested at a different location about 10 miles away from Taylor's apartment on the same evening.

The settlement includes reforms on how warrants are handled by police, Mayor Fischer said. Other reforms seek to build stronger community connections by establishing a housing credit program to encourage officers to live in certain low-income areas in the city. Officers will also be encouraged to perform two paid hours of volunteer work every two weeks in the communities where they serve. The city will also track police use of force incidents and citizen complaints.

Information for this article was contributed by Claire Galofaro of The Associated Press. 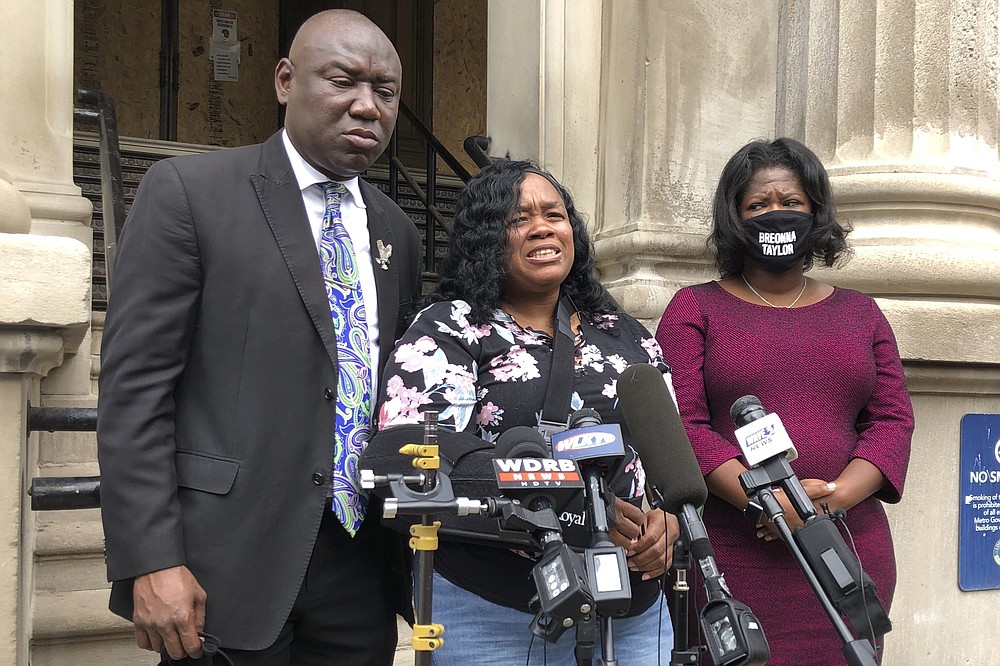