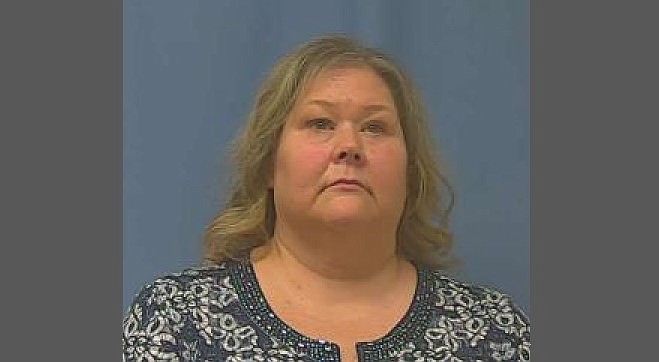 Tracey Ray, the former clerk of Center, Mo., has not been criminally charged with financial crimes, but an investigation continues.

Meanwhile, Ray is facing four felony charges for an exchange of gunfire that injured the Ralls County sheriff and a deputy on July 2, 2019, the day city officials questioned her about financial concerns. Ray also was injured in the shooting. She was fired the next day.

Since then, her house has been sold to recoup some of the money she allegedly stole, and the small town of about 505 residents is working to get the rest back, too, Mayor Dennis McMillen said.

A phone message left with Ray’s attorney was not immediately returned.

The state audit was initiated after a whistleblower complaint last year, Galloway’s office said in a news release. The audit alleges that more than $200,000 in city funds were used to pay Ray’s charges to Amazon, Walmart, hotels, restaurants and a hair salon. City funds were also used to pay taxes, mortgage payments and for life insurance, auditors said.

“This audit details a serious breach of public trust and exposes years of dishonesty at the expense of taxpayers,” Galloway said. “The abuses by the former clerk, which include using taxpayers’ dollars to pay for concert tickets and vacations in Branson, Colorado and Las Vegas, are just egregious.”

The audit found that Ray falsified records to the city board to cover her actions.

Ray had worked as town clerk since 2004, McMillen said. McMillen and other town leaders work part-time, and McMillen said Galloway was correct in citing a lack of oversight as part of the problem.

“We are taking steps to correct what happened,” McMillen said.

Ray’s house was sold for $98,000, and all of that money will go to reimburse the town, McMillen said. “We’re doing everything we can to recoup [the rest],” he said.

McMillen said details of the audit will now be turned over to prosecutors.

Sheriff Gerry Dinwiddie and Chief Deputy Ronald Haught were injured with bullet fragments and ground debris during the exchange of gunfire in July last year, a police report said. Ray was treated at a hospital for three gunshot wounds.